Video Games are too Violent

The latest news in the world of video games at Attack of the Fanboy
January 4th, 2013 by William Schwartz 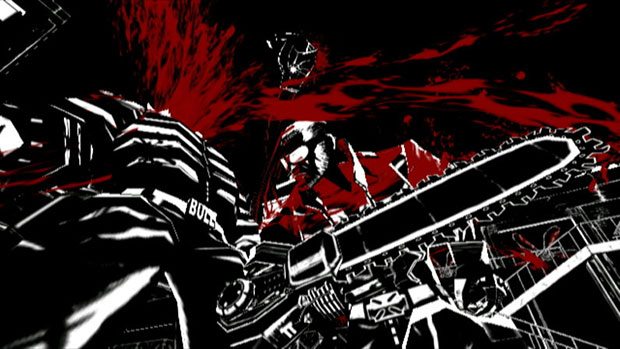 Violent probably isn’t the best word.  Violence implies acting out of anger and aggression, or in a dictionary definition, ‘a vehement feeling or expression of destruction.’  Modern day games, films and TV programs rarely show violence in it’s true form, it’s primal nature.  Video game violence/gore is more like a tool to express character growth and fantastical power that we can never achieve in real life.  Level up your one handed skill enough in Skyrim, and you’ll soon have a chance to decapitate your enemies.

I’d hate to be the one that sounds like a lapdog or a bandwagon dragon for the latest counter culture movement, like the NRA’s stance against games or a small town in Connecticut’s plan to incinerate violent video games.  But maybe it is time to tone it down, not because it’s causing more violent acts, but because it’s destroying creativity and holding back the growth of video games.

**bandwagon dragon = Some one who jumps onto a cause and follows or leads it with more fervor, dedication, and resources than the one who created it.  Like so many Hollywood stars.** 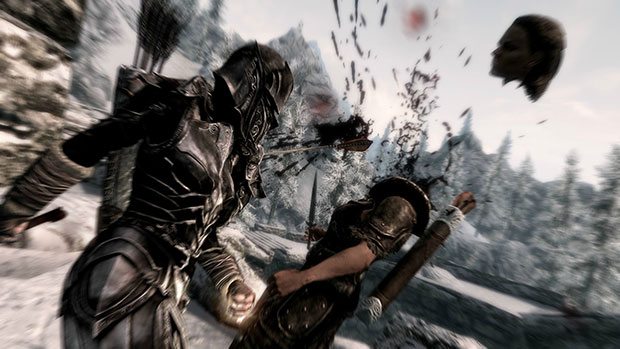 I was watching the Dredd reboot recently and I couldn’t help but compare it to it’s companion cult classic of last year, Drive.  (There’s always one every year.)  The difference between Drive and Dredd is simple, one is a character study first and violent film second, and the other is a gore fest first, and character study second.

The rebooted Dredd was a great movie, one of the better super hero movies of our time.  I liked the way it slowed the pace early in the film with the trippy slo-mo scenes before blitzkrieging us with action sequences.  The characters were well written, and even though it took a back seat to the splattery action, it was a character study.  I got the feeling Judge Dredd changed more by the end than his rookie-chick, buddy-cop.

Drive portrayed violence a little more naturally.  It wasn’t a splat gore movie or torture porn genre flick, it was just violent and angry at times.  The scene where Ryan Gosling skull stomps a mobster in the elevator with Carey Mulligan’s character watching is truly gruesome.  They don’t show much in terms of gore, but you can hear the bones cracking in the dude’s face as the protagonist stomps away the life of a nameless character.  Yet the scene has more power than any gory gunplay scene in Dredd, or any video game ever made.  I think the key difference is anger, aggression and style, or lack thereof.  Ryan Gosling’s character didn’t appear entirely angry, but he did feel committed.  Like he hadn’t performed an act like this for a long time, but knew how to do it and either didn’t know or didn’t care that some one was watching.  I think he secretly wanted Carey Mulligan’s character to see what he was really like.  Drive was violent.  American History X was violent.  Dredd was not.  Even the Walking Dead TV series and interactive drama are not violent.  The same for most video games.  Not truly violent.  And everybody can tell the difference. 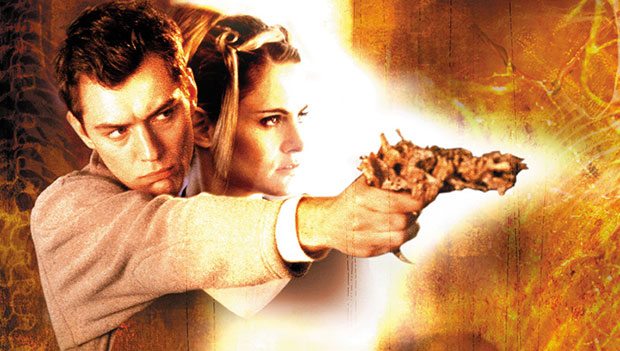 But Dredd, and nearly every single video game, are genre pieces.  There’s a really great interview, or re-interview with David Cronenberg by IGN about why he doesn’t want to make a super hero moive, even though he’s already made genre movies in the past.  The Fly, Existenz, Scanners.  And a non genre, yet sourced from a graphic novel, A History of Violence.  Paraphrasing Cronenberg, once you commit to making a genre movie (or game) you put yourself inside a box from which to choose ideas.  That box is fairly tight, filled with other people, and ultimately restricts control and creation.  According to Cronenberg, Christopher Nolan may be the best at what he does, but he’s not truly creating anything new and doesn’t have as much control as some people think.  That may or may not be a bad thing, it depends on what the filmmaker or game developer wants to be doing at any moment.  It’s clear what Cronenberg wants to be doing.  To sum it up, art is outside the box, genre is within. 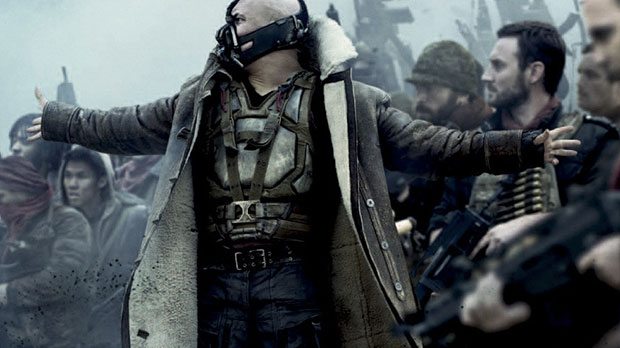 Video games aren’t really on par with film just yet, even though movies are shifting wildly towards one direction.  Everything is pretty much inside the box with video games, it’s all genre.  It seems like 50% of games have to include zombies or have the word ‘Dead’ in the title.  All games need multiplayer, whether or not it makes sense  An FPS is going to have it’s share of brain ‘sploding headshots, and most games are rated M because of their gore factor, not because of strong themes or true violence.  And certainly not sex.  That is the ultimate video game taboo right now.  It’s okay for books and sometimes movies.  Rarely for games.

I don’t agree with the NRA or any crazy extremist groups claiming video games are evil and corrupting our youth.  But they almost…sort of…kind of…have a point.  Maybe.  Modern video games are turning us into culture zombies.  And neutering our hunger and ability to experience and analyze art.

Indie games and next gen story telling might help, serialized adventures like Mass Effect and the Walking Dead Game.  But projects like Six Days in Fallujah and the Last Guardian need to finally see the light of day, games that have the potential to move the medium forward.

Games need to dial down the gore and violence and start acting their age.  Not because it’s desensitizing our youth and making them more prone to violent acts.  But because it’s stupid and boring.  And immature.