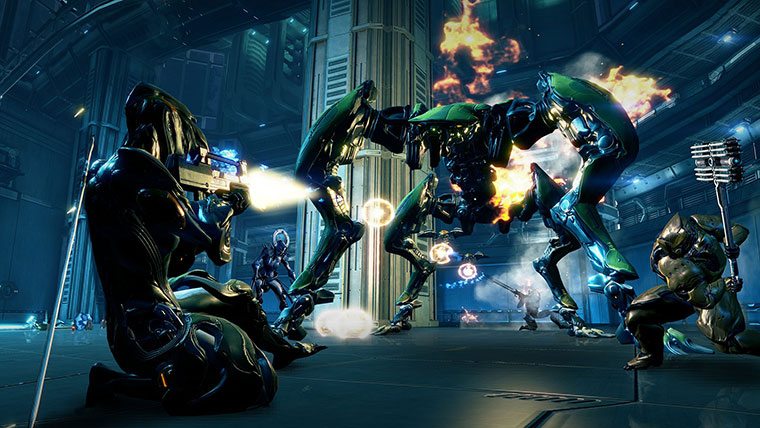 The first Warframe update of 2015, which is out today for PC and coming soon for PlayStation 4 and Xbox One, brings in a variety of content and a reworking of PvP. The update entitled “Sanctuary” sees what Digital Extremes is calling “PvP 2.0” being added to the game. Gamers can put it to good use by taking on other Tenno in a game of Cephalon Capture across three new maps. As well as the maps, new PvP challenges will help players through the changes to the PvP game mode.

The arsenal sees a couple of new additions with KOHMAK and RIPKAS weapons now available. The KOHMAK is a hand-shotgun which doubles its volley with each successive shot and the deadly sounding RIPKAS is a pair of motorized saw fists. Those weapons alone make this update sound epic but there is more! The biggest introduction from the update comes in the form of a brand new Warframe, Chroma. Aiming to do “something that none before it has…” Chroma can change his damage by changing his energy colour. Check out some explosive Chroma action below, as well as learning a bit about the new epic Warframe!