The latest news in the world of video games at Attack of the Fanboy
March 29th, 2012 by William Schwartz 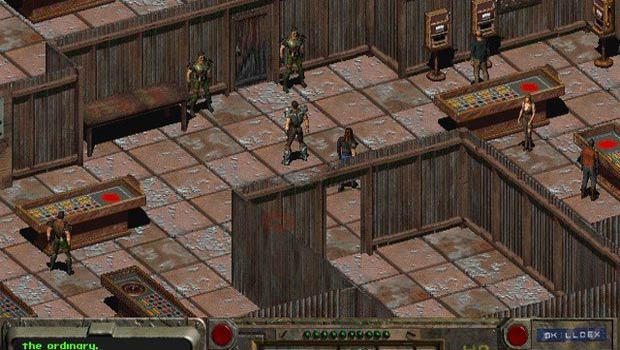 Interplay founder Brian Fargo spoke to Ripten recently about the much anticipated RPG, Wasteland 2, the sequel to the over twenty year old game that heavily influenced the development of the Fallout series. However, in that same interview, Fargo stated that publishers in the indsutry often treat their developers very poorly with overly strict release schedules and too much creative control over the developer’s vision.

“…You would not believe the stories you hear about how developers are treated by publishers these days. It is abysmal.”

-Why don’t we hear more about it…?

“Because they are afraid to talk, because they’ll never get another contract if they do. That’s why. You cannot believe… it’s awful. It’s really bad. You should try to dig in and get some stories out there. Look at the most recent one with those poor guys at Obsidian. They did Fallout: New Vegas, the ship date got moved up and, who does the QA on a project? The publisher is always in charge of QA. When a project goes out buggy, it’s not the developer. The developer never says, “I refuse to fix the bug,” or, “I don’t know how.” They never do that. It’s the publisher that does the QA, so if a product goes out buggy, it’s not the developer’s fault. So, (Fallout: New Vegas) goes out buggy and they didn’t do the QA, their ship date got moved up and they missed their metacritic rating by one point. Did they get a bonus? No. Do you think that’s fair? I tried to get some of my publisher friends, who I used to make a lot of money for, to donate. Do you think they donated? No. Their employees did.”

Fargo goes on to admit that he can’t say that ‘all’ publishers are this inhibiting, since he hasn’t worked with all of them, but between his own horror stories and those of other developers, he believes many of them are. Rest assured, fans of Wasteland will be pleased to know that the game is not being financed by any publisher, but by the fans themselves! Yes, the fans have told the developers exactly what they would like to see from Wasteland 2 and have donated over $1 million dollars (and counting) to the cause.

Fargo believes that, because they are on the “frontlines” with their fans, the process is more much fun and will ultimately help deliver a much better product.

“Kickstarter and Steam allow me to bypass publishers and bypass retail. I think the world is going to go toward creative people carving out a direct relationship with their fans, and they are going to find a way to do business in their niche. It could be someone that makes model train simulators with their 10,000 fans or RPGs with millions of fans.”

Perhaps this may start a trend in the industry? Probably not any time soon, but if the fans want to take part in this idea, it would be interesting to see how publishers would adapt. You can read the full Ripten interview by clicking the link above and feel free to donate some money to help develop Wasteland 2 here. Who knows, you may even help make some history? At least you know you’ll be helping develop a pretty major game. What are you waiting for?