New This Week in Video Games | Look For DOOM BFGs

The latest news in the world of video games at Attack of the Fanboy
October 14th, 2012 by William Schwartz 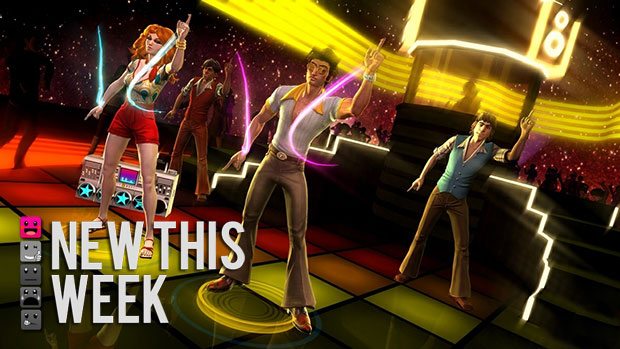 Doom 3 BFG Edition – Xbox 360, PlayStation 3, PC – DOOM 3 BFG Edition is the ultimate collection of groundbreaking games that defined the First-Person Shooter (FPS) game genre. The collection includes DOOM, DOOM 2, DOOM 3, and DOOM 3: Resurrection of Evil, as well as the ‘Lost Mission.’ All DOOM 3 content has been re-mastered for Xbox 360 for an even more terrifying FPS experience, and as the subtext to the edition’s name suggests, all the content included feature guns and other weapons of substantial power and size.

007 Legends – Xbox 360, PlayStation 3 – James Bond: 007 Legends is an Action-Adventure First-Person Shooter set to release during the fiftieth anniversary of the James Bond film franchise. The overall storyline of the game is woven together through mission play that is based on the plots of several Bond movies, including the 2012 release, “Skyfall.” Additional features include: investigative, surveillance and stealth skills, dynamic freeform melee action, signature Bond weapon, gadget and vehicle play scenarios, Iconic villains, and diverse multiplayer options.

Ravaged – PC – Ravaged is an intense online multiplayer first-person shooter like no other. Ravaged is designed with a heavy focus on vehicular combat taking place on vast maps that will have you strategically duking it out on land and in air with over 40 vehicles and weapons.

Dance Central 3 – Xbox 360 – With Dance Central 3, you’ll travel back through time to learn the best dance crazes from across the ages, including disco moves of the 70’s, hip-hop moves from the 80s and the hottest moves on the dance floor today – all set to an electrifying soundtrack of 45 chart-topping dance hits. More friends can get in on the fun than ever before with a new multiplayer party mode for up to 8 players – jump right into the game and get everyone dancing! Hot new moves, today’s top songs, and more ways to play– this fall own the dance floor with Dance Central 3, only on Kinect for Xbox 360.

Mugen Souls – PlayStation 3 – There exists a small galaxy in the universe containing seven worlds, shimmering in seven colors These worlds exist and act independent of one another. This has allowed them to develop and nurture rich, unique cultures. Then one day, a decree was sent out “I’m gonna make everything in each of these worlds bow to me!” – The Undisputed Goddess, Chou-Chou

Silent Hill: Book of Memories – PS Vita – Book of Memories is an all-new game in the Silent Hill series, with a unique premise and storyline. The story begins with a strange book that is received and inside that book is your entire life story to this point, everything that’s ever happened to you; all of your memories. You discover that by altering what’s written… you can actually change the past. You can write your own ideal history.

Dokuro – PS Vita – The demon lord has captured the princess. Tragically, you are a Dokuro skeleton under him. But Love Conquers All, you’ve decided to become a prince to rescue her from her cell. With the princess in tow and the Sony PS Vita in your grasp, you go off on a journey. Set off traps in the demon lord’s castle and fight against the ghouls. The love struck Dokuro has two forms, the Skeleton and the Prince Charming. Switch between the two appearances when you fight. You’ll win different coloured chalks on your way. Draw lines on the screen to lengthen ropes, light up the fire, and melt the ice. Use everything in your environment to defeat enemies.