Wii U 50% More Powerful Than PlayStation 3 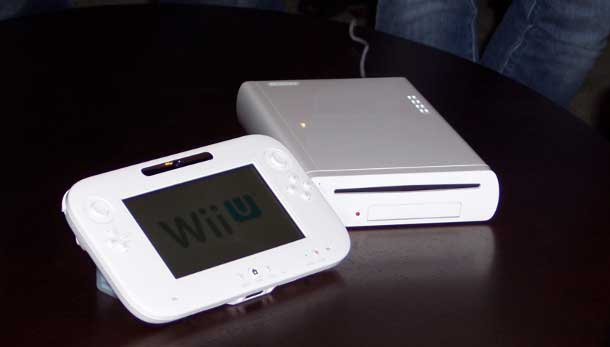 Nintendo’s next generation console, the Wii U, will be making the jump into the HD era of gaming in a big way come 2012. Just revealed at E3 2011, the console came under some question regarding the power its packing behind its sleek exterior, and flashy control scheme. The console will definitely be supporting 1080p resolution, much like current generation machines, but Nintendo did little to explain any of the other technical specifications behind the Wii U.

Rumor had it that the console would be slightly more powerful than current generation consoles, Xbox 360 and PS3. Recent comments from an industry analyst who spoke with developers working on the console, claim that “slightly more powerful” means about 50% better than the Xbox 360 and PlayStation 3. The company really didn’t showcase this extra power, opting to show demo footage which was derived from the machines they were competing with.

Whether developers outside of the first party Nintendo studios will be able to take advantage of this extra power is yet to be seen, and likely won’t be for some time as the console isn’t due out for almost a year.

Despite the recent developments on the technical specifics of the console, analysts have been chiming in to give their take on what they saw at this year’s E3. From a business perspective, it isn’t pretty. Michael Pachter of Wedbush Morgan believes that the Wii U is arriving “two years too late”.

“We think that Wii U is arriving two years late, given that the other HD consoles already have peripherals for movement. As Nintendo did not provide any specifics around the new console’s power or pricing (Nintendo used PS3 and Xbox 360 game footage in the Wii U Presentation), we are assuming that the Wii U is unlikely to provide greater power than the current HD consoles,” claimed the analyst. “If that is the case, we believe Nintendo has conceded a tremendous first mover advantage to Microsoft and Sony, which launched Kinect and Move control schemes, respectively, in late 2010.”

If developers can harness the extra power in the machine, it could wow the consumer, and in turn please the analysts. Nintendo’s company stock has seen a precipitous decline since the Wii U was announced last Tuesday.