Will Brendan McNamara’s “Great Untold Story of the 20th Century” Be Worth It? 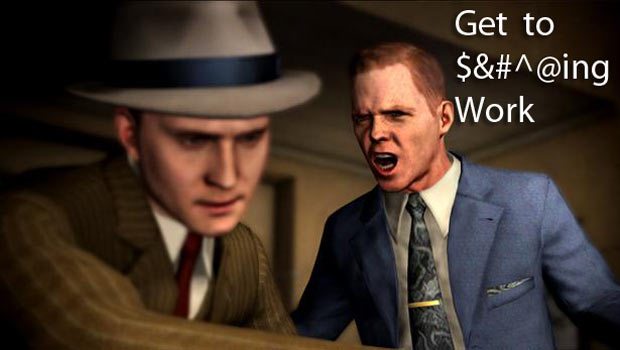 It is an unfortunate thing that L.A. Noire has become synonymous with unfair and unethical development practices within the gaming industry, because it is a great game with an unforgettable experience. Yet with the emerging allegations of Team Bondi’s horrid working conditions, one would assume that the people who oversaw such conditions would not again be placed in a position of leadership.

Brendan McNamara, founder of Team Bondi and one of the lead developers behind L.A. Noire, continues to face heavy criticism over the alleged “crunch” periods that he forced Team Bondi employees to endure. Even amidst this overwhelming pressure and disapproval, McNamara remains extremely confident that another studio will grant him a second chance. So much so, that he has already announced that he is busy working on a game that will deal with “one of the great untold stories of the 20th Century”.

“I learnt a tonne of things from doing L.A. Noire which will hopefully play into what we do next,” said McNamara. “I’m personally just writing some new stuff now, which I’ve been pitching around for the last couple of weeks. Hopefully I’ll have something to announce on that pretty soon.”

McNamara stated that the prospective game is similar in scale to L.A. Noire and that it will likely boast the same type of mega-budget.

L.A. Noire broke ground with its MotionScan technology used to simulate human facial features and even the subtlest of reactions. The technology itself is owned by Depth Analysis, an Australian company which McNamara has access to as he stated that he is financially invested in it. McNamara didn’t rule out the possibility that his next game could also feature MotionScan.

Soon after the release of L.A. Noire, Team Bondi became the subject of controversy as reports emerged that the developer subjected employees to harsh working conditions that supposedly involved unpaid overtime for 100+ hour work weeks and lead programmers who misused their positions. Ex-Bondi employees stated that leading developers handed down numerous tasks to entry level programmers whose salary did not compensate for the work that was dumped on them. The original IGN story alleges that overtime would only be paid out three months after the game was completed, which would require everyone to stay in order to be paid for it.

Lengthy crunch periods are not the only criticism that has plagued Team Bondi over the past few months. Reports also arose that many employees were left out of L.A. Noire‘s end credits, and the majority of these names were employees that had either left the developer or had been replaced by young, eager programmers as the game reached completion. In addition, it has become apparent that Team Bondi owes its former employees over $1 million in unpaid income. The studio has since been closed and is now in the process of being liquidated by the Australian Securities and Investments Commission.

L.A. Noire is a game that is far from perfect. There is never a great deal of variety in the cases especially in the early stages, and too many times do you have to chase a runaway suspect on foot until you either tackle them or get help from your partner to corner them. The game is also streamlined to a fault. It takes you by the hand so much so that it often straddles the line between gaming experience and interactive movie. For example, botching an interrogation never really poses any real consequences. A completely failed outing in the interrogation room still allows you to prosecute a suspect, though he may in fact be innocent.

Yet it is facets such as this one that make L.A. Noire the phenomenal experience that it is. A prosecution that you’re unsure about will haunt you for hours, even longer in some cases, as you question whether or not you put the right person behind bars. Only a handful of games cause you to think about your experience long after the console is turned off, and L.A. Noire is among those innovations of gaming that should be experienced at least once. The tech behind MotionScan provides players with the rare opportunity of truly interacting with in-game characters. Every faint or understated facial expression must be carefully scrutinized in order to progress a particular investigation.

Chances are we’ll look back on this game in due time and credit it as a groundbreaking advancement of the gaming world in an industry that strives to be more than simple interactive entertainment, and for this reason, we must at least keep an eye out for what McNamara’s next creative vision holds.

However, the allegations against McNamara and Team Bondi do not allow us to appreciate the quality of the work without condemning the practices that produced it. In this sense, we are faced with an imposing question: is this type of working environment worth the stress and mental strain placed on the workers responsible for creating the game as long as the end result is a game that progresses the medium? It is a question certainly without a clear-cut answer. As gamers and consumers, would you still have purchased L.A. Noire had you known the extent of the poor working conditions that were necessary to make it? Should McNamara’s game actually come to fruition, it will be interesting to see how, if at all, his business practices have changed and comparatively how well the product does commercially with the public who are now aware of his disreputable history.

Home / Game News / Will Brendan McNamara’s “Great Untold Story of the 20th Century” Be Worth It?