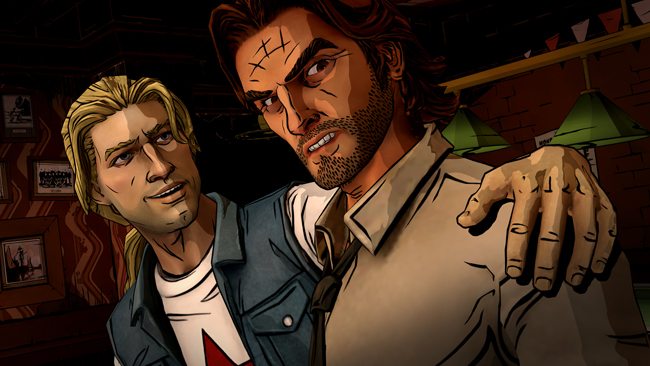 Episode 2 of The Wolf Among Us was originally rumored to arrive in November, but it looks like that date has been pushed until “after the holidays”, according to a blog update on Telltale Games’ website.

“We wanted to thank everyone for playing the first chapter in The Wolf Among Us, and ask for your patience as the team works very hard this month to finalize what is shaping up to be another episode full of surprises. We’re anticipating another update on its ETA for release very soon after the holidays, and we couldn’t be more excited to continue this series with all of you,” reads the post which was accompanied by the screenshots above and below.

Telltale Games is not only working on Episode 2 of The Wolf Among Us, but also has Season 2 of The Walking Dead arriving in mid-December.  Want to know what we thought of the first episode for The Wolf Among Us?  Head on over to our review.

Update:  Telltale has confirmed that The Wolf Among Us Episode 2 will release in the first week of February.

“The episode is looking really good (as is the rest of the season!). We are very concerned about the long delay for this episode, but this is one of those occasions where several things conspired against us (not to mention the additional delays due to the holidays).

“I won’t dive into the details, but it’s been an unusual and specific set of circumstances and we do not anticipate it happening again as we go forward with the rest of the season,” reads a post on the Telltale Community Forums.