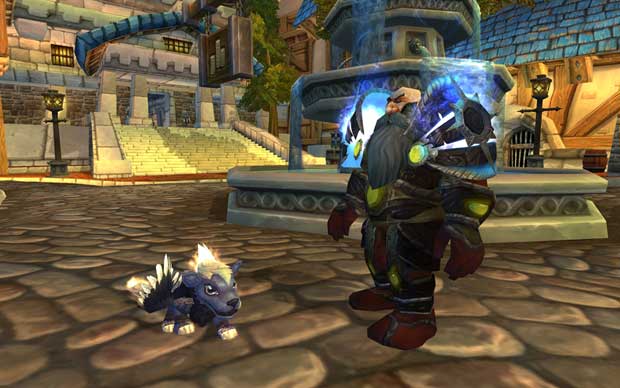 The new World of Warcraft pet that is bound to dig into the gold sellers market is now available in the Blizzard Store.  The flaming purple lion cub sure is cute, but he can also be traded for gold in the in-game auction house.  While Blizzard doesn’t say that they specifically designed the pet’s tradeable feature to combat WoW gold merchants, it will like be one way players can get around using “gold farmer” services.

“We’re ok with it if some players choose to use the Guardian Cub as a safe and secure way to try and acquire a little extra in-game gold without turning to third party gold selling services,” said Blizzard in the FAQ about the Guardian Cub.  “It’s important to note that we take a firm stance against buying gold from outside sources because in most cases, the gold these companies offer has been stolen from compromised accounts.”

It’s too early to tell if this will have the desired effects that Blizzard is hoping for.