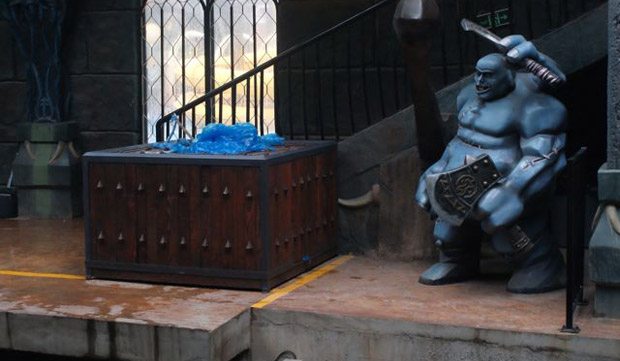 Chinese entrepreneurs have recently opened the World of Joyland theme park in the Changzhou province of China.  Not that you’ll be going anytime soon, but the “businessmen” have went ahead and designed the 30 million dollar attraction around the intellectual properties of Blizzard, without their approval.  Apparently in China, you can do whatever the hell you want, and need no approval from anyone.  The first theme park of it’s kind, completely devoted to video games (that other people created), is divided into several sections with each having a design that can be traced back to video games that have derived here in the United States, and abroad.

According to a recent report by the Shanghaiist the Chinese businessmen have big plans for the theme park, and have likened it as ” the Disney world of the east”.  Will Activision or Blizzard ever see any royalties from the blatant use of their creations?  Probably not, but as you can see in the images below, there are some undeniable similarities.