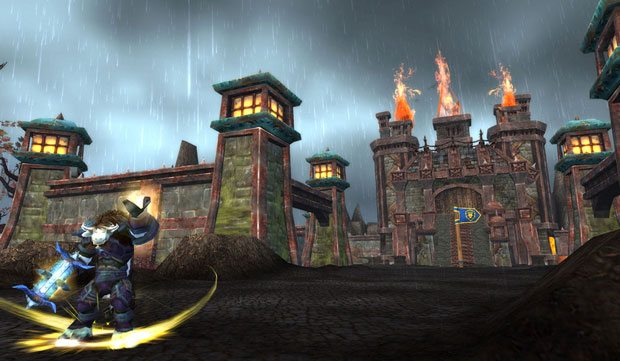 Tol Barad is the new outdoor PvP zone in World of Warcraft: Cataclysm, and with it’s increasing popularity Blizzard addressed some of the balancing issues that the zone had.  Many have complained about the balance between the attacking team and the challenges of winning as that faction.  Recent hotfixes have been added to the zone,  but the developer notes that “our job in Tol Barad is far from over” .

The next minor patch will include adjustments to design and balance issues to the attacker side.  Battle will be altered slightly so that a team with two bases captured can more easily capture a third as opposed to a team with zero bases.  Preventing defenders from turtle defense in their last base, which has been plaguing the zone.