World of Warcraft: Cataclysm is harder than before 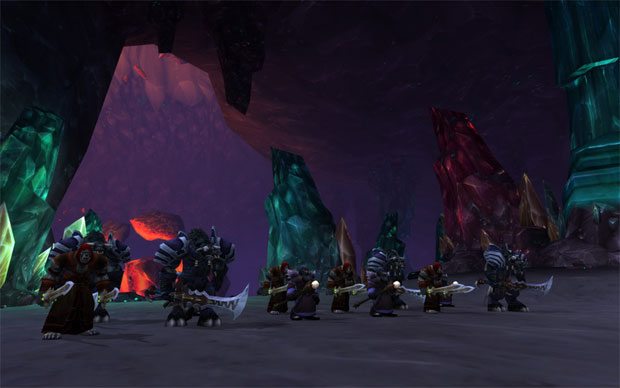 World of Warcraft: Cataclysm brought about many changes to the persistent world of the popular MMORPG.  One of the biggest gripes that World of Warcraft veterans have been complaining about is the difficulty levels which were ratcheted up on Heroic dungeons.  Players that were used to the difficulty levels of the Wrath of the Lich King era were in for a big surprise when Cataclysm released worldwide over a month ago.

The WoW community has spoken out, and developers have fired back in a recent post on Battle.net.  Claiming that although the core objective  is for everyone to have fun, “The bottom line is that we want Heroics and raids to be challenging, and that is particularly true now while the content is new and characters are still collecting gear. They’re only going to get easier from here on out. We want players to approach an encounter, especially a Heroic encounter, as a puzzle to be solved. We want groups to communicate and strategize. And by extension, we want you to celebrate when you win instead of it being a foregone conclusion.”

It doesn’t look like the developers plan to make life any easier in the dungeons of WoW either.  And their reasonings make sense, the increased difficulty leads to more teamwork, and ultimately a more rewarding experience.

But the developers advise, if you are having too hard of a time on Heroics, perhaps you should take a look at this guide they have compiled for you.

Home / Game News / World of Warcraft: Cataclysm is harder than before