WWE 2K15 May Not Include Zack Ryder

The latest news in the world of video games at Attack of the Fanboy
August 25th, 2014 by Damian Seeto 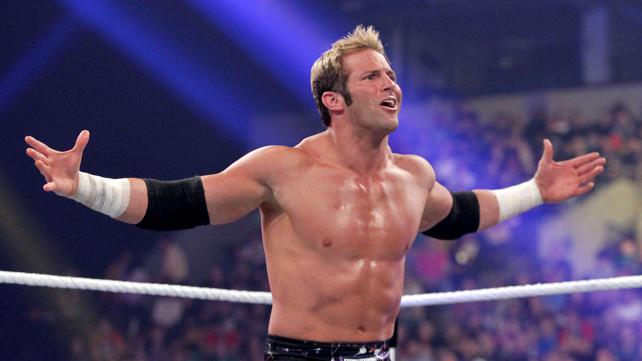 If you are a fan of Zack Ryder, you may be disappointed to know that he may not be in WWE 2K15.

Zack Ryder held a Q&A session on Twitter. I managed to ask him myself if he will be in WWE 2K15. He replied to me by saying “I don’t think so”.

As you may have seen earlier this month, the first announcement for WWE 2K15’s roster was revealed. Zack Ryder’s name was not on the list sadly. This is unfortunate considering he’s part of the main WWE roster. Although on the other hand, he’s hardly ever been put on TV these days.

2K Games did tease there will be more names to be announced for the WWE 2K15 roster in the near future. It’s likely wrestlers like Rusev, Paige and others will be revealed. There might be a small chance Zack Ryder is revealed, although it seems unlikely.

2K Games asked wrestlers to be scanned for the WWE 2K15 game. If Zack Ryder was in the game, he would have done that already. It sounds like 2K Games didn’t ask him to be scanned which might be a good sign they left him out of the roster.

Let’s end this by saying this. No Zack Ryder in WWE 2K15? Are you serious bro?

Home / Game News / WWE 2K15 May Not Include Zack Ryder