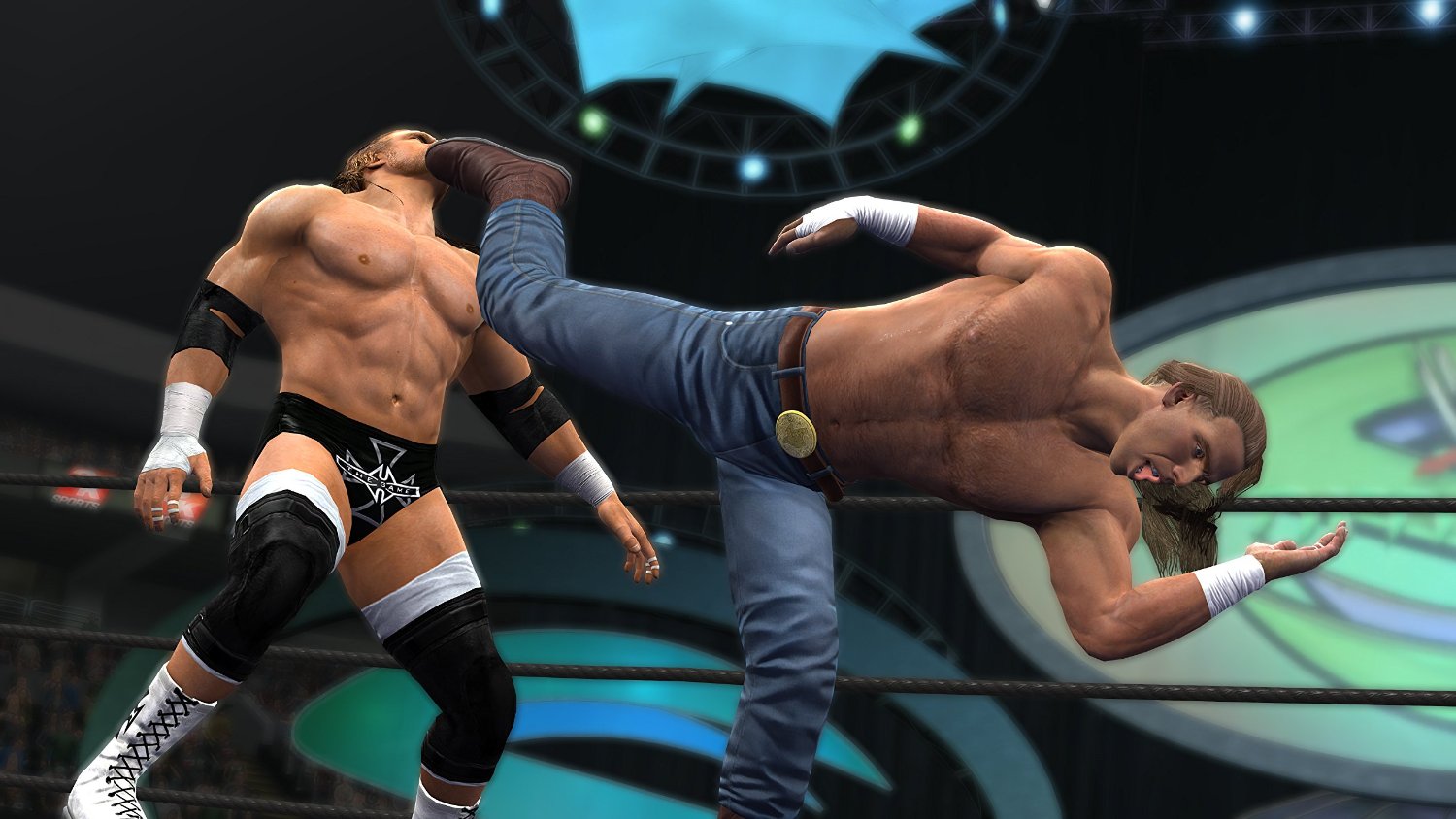 Amazon has managed to post some new screenshots for WWE 2K15 which takes our first look of the graphics in the PS3 and Xbox 360 versions of the game.

The other screenshot for WWE 2K15 just shows John Cena facing Bray Wyatt on Raw. This is our first look at Bray Wyatt and he looks decent enough. Too bad they didn’t show what CM Punk looks like, but we’ll have to wait until the game’s release date for more footage.

I must say, the graphics in WWE 2K15 have actually improved for PS3 and Xbox 360. The lighting changes the look of the game completely as it doesn’t appear like a PS2 game anymore. 2K Games and Visual Concepts really did improve the franchise for the better.

WWE 2K15 is still coming out October 28th for PS3 and Xbox 360 in North America. The Xbox One and PS4 release date has been delayed until November 18th.

Click the arrows above to scroll through all of the screenshots.