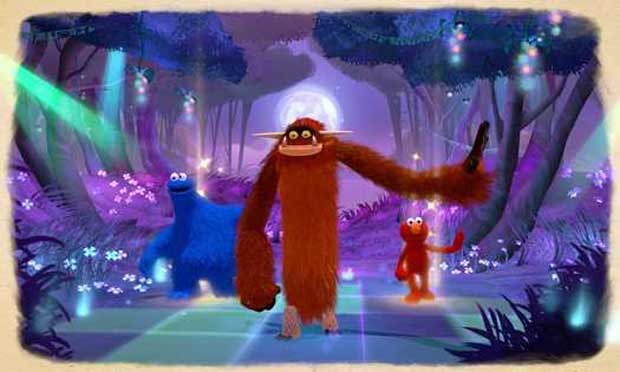 Known for his recent work on latest release, Stacking, Tim Schaefer heads Double Fine Productions.  The company is reponsible for games like Brutal Legend and Psychonauts.  Well Double Fine has a new ace up their sleeve, and it’s coming as an Xbox 360 Exclusive: wait for it… Sesame Street: Once Upon a Monster.  This marks the first time that the developer will be working on an non-original ip.  Published by Warner Interactive, the game is said to let players explore the world of Sesame Street  with characters like the Cookie Monster and Elmo all while navigating the Kinect technology.

Schaeffer had this to say:

“Sesame Street had a profound effect on me, and many members of the Double Fine team, when we were children. So did video games.”   “Now many of us are parents and we want to share with our kids the great experiences we had, but also the completely new ones made possible by cutting-edge technology like Kinect for Xbox 360. So it’s a labor of love on many levels.”

So there you have it core Xbox 360 gamers, if you were waiting on your first big announcement of 2011, the wait is over.  Sesame Street: Once Upon a Monster is coming this fall.  Get your pre-order in early to avoid a possible holiday rush.