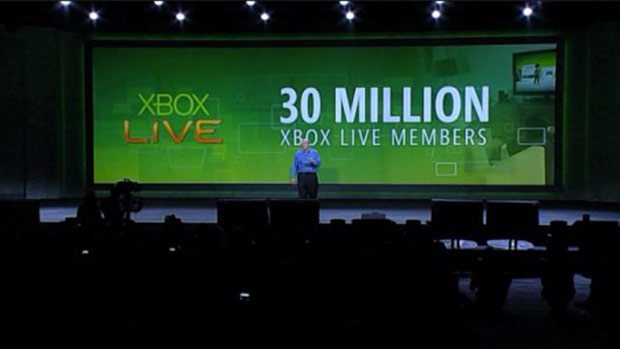 The Xbox 360 has sold 50 million units worldwide as of the announcement by Steve Ballmer at CES ’11.  In the keynote, the CEO addressed the large number of units and also spoke on the 30 million users that have Xbox Live accounts tied to those 50 million 360 units.

Up 5 million from just November 2010, which would indicate that people are signing up for the service at a rabid pace.

If my calculations are correct, which they more than likely aren’t because I was playing my gameboy under the desk during Algebra class, that’s close to one per second over the last 60 days.