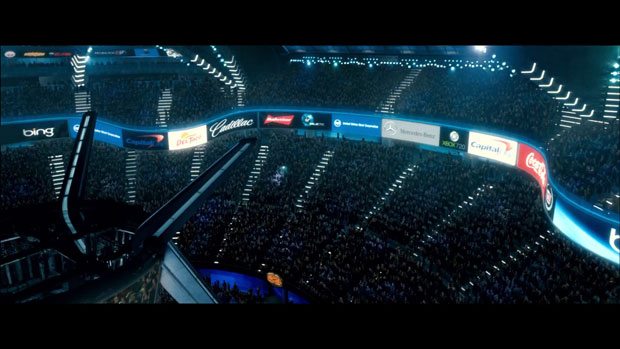 An upcoming movie titled “Real Steel”  has quite possibly given us our first confirmation of Microsoft’s next generation system.  In a trailer for the upcoming movie, one scene shows an arena where the logo for the “Xbox 720” is seen briefly.

The movie which is set in 2020, depicts a world where robots have replaced humans in the sport of boxing. It’s also a movie that depicts gamers as having an Xbox 720 in their homes as well.