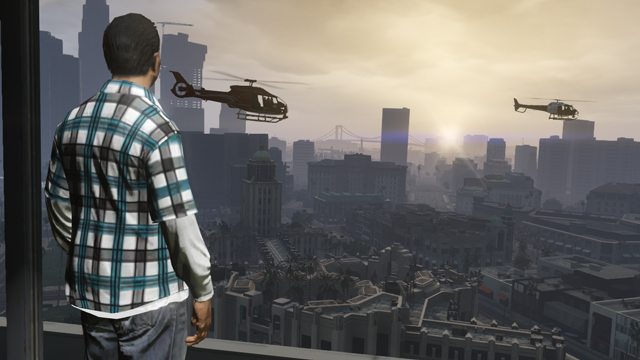 One young boy managed to save his life along with this grandfather during a serious incident while being driven home. During the ride, Charley’s grandfather blacked out and it was only because of playing Grand Theft Auto 5 did Charley learn just how to maneuver the vehicle in a safe manner.

Grand Theft Auto doesn’t get too much love within the media. Because of the mature content within the game, it’s easy to pick the game apart and reveal just why the game shouldn’t be available in today’s market especially with children. That however changes a bit today thanks to a report from Irish Mirror.

Charley, a 11 year-old boy was being picked up by his 79 year-old grandfather Finn Cullen. During the ride, Charley noticed his grandfather closed his eyes while his hands had fallen to his side. Finn had blacked out while the car was still accelerating.

Charley grabbed the wheel of the vehicle with one hand and tried to wake his grandfather with his other. With his skills from Grand Theft Auto 5 kicking in, Charley knew to take the car off the busy roads and into a gate to keep the car from crashing into anything more dangerous.

You may feel that Charley was too young to play Grand Theft Auto 5 and the game is clearly marked for a mature audience. However, it’s nice to see that the video game did help Charley in navigating the car and saving his life along with his grandfathers.