The latest news in the world of video games at Attack of the Fanboy
August 10th, 2014 by Daniel Opitz 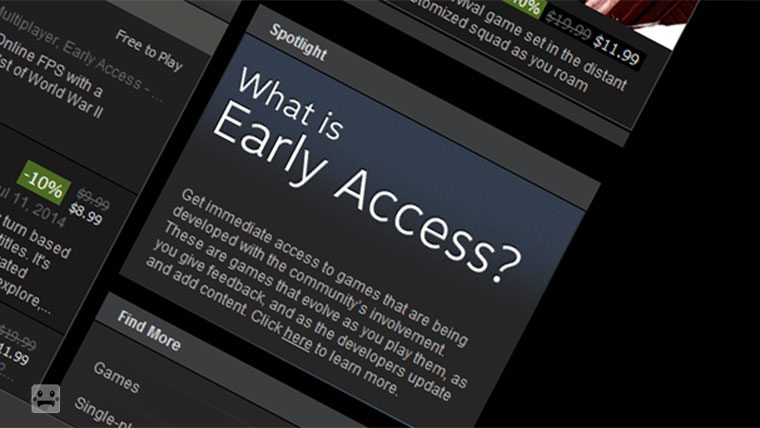 At this very moment, there are 242 titles offered in Early Access, on Steam.

Early Access can offer a great opportunity to get a first look at a game you are excited about, be involved in its development, flaws, failures and victories; A way to get behind an Indie studio, who don’t have the funds to get their game out there until they are supported – and Valve offer a massive player base for them to crowdfund their game. That’s the sole reason Steam Greenlight exists, and it’s doing a wonderful job of backing the gaming community, in general. But is the risk worth the reward?

There is a dark side to Early Access games. As someone who frequently reviews games, if I receive a key for a game in Early Access I often get asked to just make a first impression article vs a proper review. As if I, or any gamer playing it, doesn’t already know the game is in its earliest stages and that wouldn’t have been stated in any write up about it. It makes me wonder if some developers plan on never actually completing their game, or are that uncertain about their ability to finish it they don’t want to receive much in the way of media attention, preferring to leave it just in the Steam community (albeit an incredibly large community).

There was a recent addition to the program, in the form of a clause. Taken directly from the Steam FAQ page about Early Access games –

When will these games release?

“It is up to the developer to determine when they are ready to ‘release‘. Some developers have a concrete deadline in mind, while others will get a better sense as the development of the game progresses. You should be aware that some teams will be unable to ‘finish’ their game. So you should only buy an Early Access game if you are excited about playing it in its current state.”

Notice the parts I italicized? It’s becoming more apparent that Early Access is being used often as a marketing term to drive sales vs what us gamers generally take it to mean – A first look at a game we like the sound of and we get to play it as it builds into its full release. Why are the words release and finish in quotation marks? Is it part of the disclaimer, a roundabout way of Valve telling us to read between the lines, of reinforcing the fact that this ‘Early Access’ game you have purchased might actually be the game’s final build and only release? In short – Yes.

But it is more complicated than that. Responsibility about updating customers is in a limbo state, particularly after that above amendment by Valve to their FAQ. Granted, quite a few developers have taken to stating a disclaimer under their game listing that it is an early access build and the game may change significantly with updates – and they cannot guarantee when the game will be released.

Hammerpoint’s Zombie themed interactive MMO Infestation : Survivor Stories was removed from sale on Steam after the company were accused of false advertising and straight up lying to purchasers of the game. It is available for purchase now though, with a grand Metacritic score of 20. At the time where it hit the fan, Valve actually offered refunds to customers who were unhappy with the game, if they put in a support ticket. Must have been a busy week for their complaints staff.

Others may remember them taking similar action with Killing Day Studios ‘game’ Earth : Year 2066 for similar reasons. That one appears to be completely dead and buried, though, not just mauled to within an inch of its life by an angry mob of gamers. A search for it in the Steam store yields one result, a trailer, that when clicked.. takes you back to the store home page.

So, with this added clause by Valve in the Early Access FAQ page that gives them the ability to wash their hands of any developer who takes advantage of the program in a bad way, they are effectively making the statement that quality control in this area isn’t a priority and that developers have less strict rules for money grabbing than if they are running a Kickstarter campaign, where people have learned to pick who they back carefully. I suggest this choosiness will grow with Steam Early Access, given some of the dark history.

Is the responsibility then with the developer? I mean, it should be. Any developer who doesn’t want to destroy their reputation should act in a reputable manner. That said, given Valve are giving them the opportunity to hit such a large audience and sell something that for all intents and purposes could be broken, never updated and never released, surely Steam must be willing to take on some of the responsibility, if not from a legal standpoint, but to protect their reputation?

At least with Greenlight, there is some form of quality control – but Greenlight only applies to developers and publishers who are new to Steam. This does offer some hope for the future in the form of a band-aid, but there is no guarantee what stage a game will come out in on Steam after it has been Greenlit. Sure, Valve will reach out to the developer to determine their timeline for finishing the game and launching it on Steam. ‘Finished’ remains a loose term, in this case. It could simply head into Early Access and sit there in a ‘finished’ Alpha state, possibly forever, whilst the one hit wonder developer rolls around Richie Rich style in their piles of cash.

I have mentioned responsibility several times in this article and it looks like it comes down to the fact that the ultimate responsibility and enforcing 0f quality control comes down to you, us, the gamers. If we let our money do the talking and are careful about picking who and what we back, we can eliminate some of the risk involved.

It’s not that I don’t trust Valve and the Steam Client, the Early Access program, or the Developers. It’s a case of once bitten, twice shy. A case of recognizing that there are a plethora of titles constantly making themselves available for play in their earliest stages and that sometimes it takes them years to actually finish the game, by which time, another 200 games have come out and done the same thing. Look at Day Z  vs the Day Z Arma II Mod. Graphically, the Standalone is better, but we have no idea how long the ‘proper’ game is going to take to even catch up to the expansive features of the Mod. This screenshot from within the store suggests it could take another year for it to reach Beta. 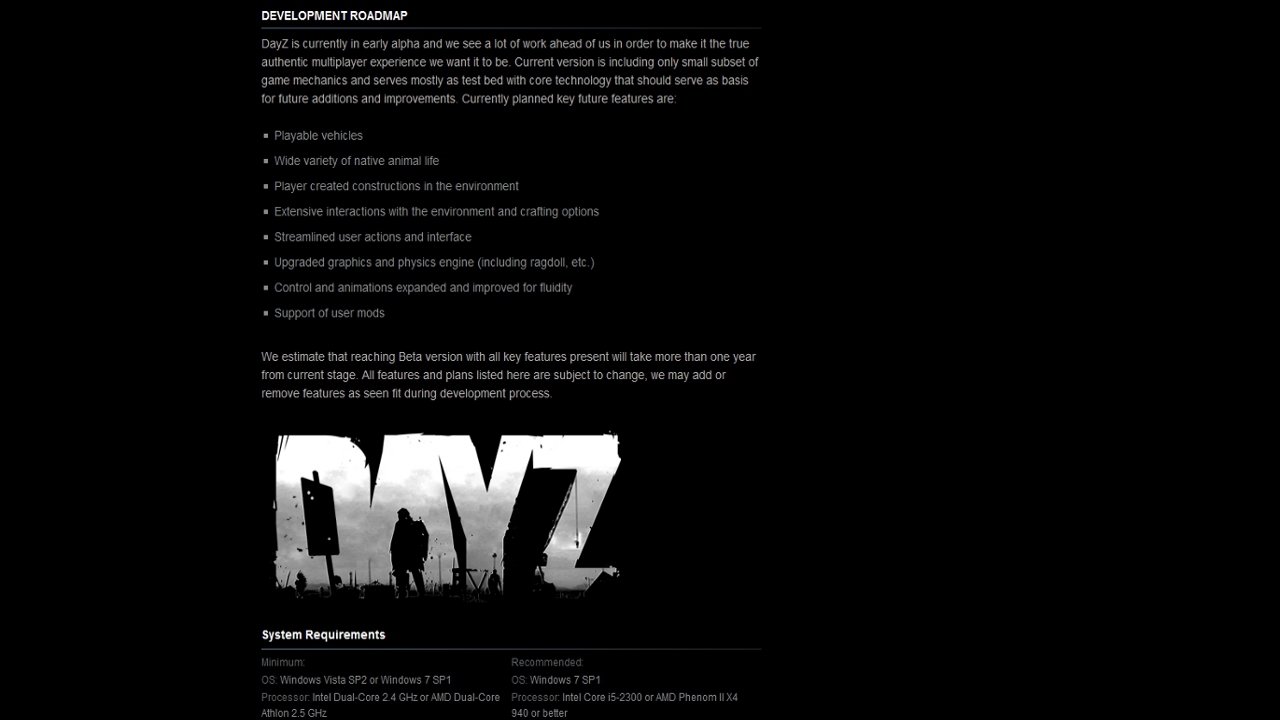 So I would put it to you – the reader and the gamer, to lessen the risk for everybody by only backing games with dedicated developers, who are committed to a timeline and keeping their project backers updated frequently. Keep a look out for those who seem to be in a rush to get their game into Early Access, without a sensible schedule for what comes next. Help be part of the creation of punctually released, complete games.

Over time, we can make the dice roll more favorably, prevent future scams and hold developers to their word, which is good, because that clause in the Steam Early Access program means there won’t be any more refunds for a game that ends up stagnant and in stasis. Considering Early Access may be coming to Xbox One and PS4, we need to start talking with our wallets. Now.