Inspiration for ‘The Last of Us’ 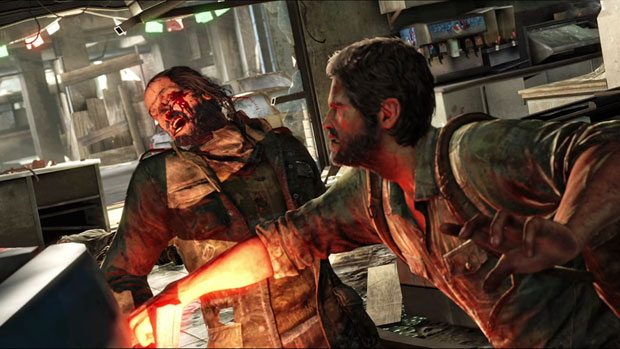 I’m sure many of you have been keeping up with the PlayStation 3 exclusive, ‘The Last of Us’.  This game developed by Naughty Dog is set for a late 2012 release. Here’s some information to catch you up on the general story in The Last of Us, if you had missed any details so far. The game starts some 20 odd years after a virus decimates most of the human population. The cities have been divided into different sections, with oppressive military checkpoints at every zone looking for those who may have been infected by the virus.

Survivors of ‘The Old World’, or the world as we know it, are few in numbers.  Joel is the character the players will be controlling, who is one of these survivors. He is a contraband smuggler, and gets handed the job of smuggling Ellie, a 14 year old girl, out of the city and across the country.  Ellie has never seen anything outside of these military zones; she was born after this disastrous event. Things soon go awry, and Joel and Ellie end up stuck outside of the military zones for good, left to survive by themselves. Joel wants to deliver the girl, which is a request from an ill friend, get paid and move on.

It is fairly obvious in this scenario where their inspiration is coming from in terms of character development.  A few good examples would be True Grit, Road to Perdition and The Road.  Naughty Dog have actually stated many movies including those to be where they did get the idea for the relationship between Joel and Ellie.  Ellie is young and innocent, a light in comparison to the dark, shady character Joel has become over time.  It is no doubt in my mind that being as apt at surviving as Joel is, Ellie’s set of skills will grow throughout the game.  Sure, the first moments outside of the gate will be overwhelming.  After she figures out the principles of living outside the gates though, she’ll soon learn ways to contribute to the journey in her own way.  While the sense of Joel s battle hardened, gritty tone will open Ellie’s eyes, I too think Joel will be offered a chance to escape some of the sorrow he has seen. This will be by interacting and travelling with such a pure individual as Ellie.

However, I’m not at all worried about it playing to close to storys it looks up to, such as the Coen brothers rendition of True Grit. It’s great to see that them drawing from good sources for the character development, really. I want to seriously care about what is happening, and really feel like I know who these people are.  What will this journey teach them as people.  I want to see progression on a smaller scale as far as story.  Not having the game be focused on the virus or fighting infected, but rather on a band of survivors and their trip is a great way to achieve a more powerful narrative.

Combine something with a character design that powerful with the incredible setting they have chosen and you’ve got a recipe for success.

Home / PlayStation / Inspiration for ‘The Last of Us’