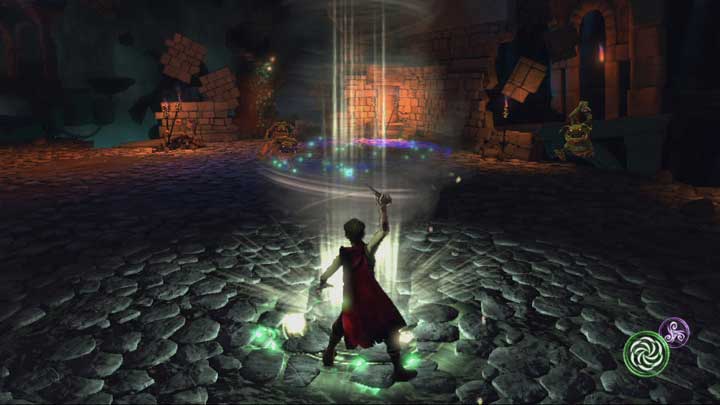 Remember when we all used to talk about which motion controller was going to be better?  The PlayStation Move and Microsoft Kinect stole the show at E3 two years ago, but since then the conversation has died down quite a bit.  Perhaps its the lack of core games that utilize the controllers to their full potential, but Sony has another ace up their sleeve for the PlayStation Move, and that ace is named Sorcery.

Sorcery was revealed quite a while ago, and went into hiatus.  Now that it’s back, and getting ready for release, Sony thinks its a game that’ll showcase its appeal to the “core” gamer better than the competition. Brian Upton recently spoke on the matter with Industry Gamers.

“I think this title does an excellent job of showing what makes Move a better a different system than other motion controls that are out there.  It’s tighter, it’s cleaner, it’s more precise.”

Since launch there’s been a drought of content for the PlayStation Move.  While some traditional games have done a great job of incorporating the motion controller into their games, ex. Killzone 3, they’re gonna need more than one game like Sorcery on the roster to justify the purchase of a Move for the mass of core PlayStation 3 gamers.