I Am Alive Review

The latest news in the world of video games at Attack of the Fanboy
March 24th, 2012 by William Schwartz 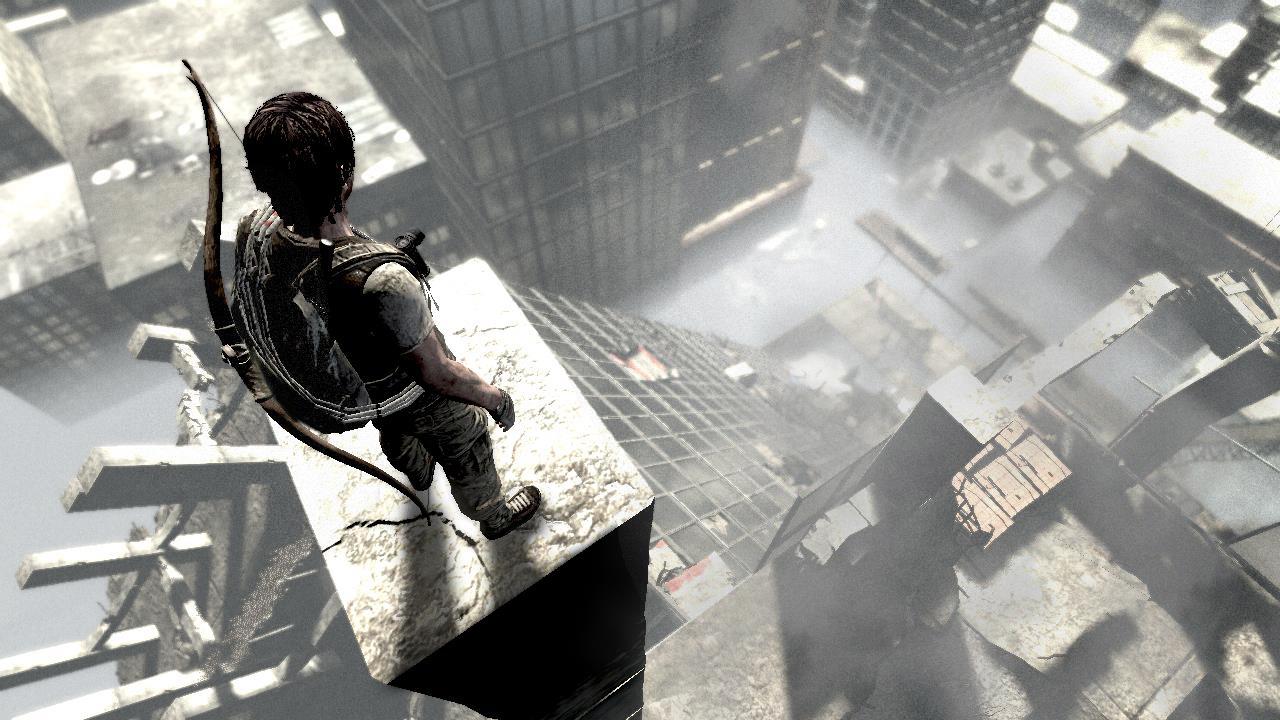 A year after the world has been ravaged by a series of earthquakes, otherwise known as the “Event,” a lone survivor named Adam has traveled across the country, on foot, to the city of Haventon to find his wife and daughter. The city is barely habitable and is riddled with gangs of savage men, cannibals, and survivalists along with an environment that is on the verge of collapse, enveloped by a cloud of dust that makes breathing and seeing a serious challenge. The Ubisoft Shanghai developed game, I Am Alive, relies heavily on platforming and survival, so don’t expect a guns blazing shoot ’em up. That being said, the game has more than it’s fair share of faults, likely brought on by its troubled development cycle.

This is the first game that I have personally played in a long time that actually gives the player a limited number of lives. There are no infinite restarts when you die in this game, this feature alone makes I Am Alive feel more or less like a true survival game. Along with this, there is no regenerating health and a finite amount of regenerating stamina that will lead to the player’s demise many times over the course of the campaign. Keeping your inventory stocked with various items to replenish your stamina while climbing up various walls, pipes, ladders and other obstacles is essential, meaning that you will need to explore the environment for said items in order to survive. The game does include various weapons including a machete, bow, and pistol for which you will have very little ammo for at all times. The most I managed to have in my clip at any given time was five bullets, at one short point in the game. Most of the time, you will only have one bullet on you, but don’t worry, your enemies don’t know how many bullets you have loaded in your weapon. As long as you are pointing your weapon, weaker enemies will not attack you, in fact they will be frightened of you. The game definitely attempts to play like a true survival game, which is a nice break from many carbon copy titles on the market these days.

There is an unfortunate reason to why the “Loved” section is so short and it isn’t because I was lazy. Long story short, this game is twenty percent exciting player interaction and eighty percent totally controlled by the game itself. When your stamina is running low or when you have to pop off multiple baddies in a fraction of a second are the most exciting parts of the entire game. The rest is a complete bore. From the perspective of the platforming, the game doesn’t always make it clear what is able to be climbed on in the game. The best way to know is to run around a new environment pressing “A” until your character reaches a surface that he can climb up on. That being said, some objects that you are able to climb on to in certain parts of the game (i.e. a particular type of crate or ladder) may not be an available surface to climb on at another point in the game. Besides the occasional false path, rarely will you find an environment that has more than one way to be navigated. This makes the game feel extremely linear and scripted and it gets worse. There are parts of the game that have an open world feel to it, but whenever you try to explore it a bit, the game literally turns you around and tells you that you are going the wrong way, even if you know for a fact that the alley you were heading to or the street you were walking down was accessible. So, when I say exploring the environment is key for survival, that means you should look behind boxes or in an open room that you pass by as you walk down a long hallway. Never have I played a game that discouraged and prevented player navigation and exploration so much.

Compared to other action/platformers like Uncharted, the movement system is so simple, it’s complicated. I’m always thinking: “I have to place my jumps carefully,” “I must be careful how I tilt my analog stick or my character will fall off the ledge.” This doesn’t really apply here. The game takes care of a lot for you, it’s almost like quick time events without the button prompts. The stamina feature is the only aspect that makes the platforming difficult on any level. It’s frustrating, because you tend to feel like you should have this freedom of movement that makes the platforming more interesting, but also feel like one wrong move and your dead. That doesn’t exist here. The mechanic stands out from other platformers, but is far less interesting. The paths that you must climb, as linear as most of them are, are difficult at times, but only because you have to pay attention to your stamina bar.

The combat is insanely scripted which has its upsides and its downsides. On the upside, it feels more like a puzzle, which adds a new flavor to the genre, and adds a kind of strategy element to the gameplay (like the stamina mechanic). On the downside, each encounter feels almost exactly the same every single time. Once you’ve encountered a couple of fights in the game, you pretty much have learned how every fight in the game will play out. Shoot the guys with the guns, intimidate the weaker enemies, then knock them out. That’s pretty much it. There’s also only one way to really go about each individual scenario, lessening the replay value and making the combat feel lack luster all around. You do have the ability to free aim, but the game also features an auto targeting system that focuses on individual enemies that you can toggle through. This arcade like targeting system is very buggy, however. Often you’ll find when engaging multiple enemies in a closed space that you will somehow miss an enemy even though you are pointing directly at them. Once you start fighting armored enemies, the combat starts to get more interesting. Although there are two different types of armored enemies (ones with unarmored heads and ones with unarmored legs), the second type only appears once in the game.

Using an empty pistol can still intimidate weaker enemies, but your bow won’t even slow them down before they hit you. You would think that someone pointing an arrow at your head would be about as frightening as someone with a loaded gun, this seems to be a major logical oversight. Use over the machete is extremely limited. It can only be used when an enemy approaches you, where you engage in a ‘push-pull’ battle against your opponent’s weapon that you will never lose, unless your not repeatedly pressing the button like you are supposed to. Speaking of enemies, there are hardly any different types to add variety and they all either sound like a scrawny little weasel or Tracy Morgan on steroids.

The story is overall cliche, slow moving, and has one of the most abrupt, anti-climactic endings of any game I’ve ever played. With a batch of uninteresting characters who seem to dump the most dangerous assignments on the lead character without even asking his opinion (that’s not very nice!). The lack of characters at all makes the world about as interesting as its gray color palette. Not to mention the lead character, who narrates everything he thinks regardless of how obvious it may be.

I have a hard time saying that I hated this game, despite the number of things that I obviously disliked about it. It’s not without its fun moments and has its fair share of difficulty. Its extremely short campaign, horribly linear mechanics, and unimaginative level design ultimately ruin the experience. I Am Alive has seen a very troubled development cycle ever since it was announced. It really is a shame, because the original premise for the game seemed promising, but being transferred to a different developer in the middle of production most likely led to this poorly executed adventure.

I am Alive Ubisoft Xbox
"disliked"