The latest news in the world of video games at Attack of the Fanboy
December 10th, 2014 by Kyle Hanson 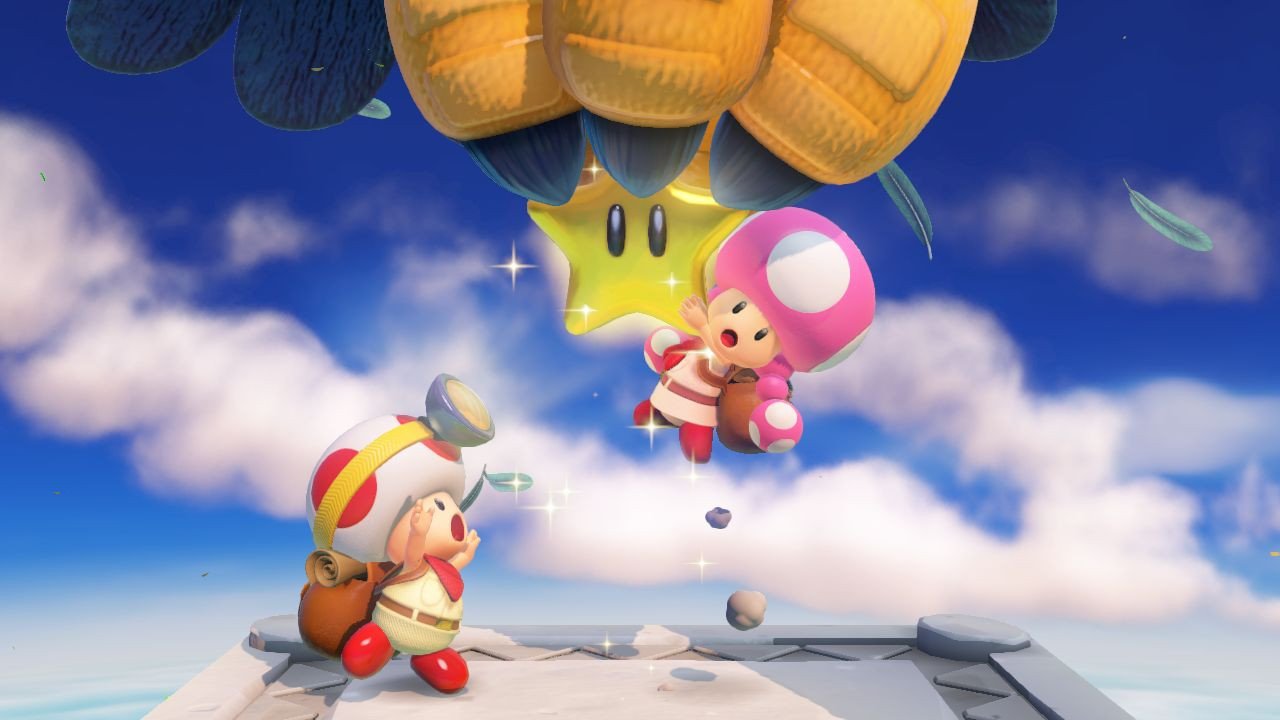 One of the more compelling elements of last year’s fantastic Super Mario 3D World was the inclusion of mini-games starring the adventurous Captain Toad. They were short, fun segments that involved more puzzles than the usual run-and-jump action of the main Mario series, becoming an interesting diversion to the main game thanks to some new and interesting gameplay tweaks. Apparently Nintendo liked these adventures as well, because now they have been spun off into their very own game in Captain Toad: Treasure Tracker. The game takes the basic premise of the original mini-games and expands it into 70 brand new levels full of cute characters and mind-bending navigational puzzles. While the full game is definitely enjoyable, especially for those who might have missed out on Super Mario 3D World, it doesn’t do enough to stand out and reinvent itself from the previous offering, resulting in a “more of the same” feeling throughout.

In true Mario fashion, there isn’t much of a story contained in Captain Toad: Treasure Tracker. The game is split into three episodes, with over 20 levels a piece. If you played any of the Captain Toad-centered mini-games inside of Super Mario 3D World then you know how Captain Toad: Treasure Tracker plays. Essentially, you control the titular captain or his friend Toadette as they go on adventures in search of coins and stars. Levels are presented as a sort of 3D diorama, with players controlling both Toad and the camera as they try to find their way to the star. The challenge comes from the fact that Captain Toad can’t jump and has no direct attacks against enemies, so making your way around the map requires some tricky maneuvers. Since items and areas will be hidden from view, controlling the camera is almost as important as moving your character. 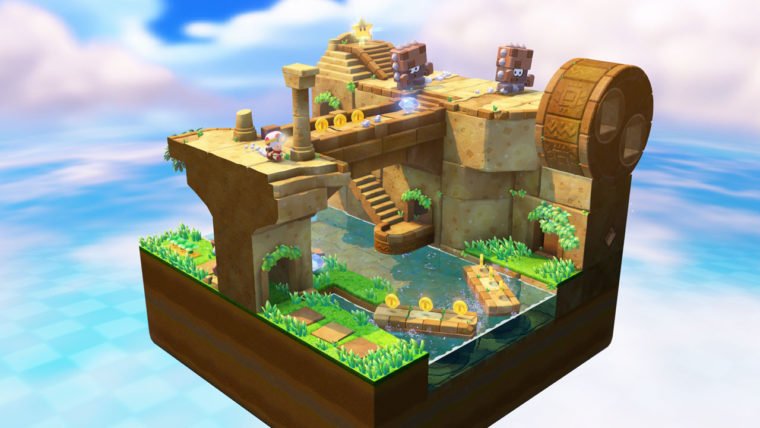 Each level feels more like a puzzle than it does a traditional Mario stage, with players trying to figure out how to get their slow and stuck-to-the-ground character up to the heights needed to complete the mission. Early levels simply task you with navigating the stage and figuring out how to get to the star. Later on, more diversity and innovation is added in with enemies, Gamepad features, and the occasional on-rails shooter. These extra elements add in some much needed variety and challenge, but they never hit the level of innovation and excitement that one might expect from Nintendo. While Captain Toad: Treasure Tracker contains more content than the mini-games found within Super Mario 3D World, the gameplay doesn’t change enough to feel truly standalone and separate from that original source.

Missions contain various optional challenges, including three collectible jewels per stage, and a random objective, such as finding a hidden item, or getting a certain number of coins. This both adds difficulty to the game, which would have otherwise been a very straight-forward and easy affair, and gives more advanced players additional replayability. A high score count of coins earned and the additional objectives will bring you back for more if you missed anything your first time through. Since the game is rather short, taking only a few hours to complete if you rush through all 70 stages, players who find enjoyment in collecting all the items and completing all of the objective will get far more out of Captain Toad: Treasure Tracker than those who blaze through.

While the game might not feel like a full-fledged gaming experience, and never hits the high levels of innovation one might expect out of Nintendo, there are a few mitigating elements that make it work. First off, Captain Toad: Treasure Tracker is debuting at a discounted price, putting it more in line with other games of this size. Also, a selection of bonus levels are available for anyone who has a save file from Super Mario 3D World. These extra stages are direct copies of ones found in 3D World, with some slight modifications to accommodate the lack of jumping. However, wwhile these extra levels are a nice distraction, offering a break from the more mentally taxing main game, they offer very little actual fun outside of the novelty of running through the same levels in a different way. 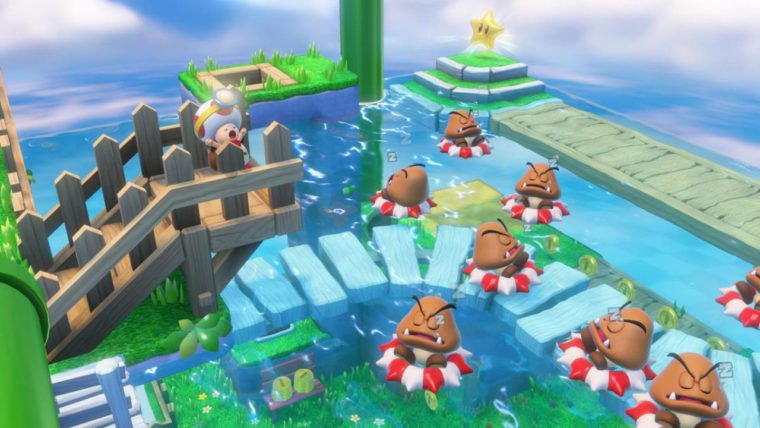 Along with the reused levels, Captain Toad: Treasure Tracker also borrows the visuals and sound from its big brother. This should please fans, as this means the game features the same fantastically colorful and bright environments, all rendered in HD. Characters look great as they wander through the floating platforms that make up Captain Toad’s world, and if you zoom in you’ll find much to appreciate within the environment as well. This includes animation, which can be so ridiculously cute as to elicit a grin from the most grizzled gamer. Simple things, like the different way each character celebrates grabbing a star, make the game come alive in ways others can’t match.

There are a lot of things that can be brought up and criticized about Captain Toad: Treasure Tracker. It is certainly a short game, and it might not offer up enough new elements to fully justify itself as a standalone product. Even so, if you are at all interested in the world of Mario then you will thoroughly enjoy what little time you have with Captain Toad. It exudes charm and fun at every level, pushing it above the mediocre affair that it might have otherwise been. It’s the kind of game that can be played as a group despite not having any multiplayer component, simply because people will enjoy watching you play and will try to help out by pointing out items that you miss. It is unfortunate though, that the game doesn’t play into this and offer a true multiplayer mode, with both playable characters working together on the same map, or possibly racing against each other for a more competitive experience. This small addition would have helped gloss over the glaring flaws mentioned above and pushed Captain Toad to the level of other Nintendo games. Without it, Captain Toad is simply an enjoyable experience that wasn’t pushed quite far enough to feel truly great.