The latest news in the world of video games at Attack of the Fanboy
November 22nd, 2016 by Dean James 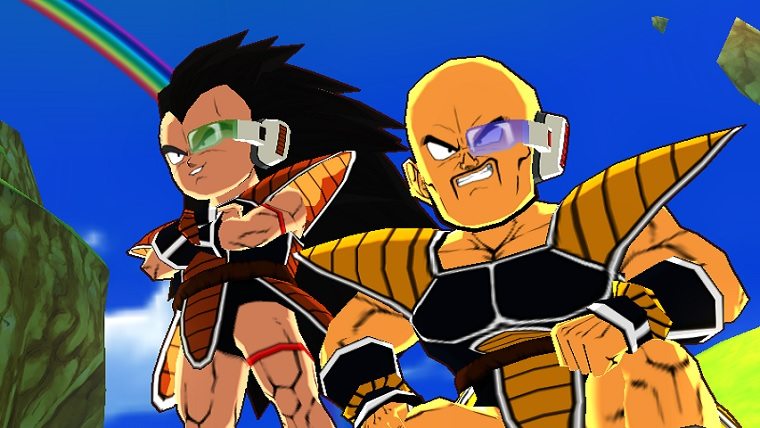 The multi-generational Dragon Ball franchise just keeps going across many different mediums, including the relatively new Dragon Ball Super and the recent release of Dragon Ball Xenoverse 2. While the Dragon Ball related games have started to add in more RPG style elements in recent years, developer Ganbarion is looking to take the series in a more traditional turn-based direction with Dragon Ball Fusions.

One complaint that many have had over the years with Dragon Ball games is the inability to offer a new story, which the Xenoverse series has done a good job at avoiding themselves and now Fusions takes a similar approach. The characters you know and love are present, but they may look a little different than you are used to.

Handheld games often choose to use different art styles to make the most of the more limited technology compared to consoles and that is exactly what Dragon Ball Fusions chose to do. All of the classic Dragon Ball characters maintain their basic design, but now they are in chibi form. This smaller condensed version of the characters works to the advantage of the system’s hardware and looks pretty good while doing so.

Similar to in Xenoverse, Dragon Ball Fusions starts off with you creating your own player avatar that you will be using for the entire game. One of the more disappointing aspects of this though is that the character creator is incredibly limited. There are five races to choose from, but the rest of the character design is very lacking to where it’s hard to really distinguish many of the features from one another.

The premise of Dragon Ball Fusions has your created character and your buddy finding the Dragon Balls and making a wish that inadvertently sends you to another realm of some sort. This place has all of the familiar Dragon Ball characters, but they are scattered about in different areas, with you meeting more as the game moves along.

Taking some cues from The Legacy of Goku on GBA, your character will fly around this new world between missions. However, this can get very frustrating due to the very strange flying mechanics. To fly, you must hold down R and then move in the direction you want, though it can often be a little unresponsive. You do not even have the ability to land, so you will always be flying around, unless you enter a building. What does really help though is a warp ability that you unlock very early in the game that allows you to quickly jump between areas you’ve visited prior.

Dragon Ball Fusions includes a number of different missions for you to take part in around the map, which feature a mix of travel, talking with characters both familiar and new, and of course fighting. There are plenty of fights that are mission focused, but there are also plenty that are just found around each area as well.

Players may be used to a Dragon Ball related game having fast paced combat where you have control of each and every punch, kick, or ki attack. However, Dragon Ball Fusions adopts a more classic approach that has characters attacking in turn based on a timer bar. 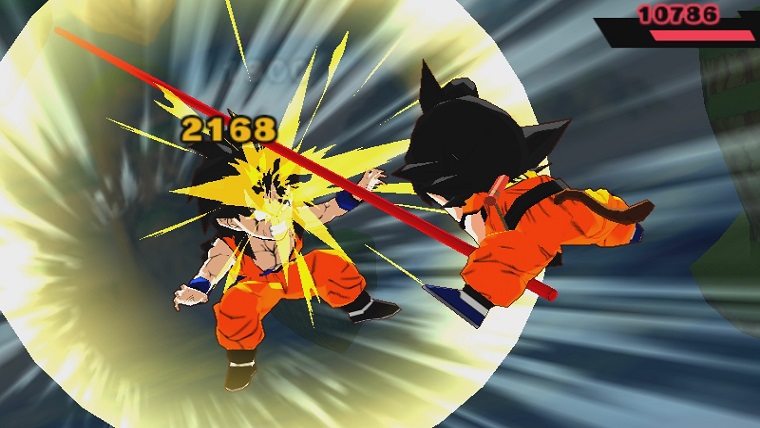 Dragon Ball Fusions features a few different types of attacks that you can utilize in the game, including melee, ki, and special techniques. The melee attacks are handled in a rock-papers-scissors style, where the attacker chooses to attack one of eight different spots surrounding the opponent. The person on defense then gets to choose to block in one of four directions, where you will be hit for much less damage if you guess correctly in that area. This can get a little tedious after awhile, as it’s pure luck, but there are other attack options for you if you choose as well.

Ki attacks come in three types of varieties themselves, with them either attacking one enemy, attacking all enemies in a small region, or attacking whoever falls in a straight line in front of the attack. These are much more simplistic to pull off, while also still having a lot of strategy involved. From there, you also have the array of different techniques that any fan of the franchise will be familiar with, such as the signature Kamehameha.

As the title of the game gives away, the fusion technique is also a huge part of the gameplay. As with most RPGs, you will have a party throughout the game that will feature many of the familiar characters from across the Dragon Ball mythos. The expected fusions like Gotenks and everything are here, but what makes Dragon Ball Fusions a real blast is how there are so many fusion possibilities.

There have been some funny fusions in the Budokai games before like Tiencha and Gokule, but Dragon Ball Fusions offers so many more, even if they wouldn’t normally fit. Thanks to an elseworlds type of story, characters like Frieza and Cell can fuse together, as well as some hilarious ones like Majin Buu and Mr. Satan. The further you advance in the game, the more characters you will have at your disposal, so you won’t get to truly experience everything until you collect all the characters and try out each of their fusions, including more powerful fusions as well. 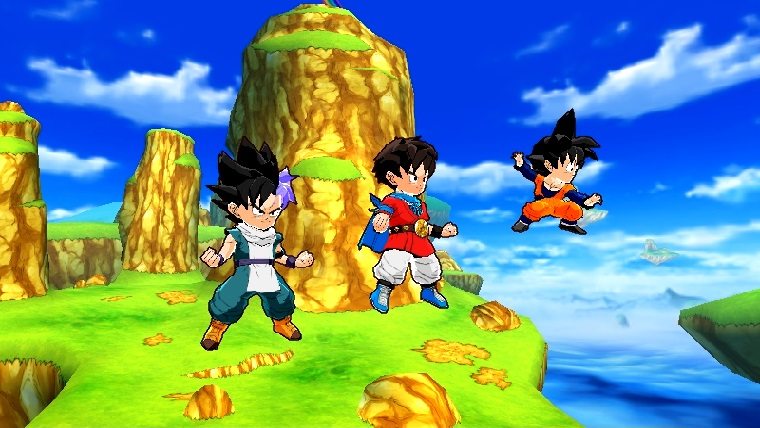 By defeating a variety of different enemies or completing missions, you will earn experience points throughout that will level you up. You will also be rewarded throughout the game with plenty of different techniques that you can equip on your player avatar or other characters in your party, so there is plenty of customization to be found both in the fusions and techniques.

Many Dragon Ball games from over the years have been criticized for playing it too safe, but Dragon Ball Fusions definitely tries something very new, even if it doesn’t all work to perfection. While the flying feels very awkward and the unique fighting system can take awhile to get used to, the abundance of available fusions and lighthearted nature make Dragon Ball Fusions a genuinely fun experience.