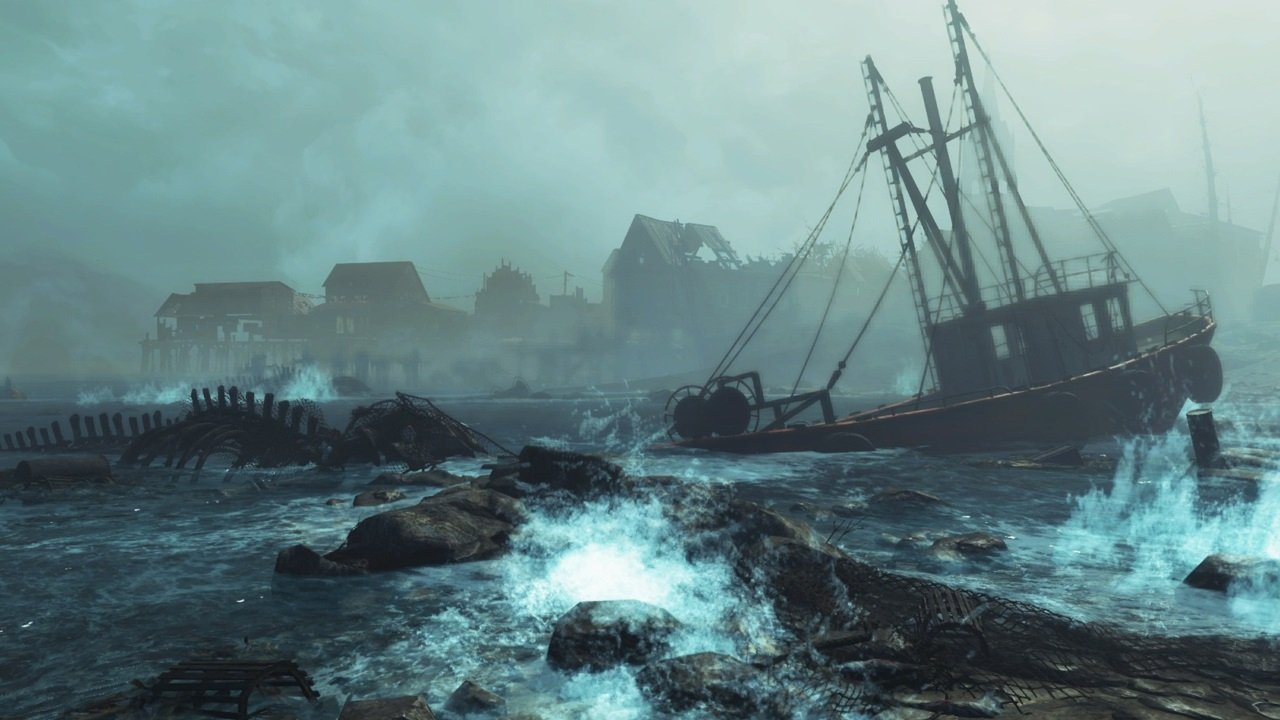 Fallout 4 was a fantastic game. Full of near-endless adventures, interesting missions, fascinating characters, and another truly intriguing take on the post-apocalyptic wasteland that followed the world ending nuclear holocaust, the game was sure to please millions of players. However, it wasn’t a perfect experience, in fact it had a few glaring flaws. Some of these were technical, such as dipping framerates and other graphical anomalies, but others were deep design decisions that shifted Fallout 4 away from its RPG roots. So far two pieces of DLC have been added, to mixed reactions, but neither has been as massive, or as satisfying as Far Harbor. This gigantic expansion to Fallout 4 brings a brand new island to explore, as well as dozens of quests, with all the new characters and factions that you might expect. However, what truly makes Far Harbor stand out the most is just how much it actively tries to fix what Fallout 4 did wrong.

Players will first be sent to Far Harbor on a very traditional quest. Nick Valentine has been contacted by an old friend whose daughter has gone missing. After some investigation, it is clear that she has fled to Far Harbor, possibly under the impression that she is a hidden synth. So you set out on the ocean and head north. Almost as soon as you arrive you become familiar with the basic conflicts that are going on on the island, though there is much more under the surface that players might expect at first. 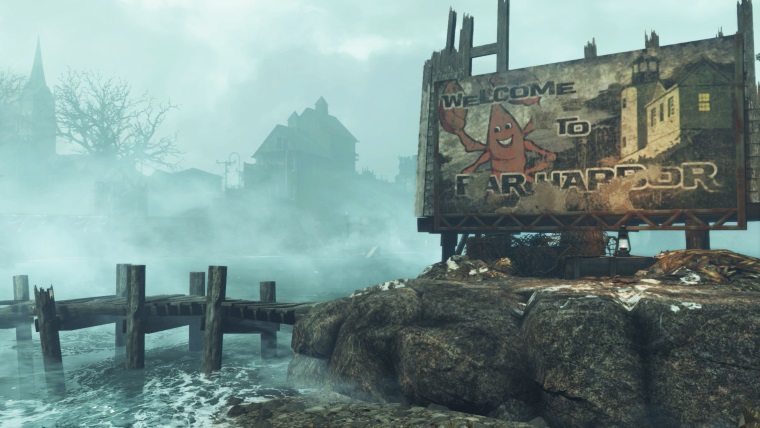 Far Harbor itself is covered in a thick, radioactive fog. This fog has only been getting worse as of late, keeping the humans pinned into their tiny coastal town. Meanwhile there is a synth refuge in the middle of the island, and a Children of Atom camp elsewhere. All three of these factions have issues with one another, and the very unstable peace that has kept Far Harbor together is about to fall apart. Players will have to uncover all the mysteries of the island, and make important choices about how to handle these very different groups, or risk horrific consequences.

This is the sort of deep, RPG style quest line that players felt was lacking in Fallout 4

If you played through the main game of Fallout 4 this might sound familiar, with multiple factions vying for control, and you stuck in the middle. However, while the original game lacked a lot of actual choice outside of which faction you preferred, Far Harbor actually develops its groups extensively, and puts their fate right in your hands. And it’s not an easy path either, unless you’re a warmonger of course, then it’s pretty simple. If you’re trying to walk the path of peace you’ll have to uncover a lot of information, and use it properly. Even then, you might have to compromise your morals to make it all work, and you could still mess it all up if you do or say the wrong thing at the wrong time. Throughout my time with Fallout 4 I never had to stop and think about a choice, or felt the need to reload my save to see what the other options were, but I’ve done that multiple times in Far Harbor.

This is the sort of deep, RPG style quest line that players felt was lacking in Fallout 4, and Far Harbor handles it extremely well. Even some of the smaller quests show signs that Bethesda was listening to their fans, and adjusted accordingly. For example, missions aren’t always about going to location X and killing everything you see. Sure, that’s still the majority of what you’ll be doing, but there is a vast amount of variety to the missions here that was lacking in a lot of the main game. Without spoiling anything I can’t give specific details, but just know that some of the missions in Far Harbor are truly unique, and even utilize Fallout 4’s special mechanics in new and interesting ways.

The island of Far Harbor itself also offers players something fresh to experience. Covered in a thick fog, the atmosphere of Far Harbor is truly magnificent. Sunlight streams through the trees, and the weather shifts seemingly at the drop of a hat. If you enjoyed your few jaunts into the Glowing Sea, you’ll love every second on this new island. While the effects required for this do cause some framerate issues, they seem minor compared to what was seen at launch, so it’s not a massive detriment. 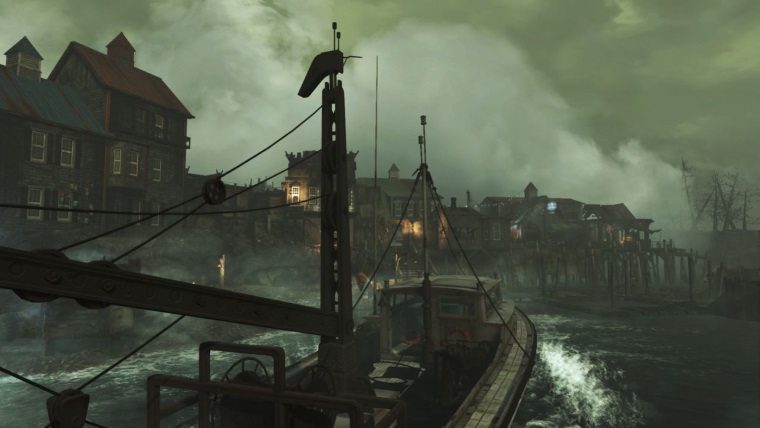 And the fog actually causes shifts in gameplay, with players having to contend with radiation at levels not seen in most areas of The Commonwealth. Those who have been saving up their Fusion Cores will finally want to whip out their Power Armor, of they can just stick with a Hazmat Suit. Either way, working around the radiation is an important factor, and shifts gameplay strategies quite a bit.

Outside of these big changes, Far Harbor simply adds a whole lot more content for players to enjoy. A new companion, new settlements, new locations, new enemies, new weapons, new armor, and much more. Far Harbor adds dozens of hours worth of content in both its missions, and just in terms of what new stuff it gives players to mess around with. Some of it might end up being useless, with players opting to forgo the Harpoon Gun or other out-there weaponry, but it’s always nice to add some variety to a game as massive as Fallout 4.

All of this comes together to form a true expansion, not just a chunk of fresh DLC. Far Harbor takes what Fallout 4 did and does it a little bit better, with adjustments and additions tossed in to really shake things up. It is also a long experience, with tons of quests to work through, and plenty of new characters to interact with. If you enjoyed any part of your time with Fallout 4 then Far Harbor will surely please you, and those who were wanting a little bit more might just find it here.