The latest news in the world of video games at Attack of the Fanboy
June 28th, 2016 by Kyle Hanson 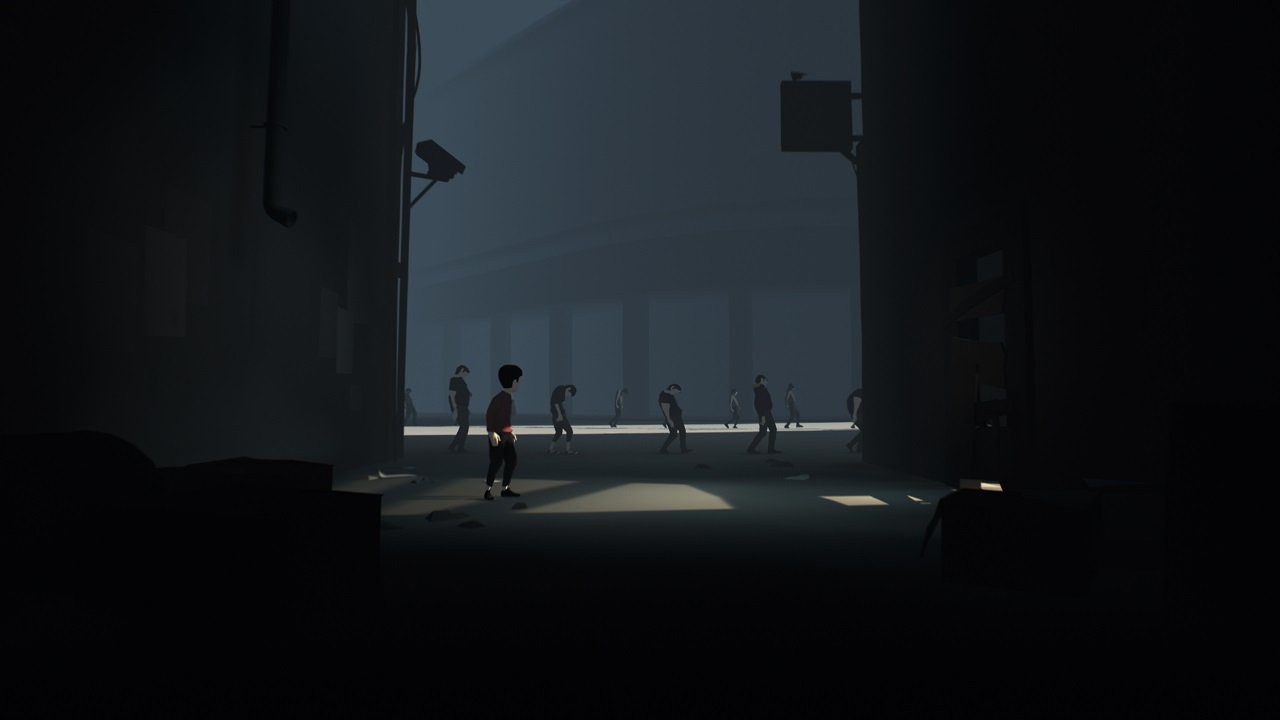 It might be hard to remember, but back in 2010 the idea of a download only console game was still a bit of a novelty. Sure, we’d already seen some masterpieces, such as Braid, but it was still kind of seen as a way to dump cheap games on unsuspecting gamers. Limbo helped change that mentality, with its minimalist style, intense atmosphere, and immense quality. Now, the studio who created that seminal experience are back with Inside. The game is its own creation, though it does tread a lot of the same territory that Limbo did before. Thankfully that is territory that many gamers will love being back in.

The story of Inside, like Limbo before it, is very ambiguous and open to interpretation. Players aren’t given any sort of cutscene or narration, instead they begin the game in the woods, with only one direction to go. As they progress through the game’s many levels, things will start to take shape, and players might begin to form an idea of what is going on in this world. However, it is never overt, and doesn’t actually tell you whether you’re right or wrong about the plot. 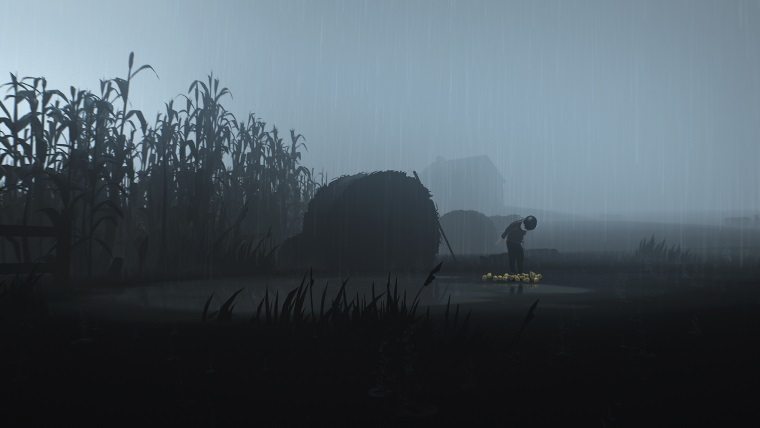 Where Inside does tell its story, it does so with its atmosphere and overall feel. The game is woefully oppressive, giving players the sense that danger is around every corner, and the world around them has truly gone to hell. Inside’s developer Playdead have proven themselves to be masters of creating environments that you do not want to be in, and yet feel a compulsion to explore endlessly.

Playdead has nailed the game’s overall atmosphere, tone, and environment

Whether you’re outside, in the forests and streets, or deep in the labyrinthine structure that makes up the majority of Inside’s levels, there is a constant feeling of malevolence, or just downright depression. The game is also more adversarial toward the player than its predecessor, with actual enemies that are hunting you down at times. This contrasts with the more passive Limbo, which had the occasional giant spider looking to eat you, but the overall game had few enemies through its main sections.

Along with this comes a change in tone, with players feeling more like someone who is in direct conflict with the things around them, rather than a passive traveler as they were in Limbo. This is all enhanced by the repeated choice to have a young child as the main character, though Inside features a slightly older protagonist. There’s something about playing as a child that makes you feel powerless, even as you see the things you are able to accomplish throughout the campaign. And when death comes, as it so often does, the impact is felt that much more because you are seeing it happen to someone so seemingly innocent.

So, once again Playdead has nailed the game’s overall atmosphere, tone, and environment. This includes the visuals, which expand into the realm of color this time, though in a very muted fashion, as well as music, which is both enjoyable to listen to, and horribly depressing all at the same time. Gameplay also follows the path laid out by Limbo before it, though here we get some variations that are both good and bad. 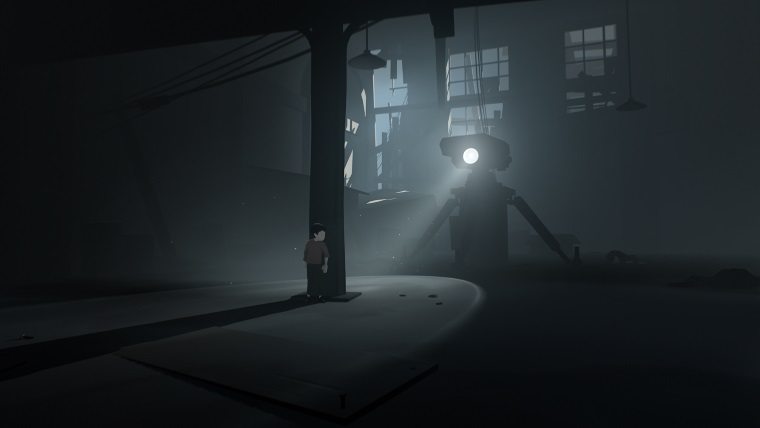 Limbo was very much a platformer at heart, with a few puzzles strewn about, though few were real head scratchers. Inside flips this around, with only marginal platforming, but a heavier influence on puzzles. Some of these puzzles will really test you too, though a couple do so by being intentionally vague about how to solve them. These are the rare exception though, with most puzzles throughout Inside being enjoyable to solve, and right in the level where they’re tough, but fair.

As the game progresses, players are introduced to new mechanics, like an extended sequence in a submarine. These help break up the monotony that would otherwise set in from 3-4 hours of straight puzzle platforming. There are even a few cases where the game will test your mind, while presenting you with a very menacing and difficult enemy to contend with. These are where Inside really shines, giving a sense of dread at the potential dangers, while keeping you thinking about how to overcome them.

Closer to the end of the game things change significantly, with the entire game shifting in a new and interesting direction. While this section is thematically interesting, and its initial moments are really engaging in how they change the entire makeup of the game, it goes on a bit long and doesn’t feel like it has any true payoff. Comparing it to Limbo’s epic finale makes it feel that much worse, as Limbo ended on a massive high while Inside seems like it will, but then falls flat.

In fact, that sort of describes the story’s ending as well, with it not so much closing with a bang, but instead coasting toward its conclusion, before fading out with more of an overall feeling of confusion. Confusion can be wonderful, as Limbo itself showed with its cryptic but satisfying ending. Inside seems to be trying for the same thing with its ending, but falls just short of its goal. 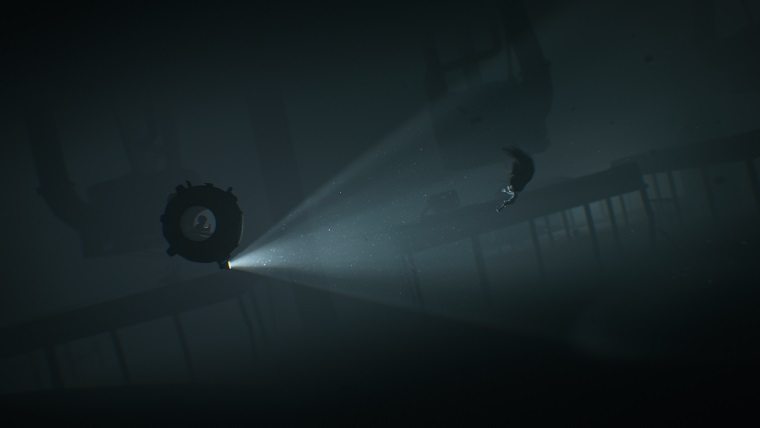 In so many ways Inside mimics its predecessor and does so very well, exceeding or at least meeting it in most. However, it has a few issues that hold it back from that game’s greatness. First up is that this does feel less innovative, with Limbo having already nailed the creepy puzzle platformer to near perfection. Second, Inside copies Limbo in its main fault as well, with a short running time that will likely bother many players. It probably shouldn’t, as the game does a good job of keeping players engaged throughout, rather than dragging on unnecessarily. It also has enough secrets hidden within its levels to warrant at least one extra playthrough, helping add some hours to the runtime. But for those who determine a game’s worth by its hour to dollar ratio, you might be disappointed.

Inside is very much a near-perfect follow up to 2010’s excellent Limbo. The game has the same dark, malevolent feel, and it expands on its predecessor’s puzzle platforming in new and interesting ways. It does have a few of the same faults, such as a short runtime, and the overall experience isn’t quite as blissfully satisfying, but Inside is a great game from start to finish. Fans of indie titles, moody atmosphere, and/or puzzle platformers should grab Inside ASAP.

Inside Limbo Xbox One
"liked"