The latest news in the world of video games at Attack of the Fanboy
February 14th, 2016 by Louisa Bhairam 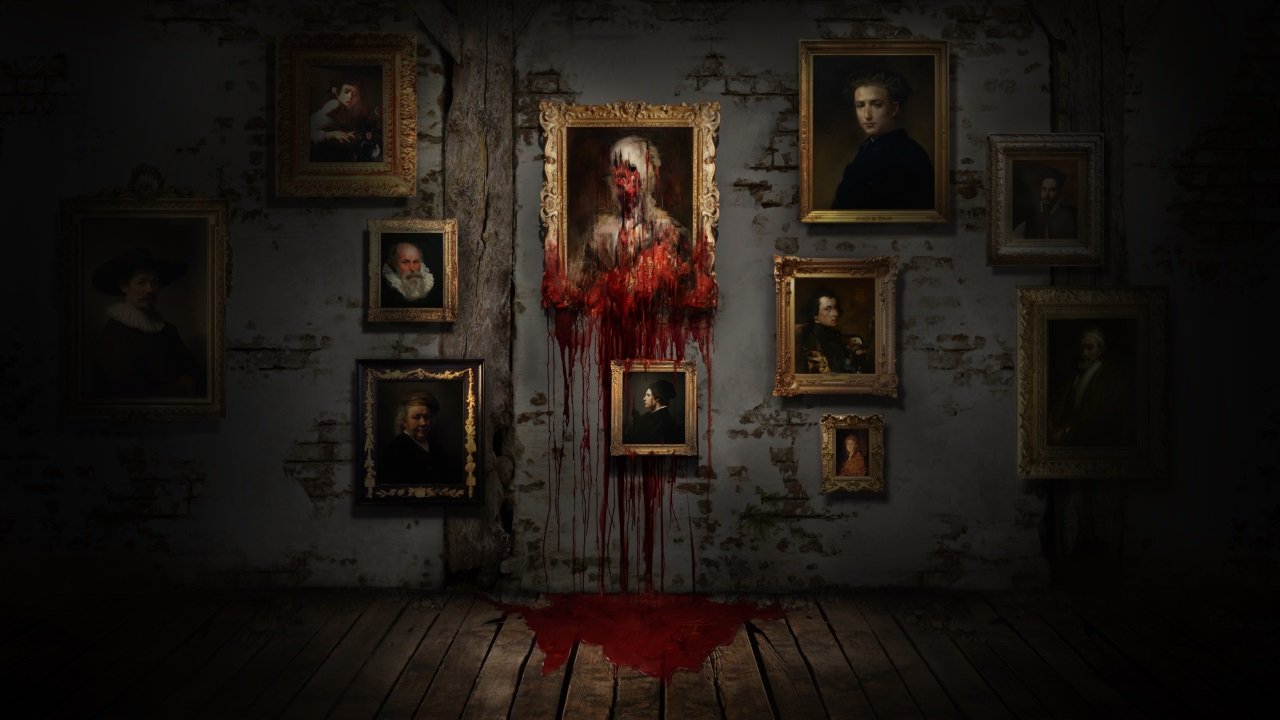 Horror fans playing Layers Of Fear might be reminded of Kojima Productions ill-fated P.T, the Silent Hills playable trailer which released in 2014. Running in the same vein of psychological horror, the game contains many similar characteristics and themes that were prominent in P.T. Although P.T never surfaced as a full game,Layers of Fear might just be enough to fit the gap and expectation it left behind. Polish company Bloober Team, who developed and published the game, have also clearly taken inspiration from previous horror game titles like 7th Guest, and the end result is as much scary as it is intriguing.

When starting Layers of Fear, you take on the role of an alcoholic painter, exploring his old Victorian house with no initial clear understanding as to what your mission is. You follow a point and click aesthetic, exploring the rooms, looking at items as you go. The game starts off fairly simply, just taking in the atmosphere and finding out as much as you can about the life you once led.

As the game develops, the protagonist, and you, descend more into madness and lose touch with what is reality and what is just your imagination. You realise that you have yet to complete one of your works of art, which you are now to finish throughout the game using quite unorthodox materials. The halls become winding and House of Leaves-esque, with nothing ending up where it was in the beginning. Doors that you once entered disappear, paintings move and melt before your eyes, and the atmosphere becomes more and more tense. It becomes clear that your character is haunted by his demons, and that he won’t be leaving them behind any time soon. 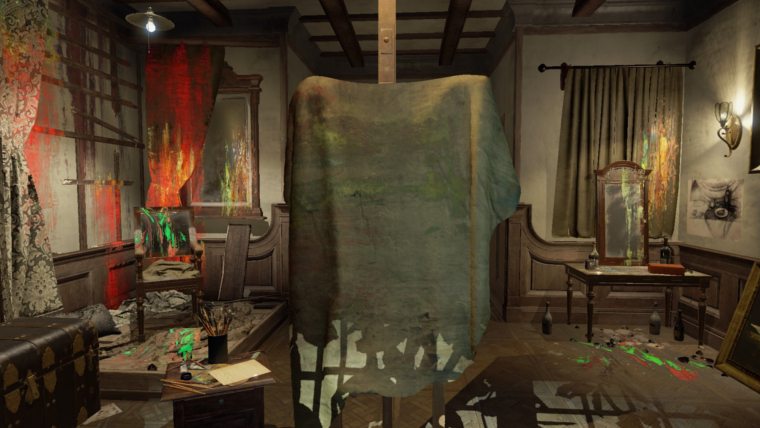 The feelings of wonder, confusion and disorientation throw you full force into the horror setting, and leave you intrigued to find out more. While you do so, you are blindly and unwittingly delving deeper and deeper into the story whilst terror unfolds around you. When you realise how deep you have gotten, it is impossible to turn away and escape.

The feelings of wonder, confusion and disorientation throw you full force into the horror setting

You are surrounded by alcoholic bottles, creepy paintings and cryptic notes, all of which are piecing together the history of the demise of your protagonist. Memories are resurfaced through cut scenes as you roam, dragging you into the story and all round gaming experience. Rather than just looking at items, each carries a significant clue into the situation you are now in, making exploring the surroundings both a rewarding and terrifying experience. You can investigate as much as you want as there is no time limit, just be sure to make the most of each room as it might disappear behind you without warning!

It’s clear that Layers of Fear takes heavy influence from Oscar Wilde’s Dorian Gray, with a quote even thrown in at the title screen. Much like the novel, the character appears to be suffering a fate of his own making, as hints to his seemingly unhappy family life unfold throughout. We are compelled to continue finding such clues in order to discover the true story of his downfall. The combination of the literary likenesses – House of Leaves, Dorian Gray, and even HP Lovecraft- allow the game’s designers to deliver a wholly eerie gaming experience, one which pulls you head first into the complex layers of the world around you.

The graphics expand on this as they are gorgeous and intricate, with beautiful artwork hanging on the walls, and loads of little details which can go unnoticed if you don’t stick around to look properly. The soundtrack flits from calming to haunting piano music, and sometimes complete silence depending on what is happening, or about to happen. The music is a good indicator as to what mental state you are in at the time, and you begin to notice a sudden change when terror is afoot. Mixing the two, the graphics and the soundtrack, allow the game to appeal to all senses and immerse you fully into the unsettling environment and addled brain of your character. 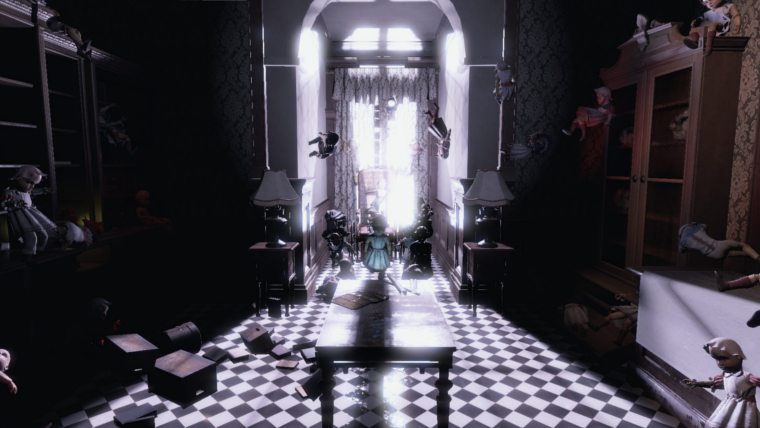 Now for the scare factor. There are some jumpy moments for sure, not so many that you can’t catch your breath, but they are always at the back of your mind as you explore, which leaves the player on edge. It’s definitely a welcome change from some survival horror games where you are being chased by zombies, a lot of the fear here comes from your mind and your anticipation of what’s to come.

Layers of Fear can also fall into the annoying horror tropes at times, and some of these could have easily been avoided. For example; messages scrawled on the wall in blood, or creepy dolls are a little cliche and the strong storyline does not need to rely on these easy shock tactics to impress. Another downfall is the controls and jarring movement.

The controls using a mouse and keyboard are a bit fiddly and can break the tension. For example; something as simple as opening a door requires you to hold and pull with your mouse, often the door in question just swings shut in your face before you’ve even gone through. The hit areas are also very small, meaning you can miss important items to interact with. Your character has a limp, and is intoxicated, meaning the movement is jittery and wobbly. Moving forward, the camera bobs up and down slightly, and while turning around, the camera spins suddenly. Add this to the maze-like setting and it can be a bit nauseating. This could be on purpose to disorient the player and add to the spooky intent of the game, but it’s distracting at times with a bit of a motion sickness feel which takes away from the experience. 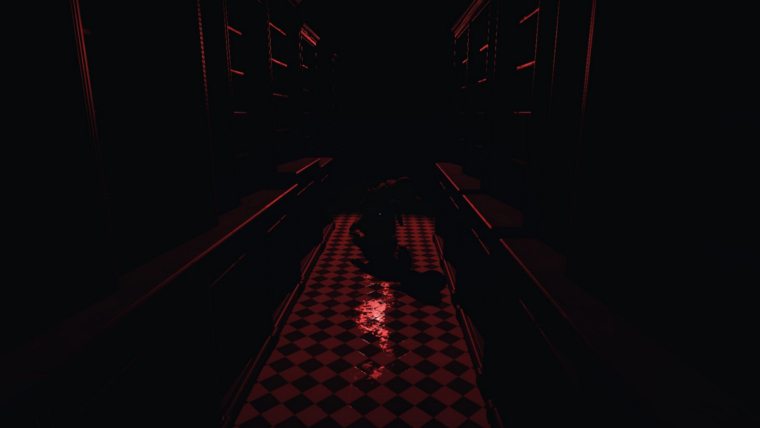 Layers of Fear is an excellent and clever horror title. It excels in its visuals and storyline, delivering a fantastically terror filled experience for the player. It could be improved with a few tweaks to the controls, and less use of ‘typical’ horror tropes though.