The latest news in the world of video games at Attack of the Fanboy
June 20th, 2015 by Dean James 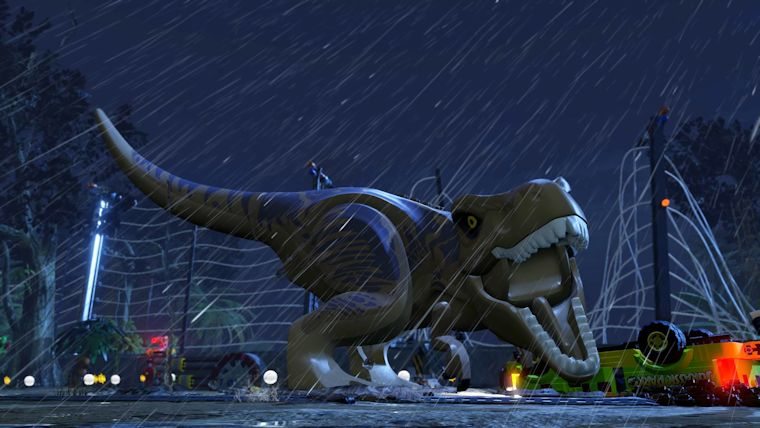 Jurassic World just released last weekend while breaking box office records in the process. Like many pop-culture franchises, there’s a LEGO line out there associated with it. TT Games decided to take this one a step further by creating a LEGO Jurassic World Game, that not only brings us the new film, but a nostalgia filled trip to the past movies.

At now over 15 games in this style, the LEGO series is not often breaking new ground.  This is kind of the case with LEGO Jurassic World. While TT did add back a hub world that was missing in LEGO Batman 3, the game still mostly feels like any past LEGO video game with a Jurassic coat of paint poured over it.

This isn’t such a bad thing, as the series has been working for multiple years now across numerous franchises. For someone that doesn’t play them all, this won’t bother you too much. However, someone that has been playing each of them will probably get bored rather quickly here.

The big selling point of this game is the Jurassic Park series license and TT Games definitely does it justice here. While the game itself is innately the same as many past LEGO titles, being able to follow the story of each movie, down to even some minute details at times is quite impressive. The series hasn’t had the best luck with games since the 16-bit era and this really helps to make up for that.

Not only does the game follow the storyline of the movie series, but also its abundance of characters. Of course there are the lead characters like Alan Grant, Ellie Sadler, and Ian Malcolm from the original, but they also threw in small characters like Raptor gatekeeper Jophery Brown that only appeared in the very first scene of Jurassic Park.  The sheer number of characters that are able to be unlocked in the game is one of the game’s addictive qualities that will have players coming back for more after completing each movie. With the ability to use free play in any area of the game, you can go back and play sections that were previously inaccessible by taking in the correct character to the stage. This adds a great level of replayability to the game, on top of searching for collectibles like the minikits.

With so many characters available, it is somewhat understandable that there would be some overlap in their abilities. However, the main characters of each movie seem to share just about the same overall setup with about six distinct abilities being used over and over. Most every female was agile and could jump higher, while certain men had cutting tools. This is a way to allow replay with different characters, but some more variety would have been nice. 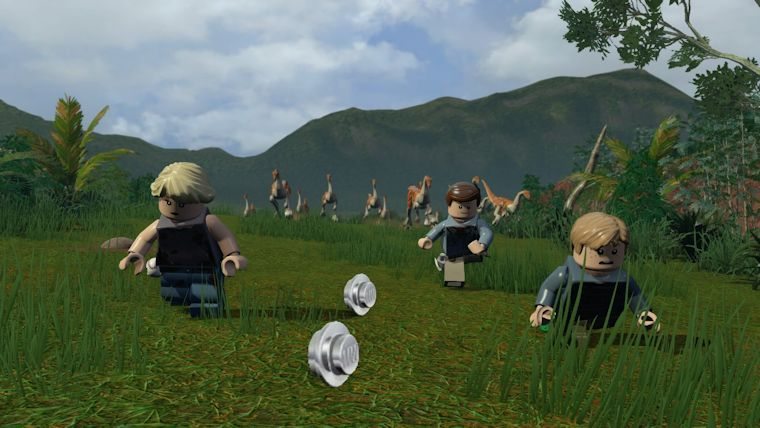 The humans are far from the only characters that can be played as and unlocked, as you can also unlock a variety of dinosaurs as well. Some of these are found throughout the story after helping them, while some are found through other means, with you also having the ability to customize specific dinosaurs with their unique abilities. These are a lot of fun to play with, especially in the more open environments where you can move around better.

One of the features that really helps to sell the connection to the movie series is the music. The Jurassic Park theme from John Williams is one of the most iconic tracks in movie history and the game makes excellent use of it. This ranges from just simply having the music play during the menus to other parts of the game where the tunes are sprinkled throughout. One such example is where you must create a toy truck to distract the Raptors within The Lost World: Jurassic Park section, and upon making it, the toy truck starts blaring an ice cream truck style version of the theme. Little details like this are what TT Games are excellent at delivering on, and it really shows throughout LEGO Jurassic World.

Can be appreciated by kids and adults alike

The music is not the only sound-based piece of nostalgia found in the game, as LEGO Jurassic World also employs actual voices from the movies. It appears that the original three movies just simply used voice clips from them, but Jurassic World had to actually have the actors in the studio. This is rather impressive with a voice cast including the likes of Chris Pratt and Bryce Dallas Howard.

Having actual voice acting throughout the game lends itself to the humor associated with each movie as well, such as Jeff Goldblum’s and Ian Malcolm’s signature wit. That is far from the only humor in the game though, as we also get some wacky moments that can be appreciated by kids and adults alike. These include moments like the T-Rex eating a cartoonish style whole chicken, to a Raptor stealing LEGO Julianne Moore’s hair and wearing it at one point.  These small things make a lot of sense being added in this style of game.

While LEGO Jurassic World adds more humor into the mix than the actual movies, it does take away some of the darker moments that mostly revolve around death. You will actually see moments where it seems a character has been eaten or killed, but then they will manage to show up again alive and well. This isn’t a major surprise in a LEGO game, but with keeping the deaths off screen, they could have not had characters show back up later just as a way to show they lived.