Life Is Strange: Episode 2 – Out Of Time Review

The latest news in the world of video games at Attack of the Fanboy
March 30th, 2015 by Dean James 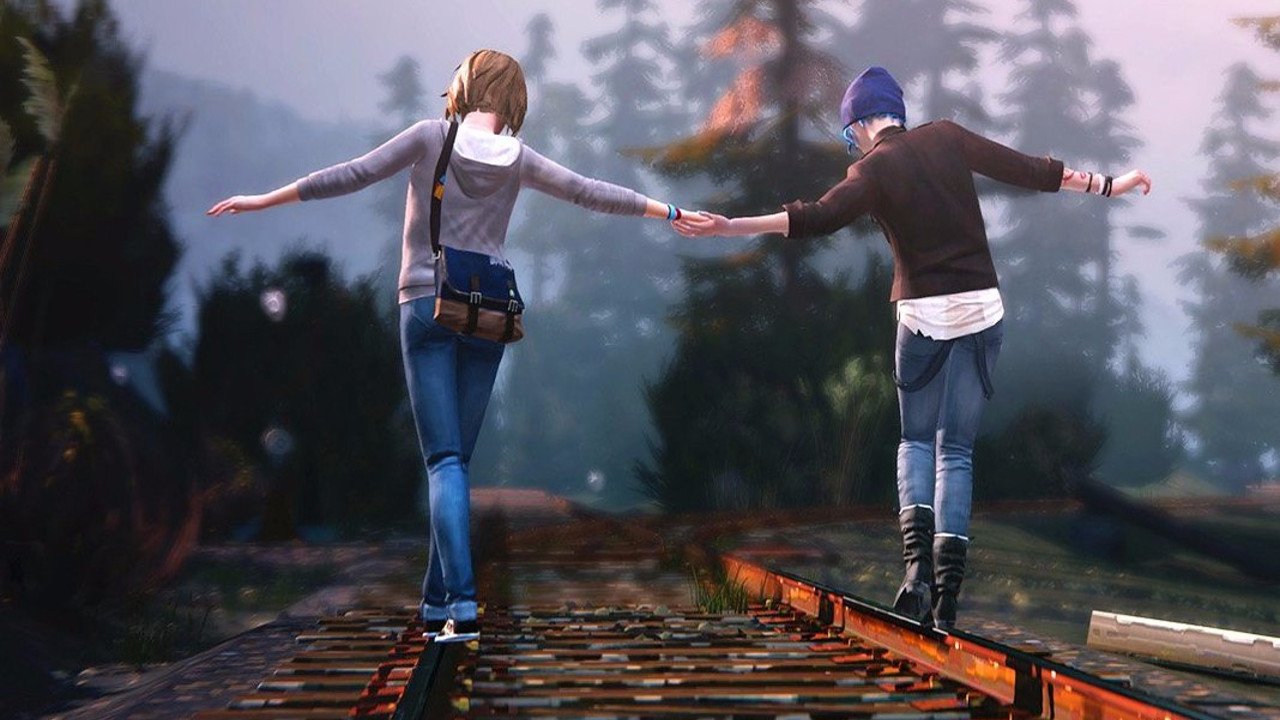 Dontnod Entertainment first introduced gamers to a brand new episodic series two months ago with the first episode of Life is Strange. Within that single episode, the somewhat familiar style attributed to the graphic adventure genre was flipped on its head with a very innovative time-rewinding mechanic. Having the ability to see multiple sides of a decision would seemingly take a lot of gravitas out of the choice, but somehow Dontnod managed to avoid this pitfall in the first go around. After a little delay, Dontnod has now released Life is Strange: Episode 2 – Out of Time, which manages to toe the line between restrained and intense, while including some of the most difficult choices so far.

The second episode picks up not too long after the first, with Max still completely baffled by her newly acquired powers and the impending tornado that visions show will soon obliterate Arcadia Bay. The first episode focused mostly on setting the scene and introducing characters at every turn, but the second is able to further the relationships forged previously, while introducing only a very minuscule number of new characters. This continuation allows for a very natural feel to the growth of the protagonist and a number of side characters.

While very few new characters are introduced, some of the best scenes in the episode revolve around one of the newcomers, Chloe’s mom. Most of the adult characters in the first episode had some sort of conflict with Max, even Mr. Jefferson somewhat, so seeing Chloe’s mom interact with Max at a more human level really allowed for excellent character progression. 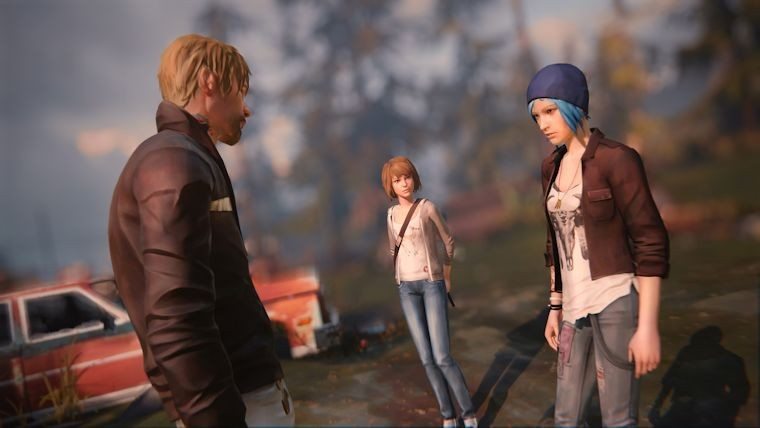 Compared to many modern games in this genre, Life is Strange once again impresses with the shear number of NPCs that you can have legitimate conversations with that aren’t just one word canned responses. There are still plenty that do not say much, but having so much depth to a lot of the smaller side characters adds a lot more personality and realism to Blackwell Academy.

One of the biggest complaints about some games these days is that while you have choices throughout, the final outcome is mostly already decided, which means your decisions were somewhat useless. However, Life is Strange: Episode 2 continues the notion that your choices really are shaping the events of the game. The incredibly vivid storyline with Kate is back again and helps lead to a climax that could go one of two ways. Rather than it just being a simple choice with no thought behind it, the deciding question can only correctly be deciphered by finding out very important information earlier in the episode. This is something that the modern adventure genre can really use more of in such games, making the extraneous exploration worthwhile.

While Life Is Strange: Episode 2 features some excellent story moments and plenty of interesting conversations between characters, that doesn’t mean that the dialogue is perfect. In fact, there are some moments in the episode that make little sense, with characters like Chloe being very inconsistent. One second a character will overreact about a decision and then a few seconds later they act like it never happened. If this was just involving one character, you could chalk it up to that character possibly being bi-polar, but it is rather prevalent at times during the episode. There are also moments where Max almost seems a little too wise beyond her years, but it never gets to the point of being a major problem. 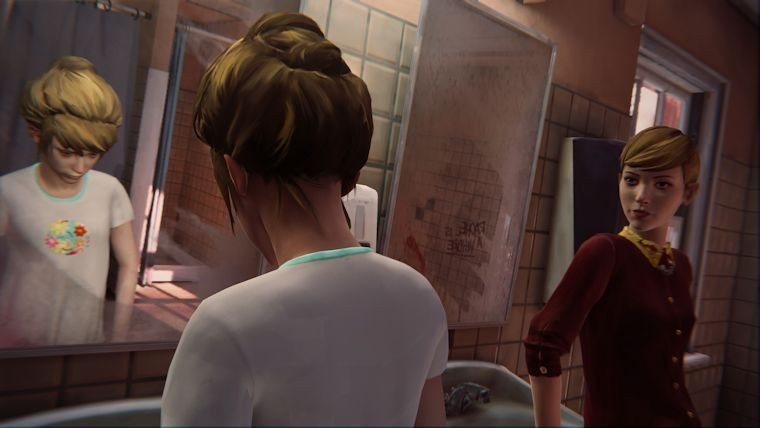 Max’s time rewinding ability is easily the most innovative part of Life is Strange and it plays just as important of a role in the second episode as the first. Having Chloe brought into the mix with her powers allows for some very interesting moments, with the series choosing to go a route that would have been saved for later in many other games.

Full of decisions that range from simplistic to downright heartbreaking

Tying in with the aforementioned climax, Max’s ability is appearing to have major drawbacks, very similar to Hiro’s ability on the television series Heroes. One of the most interesting storylines to watch going forward will certainly be what path they choose to take involving her powers and the downside of using those powers.

Just like the first episode, Episode 2 of Life is Strange runs very well, especially in comparison to the clunky engine that is used by Telltale Games. However, the absolutely pathetic lip sync is back yet again. This is something that really should have at least been improved in some way after episode one, but it seems that is just going to be something that plagues every episode moving forward. This really is a shame, as dialogue plays such a big role in Life is Strange and you will witness this issue again and again. 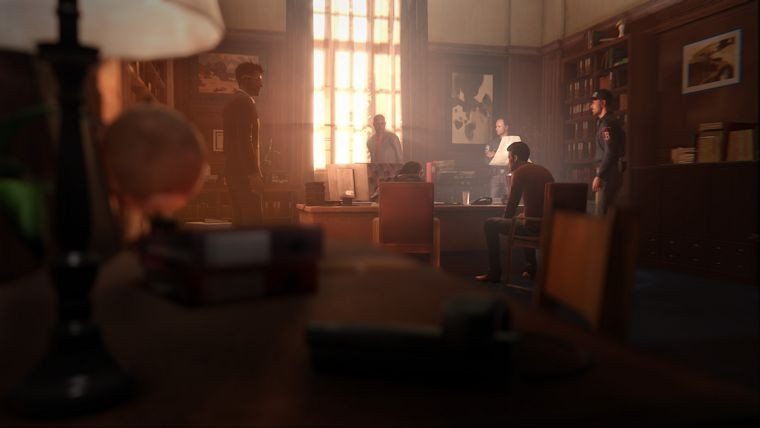 While the lip sync issue can become problematic, some of the very best moments of the game feature no dialogue at all. Instead, Dontnod utilizes a variety of indie songs that fit the tone of not only the game, but that part of the country. Perhaps the best moment of the entire episode is an ending montage, which has already become a staple of the series.

Life is Strange: Episode 2 – Out of Time manages to reel back and provide another rather restrained outing after the gripping cliffhanger to the first episode, which works to serve up another beautifully crafted episode. Max’s ability is continuing to be handled very well, which has a lot of potential moving forward. Still seemingly setting the table for future events, Life is Strange: Episode 2 – Out of Time is another quality outing from Dontnod that is full of decisions that range from simplistic to downright heartbreaking in outcome, making the wait for the next episode all the more difficult.