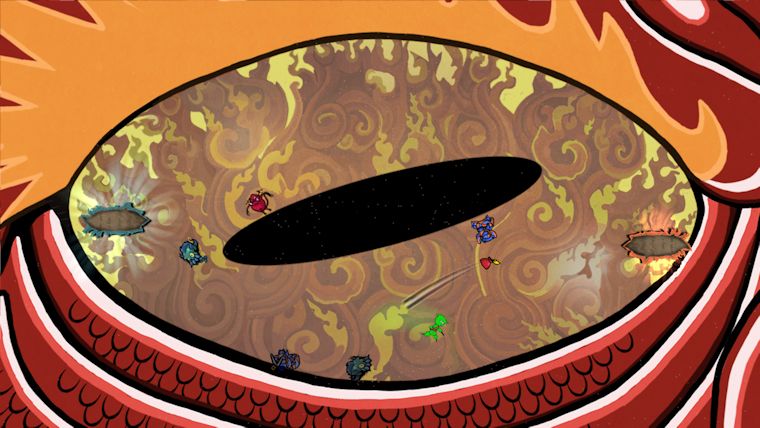 The prominence of indie games in today’s gaming landscape is quite impressive, with games like Journey outshining the rest of its AAA competition in spades a few years ago. Platforms like PlayStation and Steam have made it even easier to publish such games and one such is that of Paperbound, which aims to bring back the local couch multiplayer while featuring a very strange mix of literature and fighting.

Paperbound is described as a “smash-up brawler” by the developer Dissident Logic, but it is a strange mix of something not really seen before, rather than the typical game you would associate with a “brawler.” Between two and four players are put into a series of small arenas where they duke it out in incredibly simplistic battles. These are not typical battles either, as these involve one-hit kills, leading to most of them lasting about a minute.

Featuring between two and four players, you will be running around an enclosed space where you are aiming to kill the enemy, through a few different methods, such as using a melee ability or throwable scissors. These elements are really easy to learn, including the pretty well designed gravity physics. Gravity is something that can be finicky to mess with in gaming, but it is utilized quite well most of the time here. 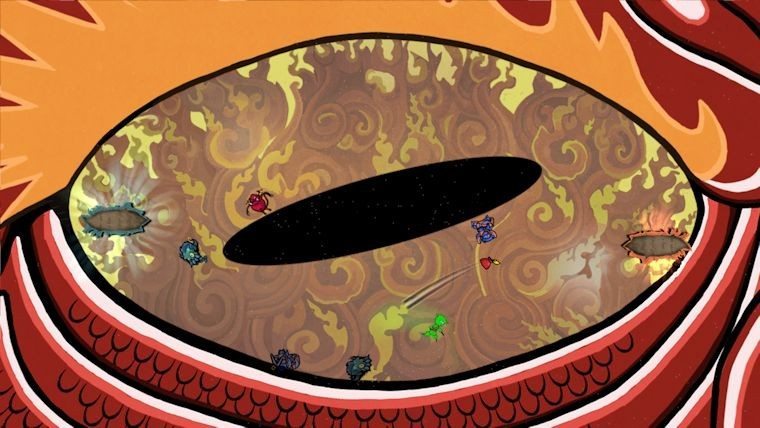 These matches are split up among four different game types, one of which is exclusive to Team Battles. Each of the gameplay types are fairly distinct from one another, giving those who are playing with friends a few different modes to experience. Classic Versus and a take on capture the flag called Capture The Quill are easily the most fun, as you will quickly see matches get very intense, due to a few key elements that can make the bouts all the more competitive.

The game starts off by offering players 14 different stages to choose from, with an additional four being added relatively quickly. Sticking with a central theme of literature and books, Paperbound splits its levels across five different books, four of which are based on classic releases like Dante’s Inferno and A Journey To the Center of the Earth. However, for some reason one titled Skull Kingdom is also included into the mix, though it had a few interestingly designed stages.

Some of these stages feature incredibly well designed backgrounds which are overlaid by pretty mediocre foregrounds. The Mushroom Sea is a great example of this, with a beautiful water laden background that features very little in the foreground to make it a stage worth playing at all. On the other end of the spectrum, stages like The Labyrinth and The Book of Fire have more unique characteristics that make them much more interesting in battles. 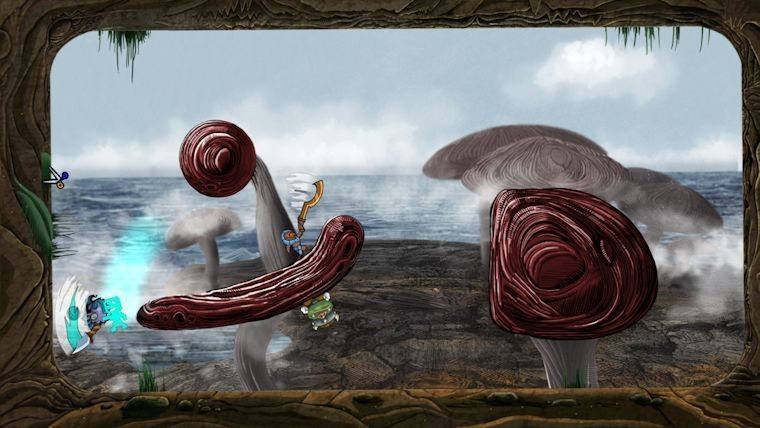 Dissident Logic made the decision to include stages of different sizes, which the game even explains as being recommended for a specific number of players. Most of these are well coordinated to anywhere from two to four players, but there a few stages that are just too big for their own good. Even with the max four players, they feel way too vast and oversized.

You will quickly see matches get very intense

Within the stages, you will control one of 17 different playable characters, including a few guest characters from other indie games, like Juan from Guacamelee. It is fun to see some familiar characters, but the lack of any major non-aesthetic distinction between the different characters is rather disappointing. However, the designs of each are still top notch.

The big goal for the developer for this game is to bring back the local couch multiplayer that so many games are missing these days. Although, their decision to leave out any sort of online play is rather perplexing in Paperbound. A series like Mario Party can somewhat get away with it due to the long matches and offline roots to the series, but a newcomer like this really needed online to help it build an audience. Focusing on local multiplayer is fine, but they really missed the mark by leaving out online entirely. 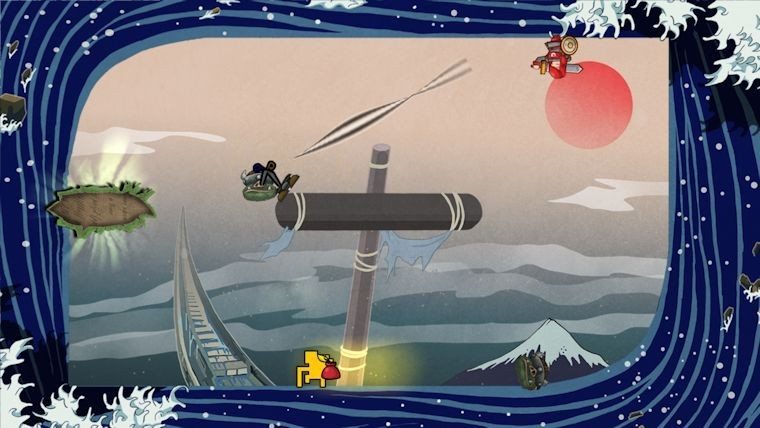 The multiplayer only mentality of the game also manages to alienate anybody that may enjoy having some semblance of a single player experience. Instead of being able to face off against some sort of pre-planned levels with more thought put into them, you will instead only face an AI bot. This one is hard to fault the developers though, as they set out to make a multiplayer based game and that is downside of that decision.

Paperbound is definitely a different kind of game in today’s landscape by choosing to forgo online completely for a completely local multiplayer experience. The game itself is very well designed and can be a blast with friends, but it does lack any sort of exclusively single player experience. Offered at a solid good price point, this could be a great game to pick up for a gathering with friends, but otherwise you likely will not find much enjoyment out of it.