The latest news in the world of video games at Attack of the Fanboy
November 26th, 2014 by Dean James 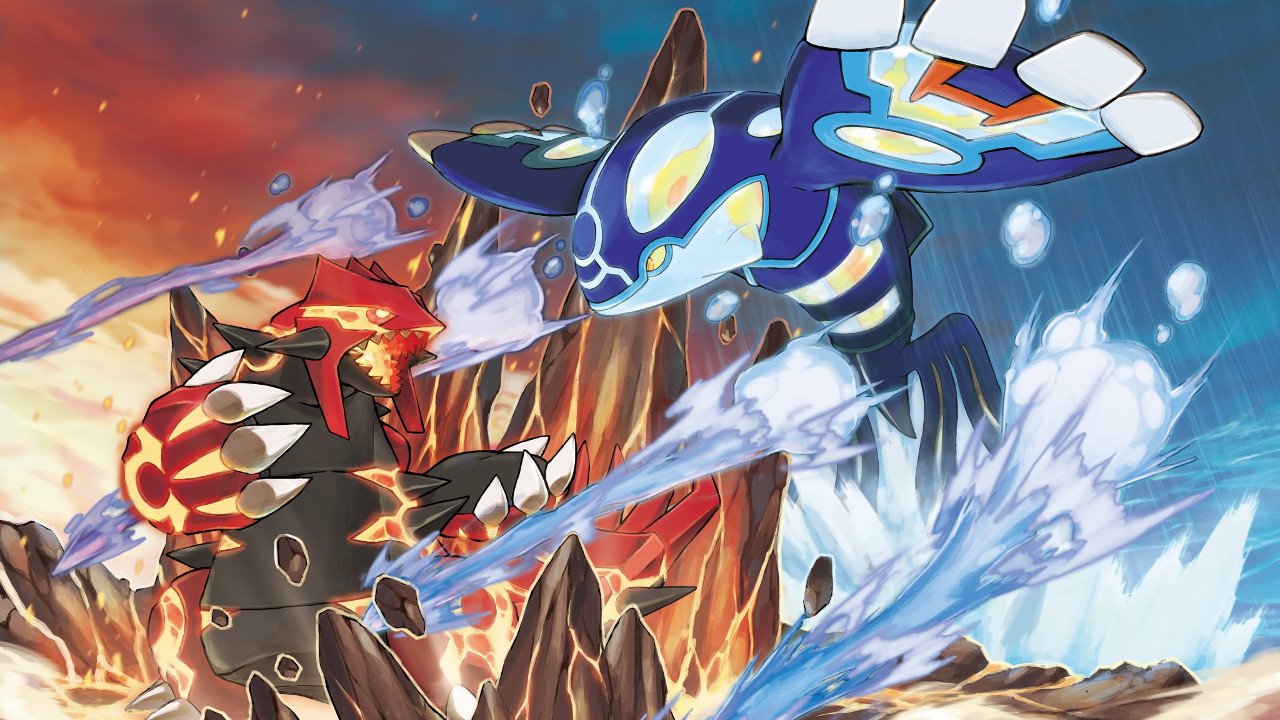 Initially releasing on the Game Boy, the Pokemon series became an overnight sensation among gamers of all ages in the late 1990s. After debuting the sixth generation last fall, Game Freak and Nintendo decided to make a return to the past with another pair of remakes, based off of Generation III, which originally graced the Game Boy Advance. As has been the case for other remakes in the past, these are more than just simple graphical upgrades, instead they are almost entirely new experiences for the player. Regardless of whether gamers have played the originals or not, Pokemon Omega Ruby and Alpha Sapphire are shiny new gems in the franchise that return players to the beautiful world of Hoenn.

In similar fashion to past remakes in the series, Pokémon Omega Ruby and Alpha Sapphire have taken on the same engine as their current-gen predecessors, Pokémon X and Y. The release of these two last fall finally took the franchise to the next level, with full 3D models across the overworld, characters, and Pokémon themselves. Due to the graphical enhancements of the Game Boy Advance at the time, the original Pokémon Ruby and Sapphire also pushed the series forward with vibrant and colorful location designs. With the modern engine and excellent creative design of Hoenn in place, Game Freak has provided gamers with one of the most incredible looking and well crafted overworlds in the series. While Pokémon Omega Ruby and Alpha Sapphire may not be a massive graphical upgrade when compared to Pokémon X and Y, that wasn’t necessarily the goal. Instead they were taking a pair of already well received games and bringing them back more than a decade later, which can be a tough task. However, Game Freak and Nintendo did an excellent job with it.

The Hoenn region is very unique to the Pokémon franchise, with much of the setting being water-centric. Luckily, these seaside locations look better than ever in Pokémon Omega Ruby and Alpha Sapphire. Every Pokémon game has one area full of water that requires Surf to cross, but Omega Ruby and Alpha Sapphire are different, featuring multiple such areas spread all across the region. The only real complaint with this design is that, unless the player chose Mudkip at the beginning, there are few quality Water type Pokémon to be found until Surf is acquired much later in the game. 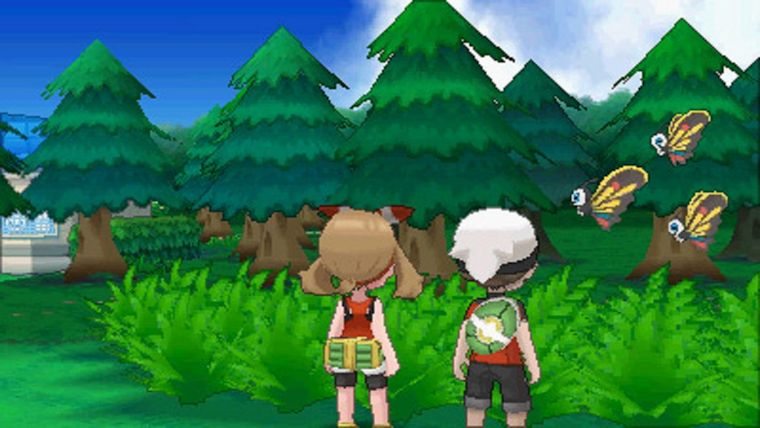 A return to Hoenn obviously brings back the rivals of Team Aqua and Team Magma, but rather than transfer the exact storyline over, they have implemented some new elements throughout the game. In the original releases, both factions were trying to find and capture a legendary Pokémon for their own purposes. However, with the introduction of Mega Evolutions in Pokémon X and Y, and now Primal Evolutions here, there are much higher stakes to be had. Game Freak could have easily taken the exact same story and most gamers would have been happy, but they instead went a whole extra step, which as a result offered the player something new that they did not experience in the original Ruby and Sapphire.

Pokémon X and Y were excellent games, but both were marred with pacing issues at times, due to the method by which the gyms were spread out. Luckily, the storyline of Team Aqua and Team Magma is sprinkled well between the gyms, giving the game a much better pace than last year’s entries. The early sections of the game may seem a little worrisome with multiple gyms in a row, but that is quickly sorted out when the two rival teams are introduced.

Another issue that cropped up in X and Y that has been fixed in Omega Ruby and Alpha Sapphire is the lack of an extensive amount of post-game content. Once finished with the main game there is plenty to keep the player busy, including a record number of legendaries to be caught. Needless to say, this game will not be a one and done experience for players.

Ever since its inception, the core mechanic of the series has been catching Pokémon, which can then be used in battles against other trainers or wild Pokémon. To no one’s surprise, the gameplay that players know and love returns once again, from the one on one battles to the double battles that the original Ruby and Sapphire first introduced. However, the catching aspect of the game has received a major overhaul from Game Freak that shakes the very foundation of searching for and catching the abundance of Pokémon throughout Hoenn. 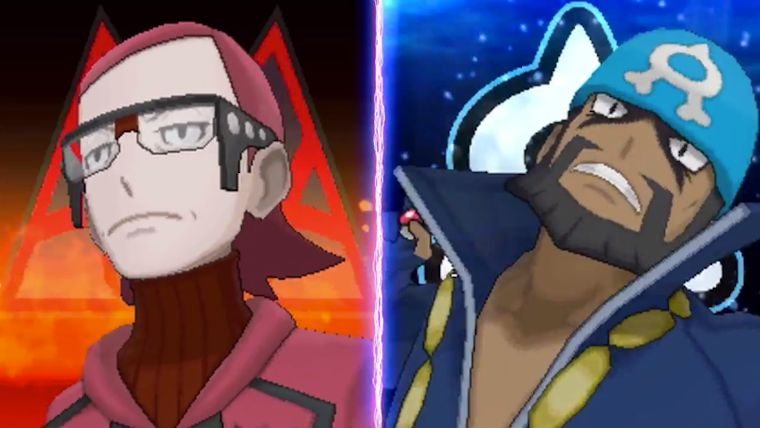 Through the use of the DexNav, players will have the ability to catch Pokémon that would otherwise not be found in areas throughout the game, often coming with special abilities as well. By pressing the magnifying glass when prompted on the bottom screen, the elusive Pokémon can be tracked by slowly moving the analog stick to sneak up on them. Taking the shaking grass mechanic we saw introduced in the past and improving on it was a little bit of a gamble, but Game Freak has now provided one of the most useful and intriguing new features to be added to the series in a long time.

While the series has been consistently adding more Pokémon over the years for players to catch, there has continued to be a problem in the series that is still prevalent here. Trainers using the same exact Pokémon over and over again in battles. Despite having a pool of Pokémon available from across two prior generations, as well as the ones found in Gen III and beyond, players will still face the same Pokémon constantly in trainer battles. There are the occasional changes, but it just seemed to be more common than ever this time around, especially for Normal-type Pokèmon.

The sixth generation also introduced something to shake up trainer battles, an upgraded version of the EXP Share that allowed use over the player’s entire team, rather than just one Pokémon. This was both a blessing and a curse as it allowed much easier leveling up of those who wouldn’t stand a chance in battle, but it also made the experience a little too easy most of the time. For better or worse, that is the case once again in Pokémon Omega Ruby and Alpha Sapphire. With EXP Share turned on, the player will find little challenge throughout most of the game outside of the Elite Four, but it is necessary or the team will become underleveled rather fast.

Moving away from the actual Pokemon battle part of the game, journeying back to Hoenn also means the return of one of the best aspects to come out of the original Ruby and Sapphire, Pokemon Contests. Spread throughout the game in a variety of cities, players can enter contests as seen throughout the series. However, the most useful addition here is that of Cosplay Pikachu, who can dress up in five different costumes that will provide special moves that Pikachu can not learn otherwise. These moves range across multiple types such as Fairy and Ice, which means this Pikachu can make an immediate impact on any team. 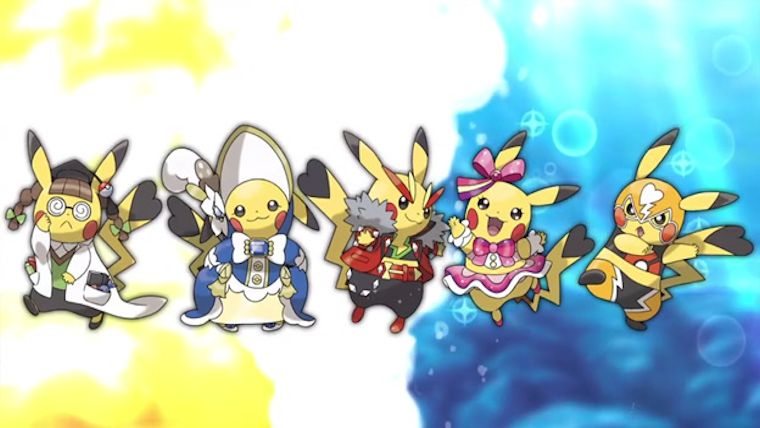 Contests are not the only feature to be taken from the originals and upgraded, as Secret Bases have also returned. Further extending the longevity of the game, Secret Bases allow the player to design a room to his or her specifications and then invite others to come and check it out. Perhaps the best aspect of the Secret Bases are the ability to set the rules and have others come to the “gym” and challenge the player. With the ability of the 3DS to read QR codes, these have been integrated in such as way that the experience of sharing is both easy and efficient.

Pokemon Omega Ruby and Alpha Sapphire don’t really break the mold established with last year’s Pokemon X and Y, but they do an excellent job at bringing the player back to the unique Hoenn region. With much better pacing and the inclusion of Mega and Primal Evolutions into the main story, Game Freak has amazed once again with a near perfect reimagining of the Generation III classics. Enhancing the experience even further was the inclusion of the DexNav, one of the most important additions to the Pokemon catching mechanic since the beginning of the series. Pokemon Omega Ruby and Alpha Sapphire are the definition of what makes the series great, while serving as impeccable pieces of nostalgia for anyone that played the originals.