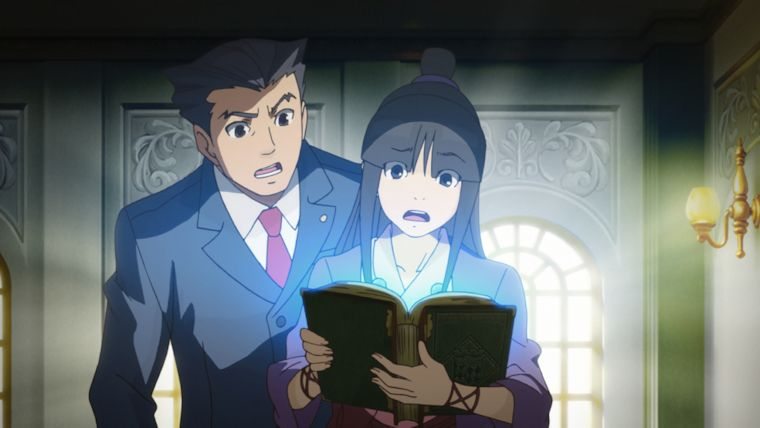 Crossovers in gaming are pretty natural in this day and age, with some being on a much larger scale like Super Smash Bros. that take characters from a number of franchises and brings them into one single game. However, sometimes we get crossovers that are a little more low key with just two game series coming together for one grand game. The latest of this kind brings together two series that seem perfect for one another, Professor Layton and Phoenix Wright with the aptly named Professor Layton VS Phoenix Wright: Ace Attorney.

Of the two series, Phoenix Wright predates the other by a few years, first debuting on the Game Boy Advance in 2001 as a Japanese exclusive, which remained the case until Capcom brought the series to the US with the remake on the Nintendo DS in 2005. The series quickly became quite popular among gamers, thanks to its unique gameplay and intriguing storylines and mysteries.

Professor Layton debuted a good number of years later in 2007, but has seen much more regular releases than Phoenix Wright. In fact, the US just saw the conclusion of the second trilogy in the series earlier this year with Professor Layton and the Azran Legacy. Like Phoenix Wright, the series grew to be very popular due to the presence of very thought provoking and well crafted mysteries.

Professor Layton VS Phoenix Wright: Ace Attorney starts off by reintroducing us to Professor Layton and his apprentice Luke as they come across a young girl named Espella, who is being chased by a mysterious witch, taking the series’ supernatural levels to new heights. This opening segment brings forth the mystery of Labyrinthia, which then shifts over to Phoenix Wright and his assistant Maya, who are coming to London as part of an attorney exchange program. He is quickly thrown into a court case where he is for some reason defending a very different acting Espella, which is where the story really takes off. Before long, our two protagonists meet up and the action and mystery truly begins.

With Professor Layton coming from Level-5 and Phoenix Wright coming from Capcom, we definitely had two different styles of gameplay to bring together into one game. Professor Layton offers some of the best puzzle gameplay around, with mysteries abound as you solve not only the puzzles surrounding the story, but an abundance of other random and well thought out puzzles. Phoenix Wright is a little different, as there are certainly mysteries that you must solve, but they are instead done through the courtroom by cross-examining witnesses and such. Luckily, Professor Layton VS Phoenix Wright: Ace Attorney does a really fine job of melding the two gameplay types together.

For anyone that has played a Professor Layton or Phoenix Wright games, this game should feel right at home for you, at least in their respective sections. The gameplay for the Layton parts of the game are just as you have seen in any recent Professor Layton game, with searching the background made simple as you can control the magnifying glass by moving across the bottom screen with your stylus or the circle pad. I personally found it much better to use the stylus, as it allowed for much more precision in your movement. As always, you can move throughout the map into different areas, most of which will hold three hint coins. Now, the map screen will tell you the number of hint coins you’ve collected per location, making it much easier to find any you may have missed.

There is a set pathway for you to go about to advance the story, but also a number of side puzzles for you to find as well along the way. The puzzles are exactly what you would expect, but luckily seemed to feature a good bit more variety than in some more recent entries in the series. Professor Layton and the Azran Legacy featured a lot of the same puzzle type throughout the game with some changes, so it was nice to see many different puzzles types throughout the Layton sections, which was definitely helped by the fact that half of the game was Phoenix Wright related content.

Just like Professor Layton, the Phoenix Wright segments feel like they are straight from the original games as well, though with a few new elements mixed in. The new elements are mostly found during the investigation sections, which are basically the Professor Layton gameplay with Phoenix Wright doing the moving around instead. Professor Layton’s hint coins are also introduced into the trial gameplay as well. However, once you get to the actual Witch Trials, the game truly begins to feel like a Phoenix Wright game. You will basically start a case  where you must try to defend a character, the first of which is Espella. At this point, most every case gets turned upside down at some point with insane witnesses, twists, and turns that will keep you interested.

The trial gameplay is quite the experience, as sometimes you may be cross-examining one witness, while others you will be questioning four at a time. In the latter situations, mechanics such as watching other witnesses while one is answering for further clues is a nice touch, and adds a lot of depth to the Witch Trials. The trials do tend to get a little longwinded after awhile though, which can get a little tiresome. This isn’t helped by the fact that the characters use the exact same animations over and over again, especially with the witnesses and the prosecutor Barnham.

The long nature of the trials leads to about the only big problem that I had with the game, the way that the Professor Layton and Phoenix Wright gameplay sections were split up. It’s understandable that they would be more separated early in the game, before the characters interact at all, but the game keeps a one or the other setup for most of the game. This means you will have a long segment of Layton only gameplay following by a courtroom segment that may last an hour or two. The courtroom sessions can get especially longwinded, which means you will be unable to do any sort of Layton-like puzzles for a good long while. It’s one thing to play a Phoenix Wright game where you know you will be involved in these long courtroom sessions, but in one like this, they really should have cut them down a bit to allow for a little downtime to just maybe do some of the puzzles that we missed, which are sent to this game’s version of the riddle house.

If you are looking for a handheld game with a good bit of length, Professor Layton VS Phoenix Wright: Ace Attorney may be just perfect for you. Each chapter takes awhile to complete, especially if you aren’t skipping past the conversations between characters, which would be a big mistake in such a story driven game as this. In addition, Level-5 and Capcom are not stopping with just the game, as we are getting plenty of post-release content. A new storyline will be available along with new puzzles in the weeks after release, which is very common for Professor Layton games. 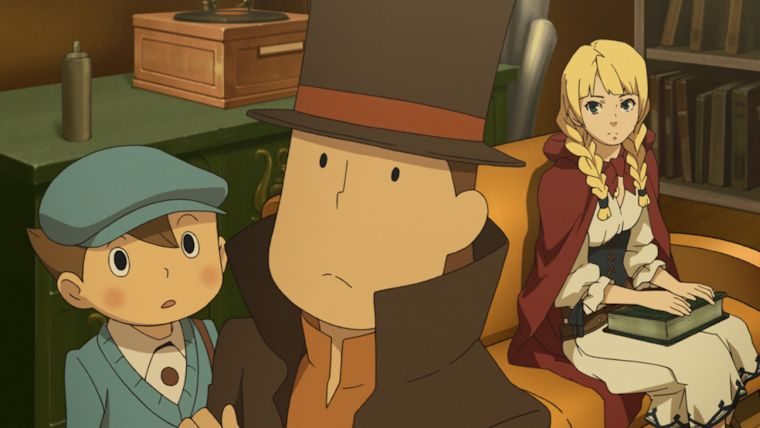 This crossover looks exceptionally well on the Nintendo 3DS for a handheld title, with plenty of firsts for the Ace Attorney series. While the Professor Layton series has featured voice acting and full anime cutscenes throughout each of the games in the series, this game is the first time we’ve had them for a Phoenix Wright game. However, Phoenix Wright seems perfectly suited for such an animation style and fits extremely well right alongside Professor Layton. There are also of course the classic “Objection” catchphrases that you know from the past, but we get a lot more this time around thanks to the full cutscenes.

Professor Layton VS Phoenix Wright: Ace Attorney is the best of both worlds as you get the excellent and unique gameplay found in both the Professor Layton and Phoenix Wright series put together into one fantastic package. Featuring a very engaging and well crafted story, this game is very hard to put down once you get started. The very long courtroom sessions do split up the Professor Layton game segments a bit too much at times, but the game is still an absolute joy to play. This game is perfect for fans of both series, but it also serves as a great testing ground for those that have only played one, as it may very well turn you onto the other as well. With plenty of depth and content to keep you busy, you certainly cannot go wrong with a price of only $29.99 for Professor Layton VS Phoenix Wright: Ace Attorney.