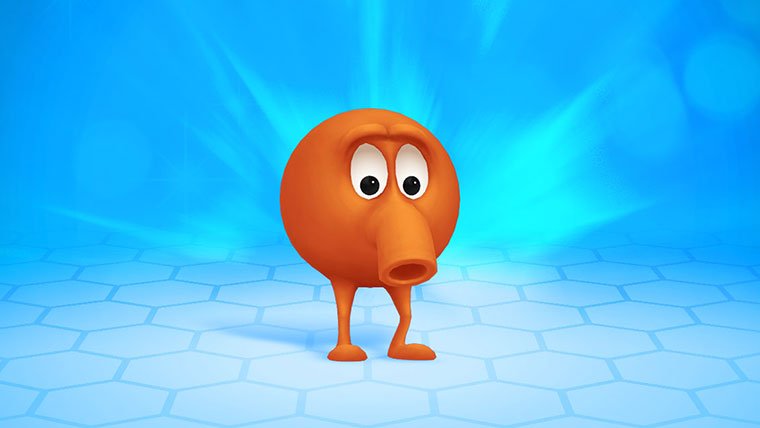 Perhaps forgotten about compared to arcade icons like Donkey Kong and Pac-Man, Q*Bert is still a very important name to the gaming industry. Debuting in 1982 through arcades, the series has been ported to the likes of Atari, ColecoVision, and NES, with sequels coming to system like the SNES and PlayStation. Seemingly on hiatus since 2005, Q*Bert made an appearance in the excellent Wreck-It Ralph and now has returned to the gaming scene with a brand new game in Q*Bert Rebooted. Following a PC release last summer, Q*Bert Rebooted has now released across all three PlayStation platforms, and has seen the franchise transition from an arcade style to something more akin to a mobile game.

While one of the oldest gaming franchises, Q*Bert always existed in a somewhat pseudo 3D plane. That 3D design improved in future titles and now Gonzo Games and Sideline Amusements have continued that trend in Q*Bert Rebooted. Rather than the cube design that actually gave the series its name, this game utilizes hexagonal platforms instead. This means that you have six directions in which you can move instead of the four provided before.

Switching to the hexagonal shaped platforms certainly allowed the developers to further improve on the puzzles themselves. Combined with the better 3D plane, the depth of levels is better than ever in this remake. The game gradually adds some new elements that make the game harder as the levels get higher without ever feeling like an unfair sharp increase in difficulty. 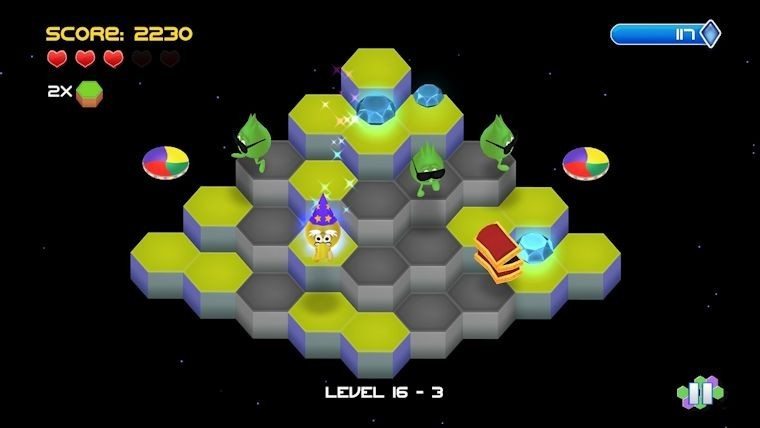 One of the biggest problems with Q*Bert Rebooted however, is that the controls are too loose and often very problematic. Rather than moving precisely based upon how you move the analog stick, Q*Bert often seems to have a mind of his own and jumps off the edge when a turn was made in plenty of time. This can grow incredibly frustrating, especially when trying to make speed runs or collect the points stars.

Rather than the simple setup where the player just beats a stage and advances completely on that playthrough, Q*Bert Rebooted takes a lot of notes from the current mobile game landscape instead. Players much collect stars throughout the game, with the first of each stage being obtained just by completing it. The second and third involve the aforementioned beating of the stage in a certain period of time or collecting of enough points, both of which will provide the player with another star.

The choice to make Q*Bert more accessible on the go, rather than an arcade style, where one must beat it all in one try, was a really smart idea. Taking the stars ideas from games like Candy Crush Saga and Angry Birds is obvious, but the major complaint here is that every stage absolutely has to be played three times to collect them all, rather than allowing them to be earned on the first try. This is a major problem, especially if one had an excellent run on the first attempt, with the two additional only serving to basically prolong the game for no good reason. 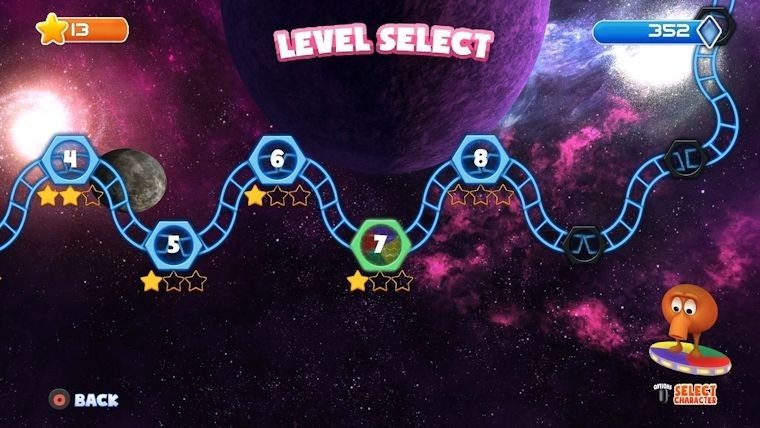 The stars are not just a superfluous collectible either, as they are required to advance past certain points in the game, which seems like a big mistake. The aforementioned mobile games allow the player to advance as long as they beat a stage, but to get past certain points, one must at least get some of the speed run stars and probably some points as well. With this growing extremely tiresome at times, Q*Bert is not a game that anyone can play for long stretches, but luckily the Vita version somewhat quells this problem due to being portable.

Besides the stars, the one other collectible in the game are gems. These are readily available throughout every single stage in the game, with the easiest way of collecting them coming in the bonus rounds at the end of each of the levels. Sadly, the collecting of the gems is pretty useless, as they can only be redeemed for alternate Q*Bert skins, which are merely superficial. After beating the game and collecting all of the costumes, there is little that will bring you back to this game upon completing it, outside of just wanting to play some Q*Bert.

Considering that Q*Bert Rebooted has chosen to go with the mobile game format of mini-stages and collectible stars that are primed for pick-up and go gameplay, one would assume that the game would be incredibly efficient loading wise. However, Q*Bert Rebooted features some of the absolute worst load times in recent memory. While very annoying, it would at least be somewhat understandable in a game with lots of details to load, but Q*Bert is about as simplistic as it gets. This is absolutely inexcusable, with it sometimes taking more than a minute to load a single level. Then when trying the next level, it would do the exact same thing, rather than the initial long load time being caused by the loading of multiple stages in advance. 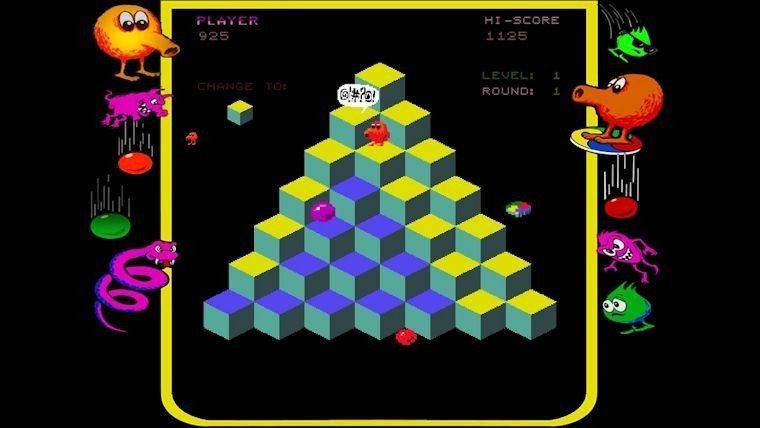 While the new version of Q*Bert takes forever to load, luckily there is another game included that runs much faster. This latest entry in the long running series provides gamers with not only the brand new reboot that gives the game its name, but also a copy of Q*Bert Classic as well. The classic Q*Bert is exactly as you will remember it from the old days, with the simplistic cubes that can be moved between with much more precision than that of the new version. It even has the true arcade presentation, with the type of borders on the left and right that you would find in an actual cabinet.

After nearly 10 years, Q*Bert has returned to the scene with Q*Bert Rebooted. Retaining most of the classic gameplay, the controls have taken a major step back that can make the game become much more frustrating, especially in comparison to the classic version included in the package. Q*Bert Rebooted certainly has a number of drawbacks, especially the abysmal loading times, but considering it only costs $9.99 and comes with three-way cross-buy, it can still be a good purchase for those that want to experience the nostalgia through the classic game and an okay remake.