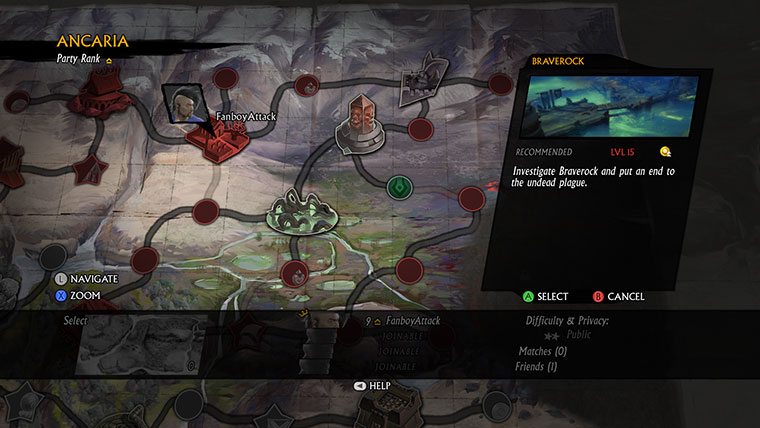 Who says that AA games are dead?  Sure, the release of lower budget games have tapered off in recent years, but dead?  No, not if Sacred 3 has anything to say about it.  AA games have stopped being released as often because competition is stiff, and games are expensive to make.  The Sacred franchise has spanned three games now, and multiple expansions on PC, but make no mistake about it, Sacred is AA game, and Sacred 3 is possibly the least ambitious of the bunch.

Diablo is a tail that Sacred has been chasing for the better part of a decade.  The problem is, Sacred has been a wholly unexceptional franchise, one that has more potential than the developers have been able to execute on. Sacred 3 is again an unexceptional game, albeit a better game than its predecessors for offering a more streamlined affair, one that echoes back to a more simplistic arcade style.   It does very little to differentiate itself from the crowd, however, and instead relies on tried and true gameplay mechanics and tongue-in-cheek humor, to tell a story chocked full of forgettable characters, save for one or two.  It’s a top down isometric hack-n-slash game, that will draw comparisons once again to Diablo (though maybe the console version is a better comparison this time around), minus the major loot hooks that keep things interesting.   Sacred 3 is supposed to feel like an classic arcade game, but doesn’t do much more than prove its design antiquated.

Sacred 3 is a class-based hack and slash game, which means that players will be able to choose from one of four characters.  There’s Marak “The Safiri Warrior”,  a front line fighter who can tank enemies using two-handed weapons.  There’s Vajra “The Khukuri Archer”, a ranged character who uses a bow to keep his distance.  There’s Claire “The Seraphim Paladin”, she uses both a sword and heavenly magic — her main attribute is speed and agility.   Finally there’s Alithea “The Ancarian Lancer”, an expert with polearms, this character strikes from safe distances, and harnesses the powers of the Earth.  Each character plays entirely differently due to their weapons and magical abilities.  It’s a starting base for your character, who can be customized as the game unfolds with various power-ups, weapons, and abilities as you progress through the story.  There’s plenty to unlock in Sacred 3 and its got a fairly lengthy system of progression, one that is tied to both in-game currency and levels that must be reached to unlock certain abilities.  But overall, customization options are extremely limited and restrictive.

If there’s one thing that Sacred 3 does have going for it, it’s in the amount of content there is, and replayability of the game due to online co-op.  There are over 30  missions to tackle, some big, some small, the aforementioned progression system, multiple characters to learn, and numerous difficulty levels for players to tackle either on their own, with online randoms, or with friends.  If the gameplay can hook you, there’s plenty to do in Sacred 3, and it could keep you busy for awhile.  The problem is, it doesn’t quite get the job done in that regard.

The combat in Sacred 3 is fairly simplistic, this is where the majority of your time in the game will be spent, and there’s just not enough variety.  Enemy types aren’t varied enough, nor is the skill required to defeat them challenging enough to stave off boredom.  Eventhough there are quite a few levels with varying aesthetic, the tasks within them aren’t varied or demanding.  You quickly find out that there are only a handful of scenarios that the developers continually use across the game in its entirety.  Maybe they are reskinned slightly, but not by much.  Enemy variety is also lacking, and ultimately this combination just leads to the entire game sort of blending together.   This is especially true for the solo player.  Sacred 3 is a boring game to play by yourself.  There’s a story, but mileage will vary, and the humor won’t be everyone’s cup of tea.   The repetitive nature of the gameplay and missions you are tasked with become mundane after only a few hours.  Even though you can switch weapons and abilities as you unlock them, the combat just doesn’t feel very deep, and really fails to offer a challenge on three of the difficulty levels.  There’s just not much out of the ordinary here and the repetition really kills it for the solo player.  Looking at a small sample of the gameplay, Sacred 3 probably doesn’t appear that bad, but stringing it together and playing a few levels, things just start to run together, and you can see that the game is severely lacking in variety.

Sacred 3 is a little more fun as a cooperative game, but even then it’s still a pretty mundane and repetitive adventure.  It’s just not clear what the real reward for coming back is.  Is it bettering your character?  The gameplay could have benefited greatly from some sort of loot mechanic.  Some sort of carrot on the stick to keep players coming back.  As it stands, its more of a rinse and repeat game.  Kill enemies, collect health orbs, mana orbs, and gold… Repeat.  Though co-op is the ideal way to play Sacred 3, it doesn’t necessarily save the game.  I definitely had more fun playing cooperative than I did solo, but you’ll also run into problems online.  First and foremost is the ability to join games where you are simply out of your league.  If your friends happen to be higher ranks than you, there’s no scaling that is going to help you.  You’re going to die. Alot.  Then there’s lag and connectivity problems.  A rough estimate would put my review time with Sacred 3 and its online component at around 30% or more of the games I played had some sort of lag,  and it was plainly obvious.  Characters warped around the map, they didn’t do their animations, or they skipped multiple frames in said animation.  Many times, online in Sacred 3 felt like a weird disjointed experience.  That’s not to say that the game will be like at launch, but it was an issue with the review code on PC. 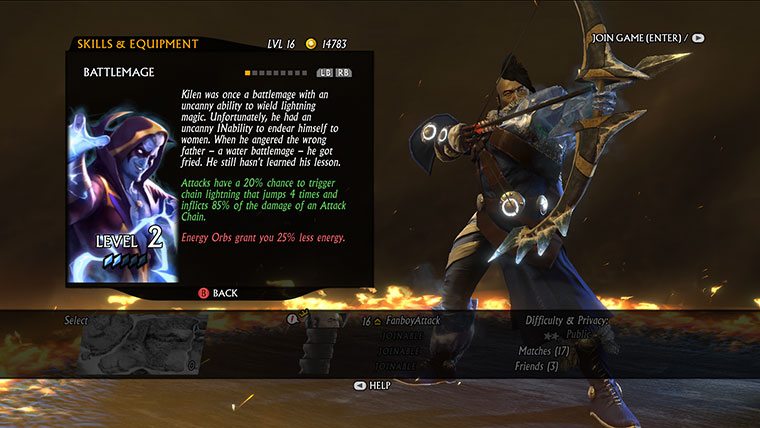 Sacred has a lot more promise as a cooperative game, if just for the dynamic of having multiple characters with different skills.  Enemies scale in difficulty as more heroes are added to the game.  Players can use Weapon Spirits, which provide buffs in some cases for your party as a whole.  Tag team attacks can be used on Elite Enemies or bosses, it just a more compelling experience when adding all these things to the combat equation.  Does it save Sacred 3?  Not as much as better hook in the gameplay department would have.  It’s easy to keep harping on a loot system for the game, but as it stands, new weapons and powerups are few and far between, and more of them, alongside deeper customization options would have been nice.  It’s a shame that the gameplay and features surrounding it  isn’t a more compelling package in Sacred 3,  because it doesn’t present itself badly at face value.