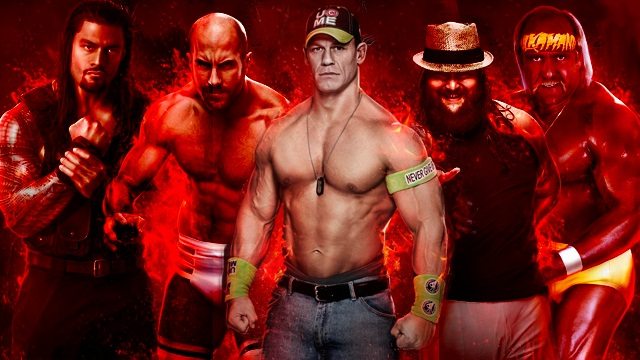 WWE 2K15 has finally come out on the PS4 and Xbox One bringing with it some of the best looking graphics the series has ever seen. Apart from being a big leap in visuals, 2K Games had both Yuke’s and Visual Concepts work on the game to overhaul the gameplay as well. Whereas the PS3 and Xbox 360 versions played exactly like WWE 2K14, the PS4 and Xbox One versions are a different beast altogether. It truly does feel like a whole new game, although there are some things that prevent WWe 2K15 from becoming a World Champion.

Excellent graphics for the first time in years

Without question this version of WWE 2K15 looks excellent. It utilizes the same graphics engine as the NBA 2K series resulting in a true visual delight. Yuke’s failed to improve the graphics of the WWE series for the last few years and fans were sick and tired of the play-dough looking visuals. It’s certainly nice to see that the graphics look different this year. Not to mention the new game engine also eliminates all of the horrible glitches that occurred in previous titles. You won’t see wrestlers freezing up or contorting their bodies in horrific ways anymore. This makes for a smooth gameplay experience that is free of any game-breaking bugs or glitches.

It’s also worth mentioning that WWE 2K15 runs at 1080p and 60fps for both PS4 and Xbox One. Looking at the character models of John Cena, Randy Orton and morewill impress any wrestling fan thanks to their accuracy and overall quality. They are a huge leap from the PS3 and Xbox 360 versions to say the least. Even wrestlers that were not scanned to be in the game such as The Rock and CM Punk look very close to their real-life counterparts.

The only minor flaw in the graphics is some of the hair that is featured on specific wrestlers. For example, the 2002-2004 Triple H character model looks especially weird as his hair looks completely unnatural, making it look like he is wearing a bad wig. Other people with long straight hair such as Shawn Michaels also look strange. Hopefully more focus is placed on improving the wrestler’s hair in future entries so that it appears more natural. 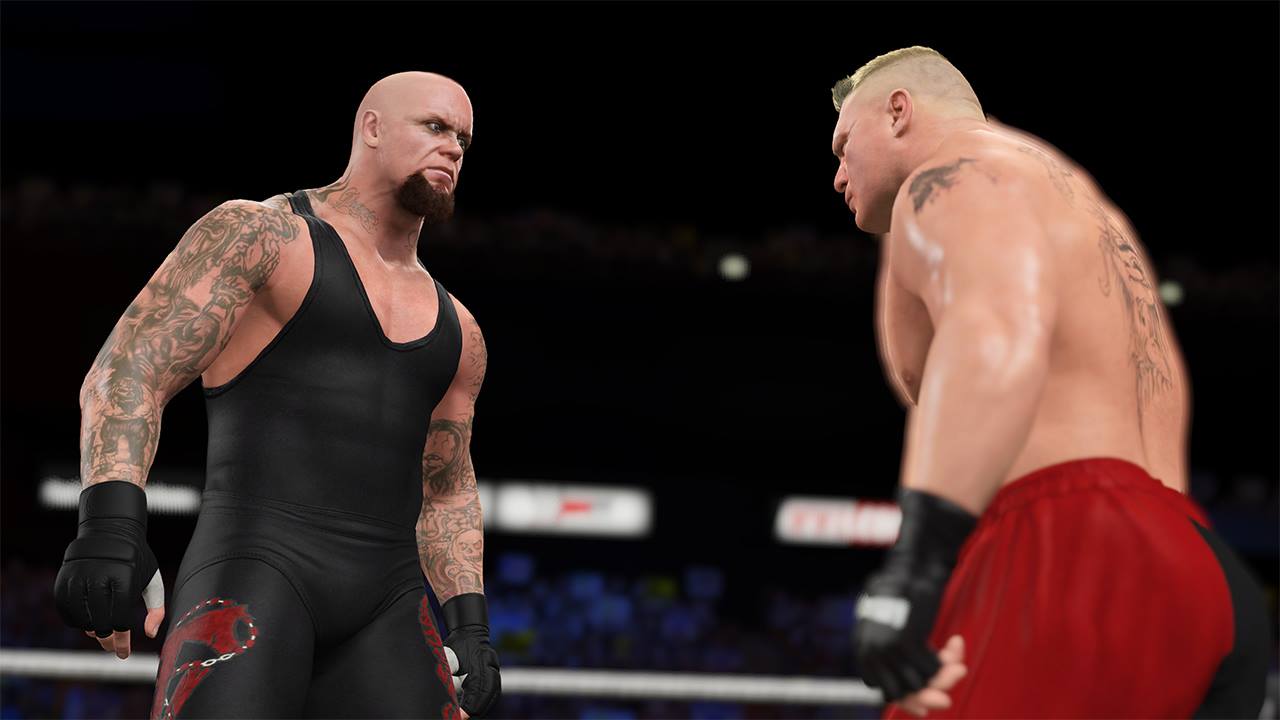 For the past few years, the WWE video games increased in pace as the in-ring action became faster and more frenetic. However, even though the PS3 and Xbox 360 version of WWE 2K15 retained this frantic gameplay, the PS4 and Xbox One version of WWE 2K15 slows down the pace to make things feel more realistic. This allows the game to more closely emulate how a real wrestling match is played.

The only downside to the slower pace is that matches are more difficult and it takes a bit of effort to win. This may disappoint casual gamers who would prefer an easier style of gameplay, but hardcore fans will appreciate the change as it’s a step in the right direction for the game to have a more realistic style.

Furthermore, the wrestling itself feels more solid as the collision detection has been improved immensely. The stamina system also plays a huge part in WWE 2K15 as wrestlers walk slowly and feel more pain in their bodies the longer a match goes on. 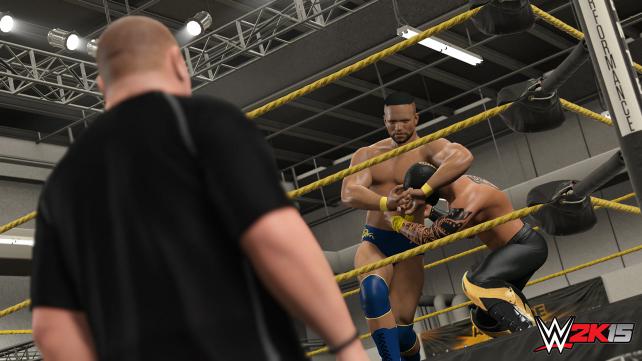 The two new modes introduced this year in WWE 2K15 are 2K Showcase and MyCareer. 2K Showcase includes the rivalries of John Cena vs. CM Punk and Triple H vs. Shawn Michaels. Unfortunately, 2K Showcase doesn’t feel as fun as last year’s “30 Years of WrestleMania” simply because you are controlling the same four wrestlers most of the time. It’s also shorter, as last year’s more had 45 matches, while in 2K Showcase there are only 33. Still, it’s fun to play through as there are plenty of unlockables to work toward. Not to mention this is likely to be the last year CM Punk appears in a WWE video game, so fans will appreciate that he has a huge part in this year’s game.

MyCareer takes a page out of NBA 2K15’s book, as you create a nobody in hopes of turning them into a famous star. MyCareer makes you start off at WWE’s Performance Center as you train to become a WWE Superstar. From there, you are promoted to NXT and then on to the main roster.

MyCareer has a nice difficulty to it since you start from the very bottom with lackluster abilities and skills. You will need to win a lot of matches before you can earn more points to improve your wrestler. If you lose too many matches however, your career never progresses and you will be stuck in a rut facing the same group of wrestlers never getting pushed into the main events. It’s a very lengthy mode and you will need a lot of patience and skill to be able to enjoy it properly. 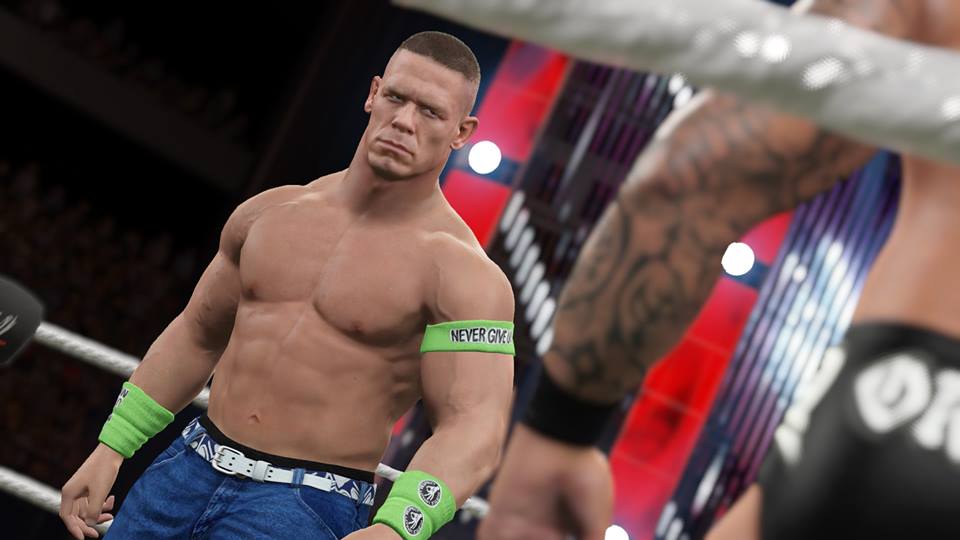 The biggest disappointment in WWE 2K15 on PS4 and Xbox One is the fact that a lot of features that were in previous games have been completely removed. The Highlight Reel feature is missing as you can no longer save videos or screenshots of gameplay from any camera angle. Given the massive focus on improving the graphics this time around, it is bewildering how this feature was removed right when it would be the most enjoyable and useful.

The omission of many match types will make multiplayer gaming a bit boring this year too. Handicap matches are common in WWE programming, yet you cannot play them at all in WWE 2K15. Tornado style tag-team matches are also gone too as well as other specialty type matches such as “I Quit”, “First Blood” and more.

The lack of create options is arguably the one that will disappoint players the most. Criminally, you cannot create a Diva in WWE 2K15 for PS4 and Xbox One, so the only female wrestlers you can play as are the eight that that have already been included. Worse yet, you can no longer create your own finishing move or choose your own theme music.

Yuke’s and Visual Concepts ended up with a “one step forward, two steps back” approach while developing WWE 2K15. The two things they managed to get right are the lifelike graphics and sim-based style of gameplay. In order to achieve this though, they had to sacrifice other things that made the previous games so enjoyable. This will certainly upset longtime fans and possibly leave newcomers wondering why the series was so popular in the first place. Here’s hoping WWE 2K16 still has the improved gameplay and graphics with the missing features all added back in.