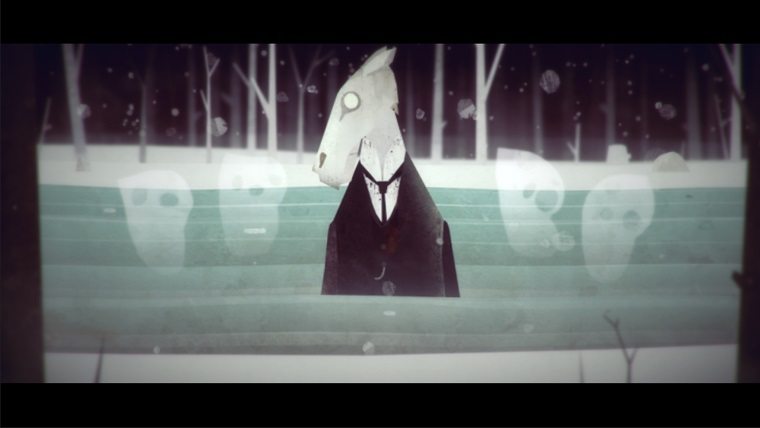 Horror games on the Wii U are few and far between. Indie developed, third party horror games are about as rare as they come, with really only ZombiU and a couple of other titles fitting the description. This alone makes Year Walk, from Simogo and Dakko Dakko worth checking out. A touch-enabled horror game based on Swedish mythology, the game is actually a great fit for the Wii U, having made appearances on iOS, PC, and Mac already. Having been rebuilt for Nintendo’s console, Year Walk retains the same malevolent feel of the original game, but with Gamepad specific elements that make it work on the console. Combined with a surreal storyline, beautiful papercraft art style, and a fantastic soundtrack, Year Walk will satisfy many, but a couple of sticking points hold it back from greatness.

Year Walk tells the story of Daniel Svensson, who is in love with a woman named Stina. Unfortunately, Stina has been proposed to by another man, so Svensson decides to go on a Year Walk to figure out how to handle the situation. However, Year Walking, which is an actual Swedish tradition meant to give one a glimpse into the future, can be extremely dangerous, as Stina points out to Svensson. Many people die while attempting the activity, and even if they don’t, finding out the future isn’t always a good idea.

This is the catalyst for everything that follows in Year Walk, a game that will be equal parts disturbing and fascinating for players. Sort of a mix of supernatural wonder and horror elements, Year Walk presents players with something quite unique in the gaming world. Being based on Swedish mythology is easily Year Walk’s greatest strength, giving it a fresh feel even among its fellow horror titles. You won’t encounter zombies or other well-known creatures here. Instead you’ll learn about creatures like the mylings, whose history alone could cause nightmares for the more squeamish. 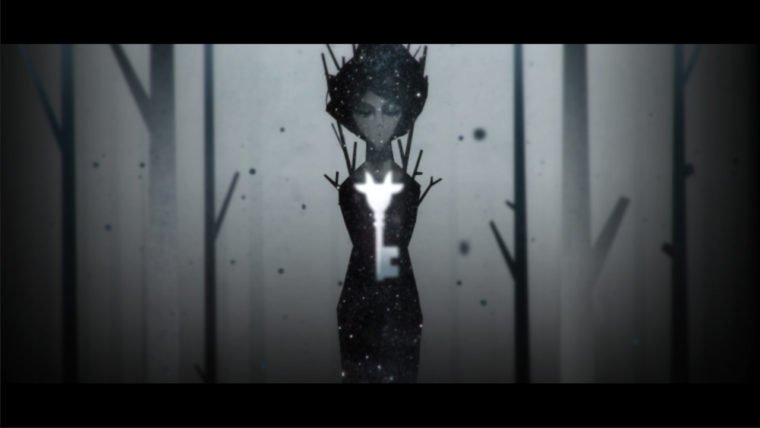 All of these fascinating and scary creatures are presented in the game’s great art style. Sort of a papercraft diorama, the world of Year Walk might not be technically impressive, but its styling is fantastic. The 2D art layers on top of itself, creating a nice feeling of depth that falls away from the player into the background. The darkness of the world surrounds the player, while the clean white snow creates a stark contrast that elicits the proper feelings of intrigue and dread. These feelings are only enhanced by the superb soundtrack. Full of dark and moody tones that truly boosts the atmosphere that the story and visuals create.

That story, while somewhat minimal, will capture the imaginations of those seeking a darker, and more thought provoking affair. Story takes a backseat during the main portion of the game, simply having the player progress through the game with the smallest of narrative thread. However, when it picks back up it does so exceptionally well, sending players on a great emotional journey that will leave them with a lasting impression well beyond the closing credits.

The only place where Year Walk truly falters is in its gameplay, which was reinvented for the Wii U, but not quite enough. Taking a previously mobile title and placing it onto the Wii U makes a lot of sense, but Year Walk doesn’t quite make it to true Wii U perfection. 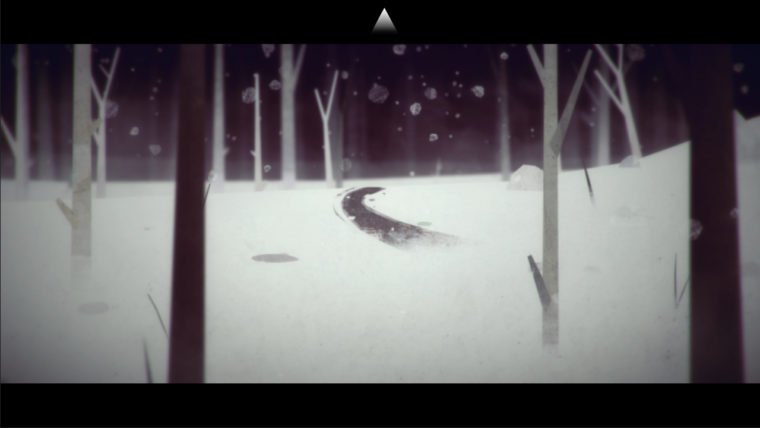 Players move about the 2D landscape in the four cardinal directions, scrolling through the level by going left and right, and moving to a new place by locating a walkway and going up or down it. Spotting the small white arrows that dictate where you can move up and down can be difficult, requiring a bit too much staring at the Gamepad map. These walkways sometimes ask players to do a tiny bit of puzzle solving to unlock, usually moving an object, or figuring out a longer problem for more important areas.

Along the way you’ll find a few buildings or other internal areas, which usually take some additional puzzle-solving skills to move forward in the main game. Many of these require items or information from other spots on the map, which is where Year Walk’s gameplay becomes its most interesting and complex. Taking notes, looking up information in the fascinating lore encyclopedia, and using the Gamepad in new and interesting ways.

The main issue comes in with the motion controls, which tie to the world via a strange method. Instead of letting players use the Gamepad to touch items on the screen, Year Walk has you call forth a cursor and move it via motion. Getting used to this will take some time, as it seems to require you to keep the Gamepad at a perpendicular angle to the floor. If you are holding it up, or at the wrong angle, then moving it will cause some huge issues, and make players wonder how this is all supposed to work. 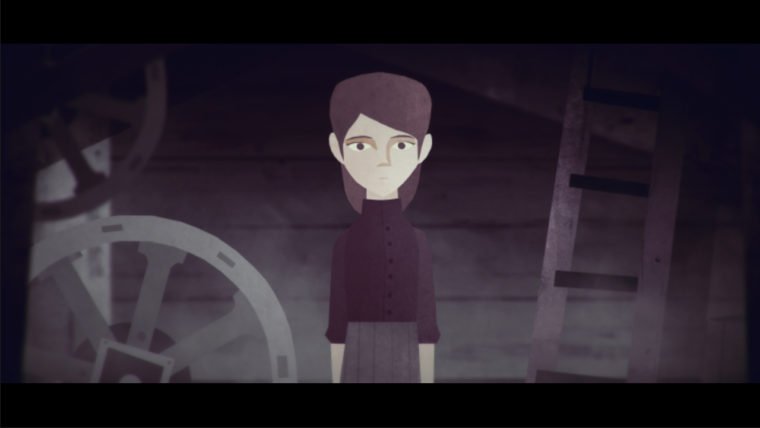 Another problem crops up in the way that the game was shifted away from mobile and to the Gamepad. One example includes two objects that need to be interacted with at the same time. On iOS players just touched both of them at once, but on Wii U that is impossible. The solution involves buttons that had never been used in the game before, and wouldn’t be used again. While the in-game hint system points you in this direction, its advice could easily be misinterpreted, leaving players lost for a while. Most puzzles work well, but a couple will have players stumbling around, hurting that valuable immersion that the game built with great care.

Year Walk is a fascinating, unique experience on the Wii U, presenting a new world for gamers to enjoy. Taking Swedish mythology and crafting a puzzle-based horror game will definitely please Wii U owners who are looking for something fresh and interesting to play. The Wii U version has a few very small issues, but overall it presents some great new takes on the Gamepad, that fans will definitely want to check out, as long as they can get past a couple of small missteps.