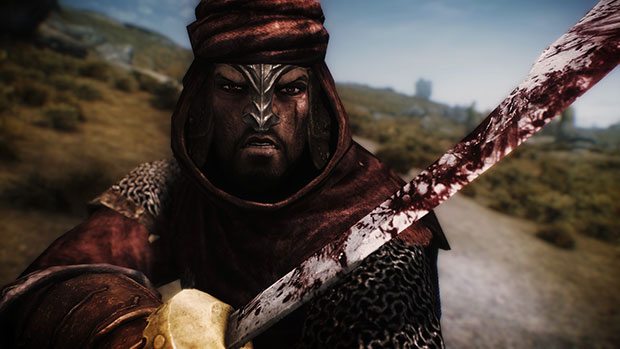 A trademark registered by Bethesda could give Skyrim fans their first hints at an upcoming DLC expansion for the RPG.  The trademark Bethesda has filed mentions the name “Redguard”, but what it is exactly has yet to be confirmed by the developers or publishers of the popular RPG.  The trademark was filed as “downloadable computer game software offered via the internet and wireless devices”, and was filed all the way back in March of 2011.  It was then renewed in August of 2012, so Bethesda could indeed be cooking up a fourth expansion pack for the game.

So if this trademark was filed all the way back in August, what’s the big deal? Bethesda’s PR team recently fielded an interesting question from a fan via Twitter, where they neither confirmed or denied the Redguard expansion.  Pete Hines said via Twitter via OXM, “Sorry, I don’t comment on every rumor that comes up.”  However, this is far from a rumor.  This is something that Bethesda felt worthy enough to go through the trouble of placing a trademark on and renewing.  It’s quite possible that they just aren’t ready to spill the beans just yet.

This could have something to do with the phantom PlayStation 3 expansion content that has yet to arrive on the platform.  PlayStation fans are set to get their first taste of Skyrim DLC with the Dragonborn expansion in 2013.