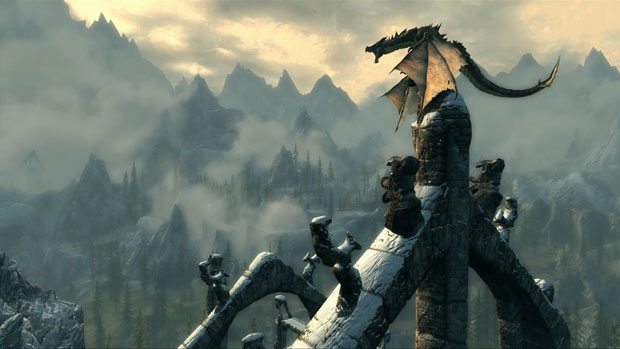 Elder Scrolls V Skyrim news has been sparse since it’s announcement just a short while ago, especially in the screenshot department.  All that we have gotten to see from the realm of Skyrim are some conceptual pieces and a really beautiful vista.  In the most recent media update for Elder Scrolls V, the new screenshots show what appears to be some really impressive in game shots of the new engine hard at work in Skyrim.

Skeleton Beasts, Dragons Perched, Lush Landscapes, and Fair Maidens, just about everything you are expecting in Elder Scrolls V Skyrim.  Skyrim is scheduled for a November release on Xbox 360, PS3, and PC.  And with the recent news influx prepare for an onslaught of Skyrim news in the coming months leading up to launch.