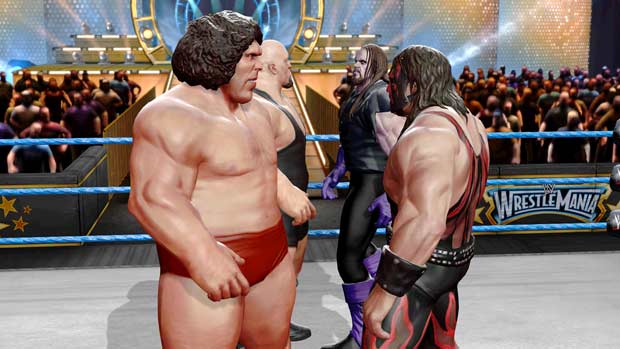 The revolutionary new addition to THQ’s distinguished WWE videogame portfolio and debut release from the company’s San Diego-based studio, WWE All Stars will bridge generations of WWE enthusiasts and casual followers alike with a  fast-paced experience inside the virtual ring.  The game features a cast of WWE Allstars from present day and all times.

Wrasslers like John Cena, The Rock, Andre The Giant, The Macho Man, and Ricky The Dragon Steamboat, plus many more will be available to use in the game.

Wrestlers will all be equipped with individual abilities and signature moves just like the real fake thing.  If none of the characters pique your interest you can always create a character in the game’s create a class mode where you can select one of four classes and customize him right down to his pink spandex panties.