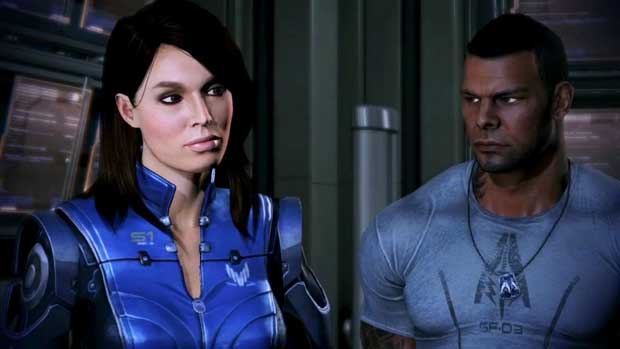 Bioware has revealed a few new details about Mass Effect 3.  Newcomer to Commander Shepard’s crew of commandos, James Vega, has been revealed to be voiced by actor Freddie Prinze Jr.  According to the video, Prinze is a big fan of the franchise and is excited about the possibility of being able to play with himself..jk.

Mass Effect 3 is the third game in the popular Mass Effect series, and is rumored to be the final installment. Controlling Commander Shepard players will utilize extreme character customization, a hallmark feature of the series.

Bioware also recently outed the game’s Kinect functionality at CES 2012, as the Action/RPG sets up for a March release on Xbox 360, PS3, and PC.