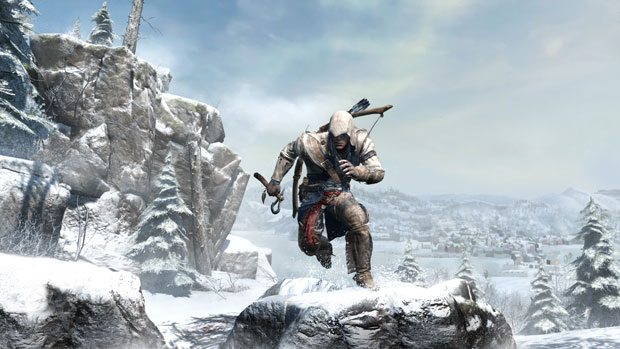 Assassin’s Creed III will hit store shelves on October 30, 2012, encouraging gamers to experience the American Revolutionary War not written about in history books.  The largest project in Ubisoft’s history also introduces a new hero for the ages.

With a development cycle of over three years and twice the production capacity of any previous Ubisoft game, Assassin’s Creed III is set to release on the Xbox 360 video game and entertainment system from Microsoft, PlayStation 3 computer entertainment system, Windows PC and is also in development for Wii U from Nintendo. Assassin’s Creed III is developed by Ubisoft Montreal in collaboration with six other Ubisoft studios.