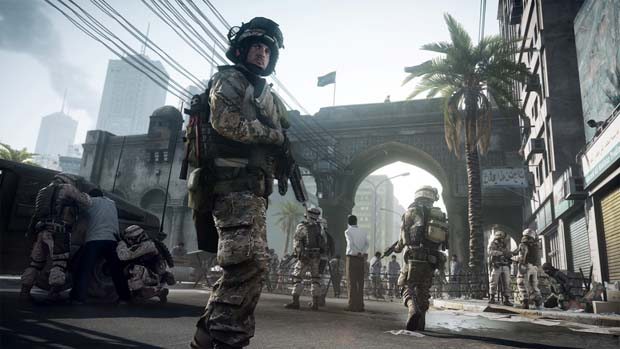 Last Week DICE released the first full trailer for Battlefield 3 and many speculated that it wasn’t actual game footage.  You can put those rumors to rest, because they just released a new trailer with 100% gameplay footage, and by all accounts it looks amazing.  Titled the Fault Line Series, this new all gameplay footage is titled Episode I so expect more videos like these to follow shortly.

In the video below we follow Staff Sgt. Blackburn and his team of U.S. Marines into the bad part of town in this first installment of the Battlefield 3 Fault Line video series. In case there are any doubts to what platform the gameplay is from, it’s PC.  You can see WASD commands at around 1:55.

Battlefield 3 is scheduled for release in the Fall of 2011, from the Team at DICE the game will be available for PC, Xbox 360, and PS3.

This video is no longer available by the uploader.