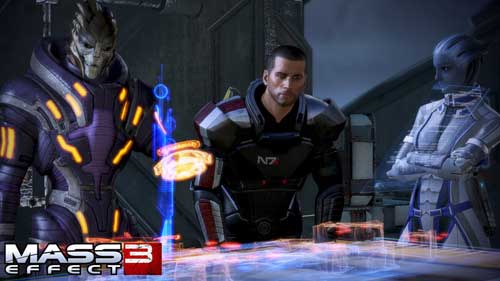 Mass Effect 3’s Lead Writer Mac Walters discusses the emotion and character development in the Mass Effect world. The iterative process behind creating a Mass Effect game is clearly one of the strengths of the Bioware team.

Earth is burning. Striking from beyond known space, a race of terrifying machines have begun their destruction of the human race. As Commander Shepard, an Alliance Marine, your only hope for saving mankind is to rally the civilizations of the galaxy and launch one final mission to take back the Earth.

Mass Effect 3 is due out in less than two months on PlayStation 3, PC, and Xbox 360.