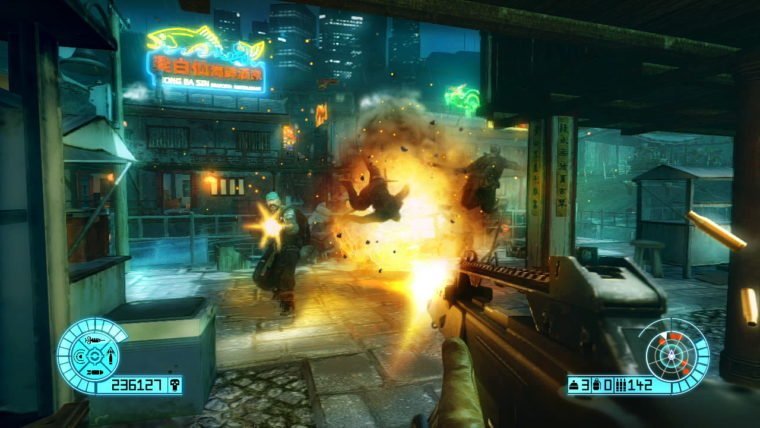 Bodycount is still in the early stages of the development cycle but released it’s E3 footage last night on GTTV. The first person shooter by codemasters is said to have some really intruiging features, namely destructible environments. Black also made headlines last week when he claimed the controls for Killzone 2 “were a bit poo” when speaking with Destructoid.

And particularly on the PS3, where that right stick is very loose, you have to work really hard to [get] a good feel on that. You don’t want to have to spend a lot of time looking around, and they didn’t do a good job with that right stick in Killzone 2. That’s one [game] where I’ll say, ‘That was a bit poo, really.’

So perhaps it’s safe to assume that the controls are going to be really really special.

Update:  Bodycount turned out to be spectacularly unspecial, according to critics.  When the game finally released in the fall of 2011, it recieved poor reviews accruing a 50/100 on Metacritic.