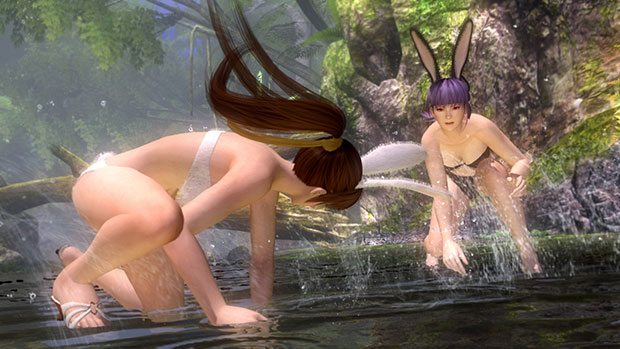 A new trailer from Tecmo for Dead or Alive 5 details the “Bunny Angels” and by details I mean showcases Kasumi and Hitomi jiggling around in lingerie.   The DOA Angels set was recently announced as a pre-order bonus for Dead or Alive 5, and will include a set of sexy costumes for Kasumi, Leifang, and Hitomi.

If you’re not all about the sexy aspect of this fighting game, you’ll be happy to know that DOA5 isn’t all T&A.  A newly revamped fighting system was explained to us at E3 2012, by a pro-gamer who had the scoop on the changes that have been made to the franchise since DOA 4.

Dead or Alive 5 will be released in North America on September 25th for the Xbox 360 and PlayStation 3.