Dust to Dust, Gears of War 3 gets new cinematic 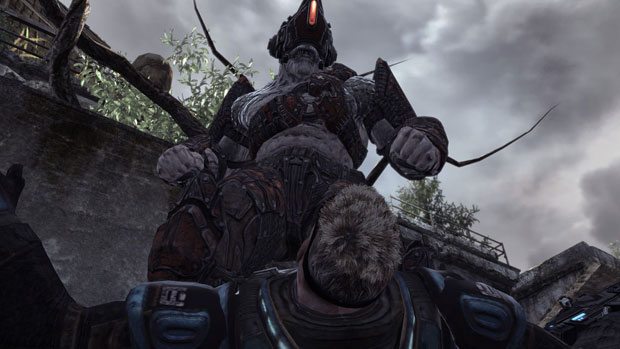 Epic has released the Dust to Dust trailer for Gears of War 3, and the tone is quite somber for the Delta Team.  It’s a more emotional approach for the team at Epic, and the latest trailer has some guessing as to what it means. You can see the armor changes from the first segment to the second, and initially the Delta Team is fighting off the locusts with a very distinct picture of General RAAM.  Cutting away to the present, the team drops in to save their friends from a combination of Locust and Lambent.

The first major exclusive for the Xbox 360 in 2011, and it couldn’t be a better choice to kick off this all important fall season of gaming.  Microsoft and Epic also recently announced the Gears Season Pass, by purchasing the Season Pass you can gain access to all of the upcoming Gears of War 3 DLC, as well as a bonus exclusive gun skin, while saving some money in the process.

Gears of War 3 launches on Septemeber 20th, exclusively for the Xbox 360.