Is Fight Night Champion a Racist? 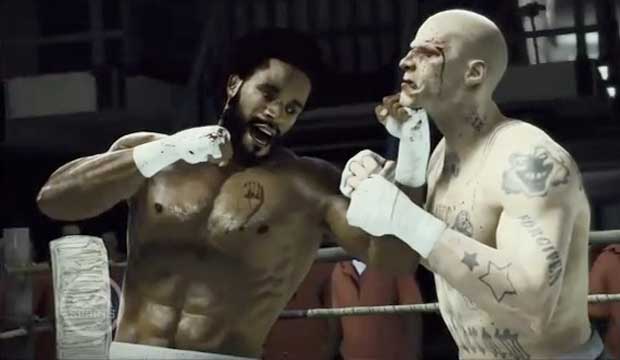 On the weekend before the game’s release, FIght Night champion videos have been cropping up on Youtube.  Apparently, this is the introduction the game.  And in this introduction, your corner man urges you to “Knock this Cracker Out”.  Is using the word cracker not a racial slur?  I wasn’t sure so looked it up on the internet.

According to wikipedia, Cracker or “white cracker” is a pejorative term for poor white people.  It is especially used for the white inhabitants of the states Georgia and Florida in the United States, but is also used throughout the Southern United States and more widely used in North America.

One theory holds that the term comes from the common diet of poor whites. According to the 1911 edition of the Encyclopedia Britannica, it is a term of contempt for the “poor” or “mean whites,” particularly of the U.S. states of Georgia andFlorida (see Georgia cracker and Florida cracker). Britannica notes that the term dates back to the American Revolution, and is derived from the cracked corn which formed their staple food.[2] (In British English “mean” is also a term for tightfistedness,[3] although in this context that is irrelevant as mean also refers to being ignoble or inferior[4]).

Yet another theory[citation needed] is that the term derives from an Elizabethan word used to describe braggarts. The original root of this is the Middle English word crack meaning “entertaining conversation” (one may be said to “crack” a joke); this term and the Gaelic spelling craic are still in use in Ireland, Scotland and Northern England. It is documented in Shakespeare’s King John (1595): “What cracker is this same that deafs our ears with this abundance of superfluous breath?” – Wikipedia

Yet another theory is that the term derives from the sound of a whip being cracked by slave owners, or because crackers are generally white in color.