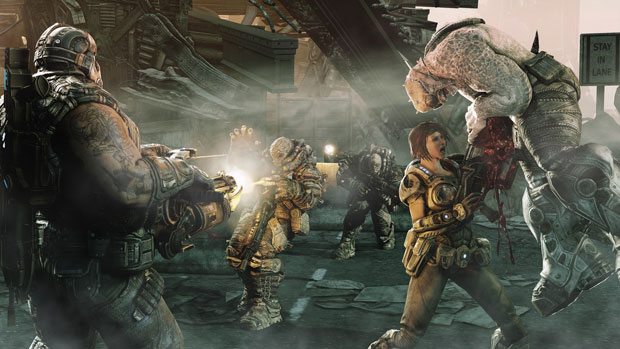 Gears of War 3 came strapped with a ton of unlockables last week when it launched on Xbox 360.  And now, the hunt for Easter Eggs has begun.  Thankfully, the hardwork of the guys at Gamefront paid off.  A new unlockable weapon was discovered called the Cluckshot, and it’s going to take some serious gear grinding to unlock.

A video was posted that details precisely how to unlock the new weapon, and it’ll take you finishing off a handful of chapters in Gears of War 3 on the Insanity skill level.

Before you go ahead and watch the video below, please take note that there are some spoilers involved.  Not only does it show off some of the story elements of the game, but the unlocking of the weapon  is also pretty special in itself.