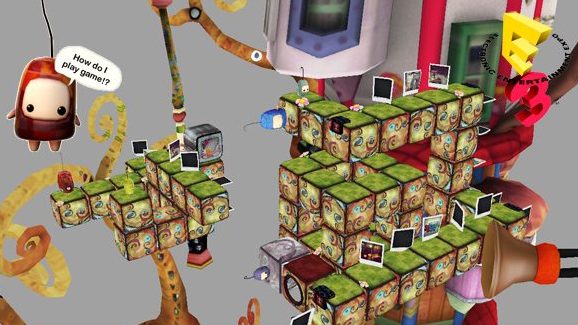 The team behind Lode Runner HD and Tecmo Bowl Throwback have another game in the works, this is one is a tad different through.  Ilomilo is a puzzle platformer from Southend Interactive that will have you racking your brain trying to control the two cutesy creatures and get this pair back together by solving 3D puzzle blocks.

Revealed a little over a month ago at the Nordic Games Festival, this new trailer has been released just in time for E3. Ilomilo is being developed for the Xbox Live Arcade no release date is known at this time.

Ilomilo has long been released why don’t you check out some of the indie titles on Attack of the Fanboy by going here.