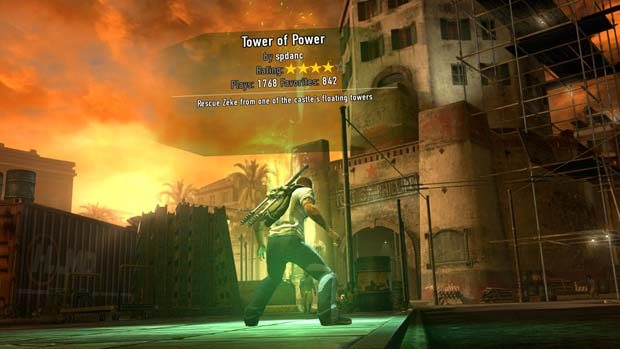 Sucker Punch announced a huge new feature of inFamous 2 today.  In an attempt to keep the fun endlessly rolling in once inFamous 2 launches later this year, they have incorporated a user generated content feature for the game.  If you are familiar with Little Big Planet, it lets users create levels as they see fit.  Users who create levels will have access to the same set of characters, creatures, and props as the developers do alongside creating new and unique mission parameters.

By bending and tweaking the rules, you can create an unlimited amount of levels in inFamous 2.  These levels will populate the world just as regular missions in the game, albeit with a PSN tag showing who created the content.  You’ll be able to rate the best experiences, and Sucker Punch claims they’ll be watching as well to promote the best content to a featured section for the game.

If you loved the creative streak that Little Big Planet gives, but just weren’t down with the child-like atmosphere of it all, inFamous 2’s creation mode may be just what you crave.  The public beta for inFamous 2 is set to begin in the beginning of April and a beta annoucement is coming on March 14th for details on how to get in on the trial.