Get your first in-game glimpse of Dishonored 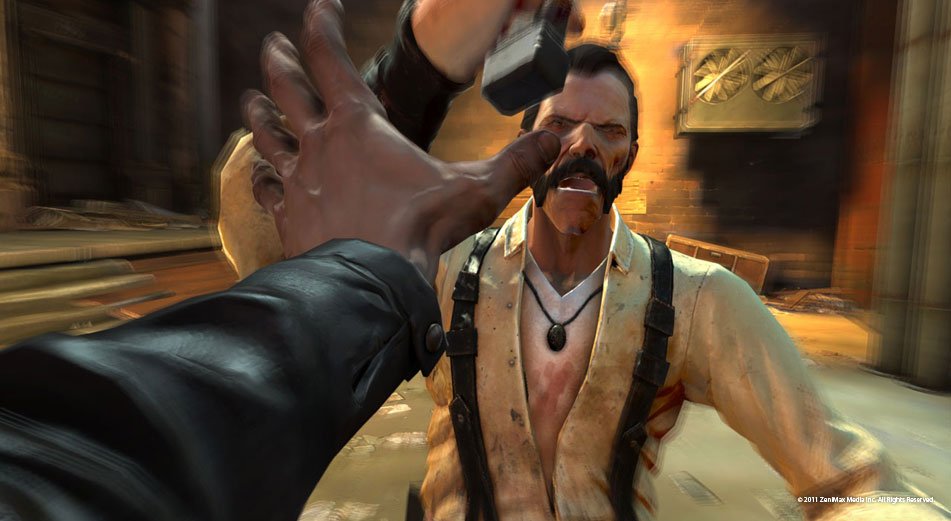 Very few non-sequel games can generate the amount of buzz that Dishonored has managed to without showing one ounce of gameplay footage. Now that Gamespot has managed to nab some exclusive in-game sequences from the heavily anticipated stealth-action assassination game, we no longer have to worry about it looking pretty; it does.

Co-creative directors Raphael Colantonio and Harvey Smith sat down with Gamespot to talk about some of the unique aspects and concepts that Dishonored is planning to bring to gamers. Smith is no stranger to the stealth-action genre as he has previously worked heavily with the Deus Ex series, and clearly he plans on implementing some of those very same components in Dishonored. Factor in that knowledge with Bethesda as the game’s publisher, and add in a number of sandbox-style assassination elements that have made the Assassins Creed franchise so popular, and you have a game that will surely not disappoint fans of the genre.

The new in-game footage showcases the prowess of the modified version of the Unreal Engine 3. Dishonored, clearly inspired by steampunk fiction and Victorian era architecture and culture, will be played in first-person as players will have to utilize a number of supernatural powers as well as the environment itself  in order to defeat and evade enemies of the centralized, industrial government that is ever-watchful of civilian activity.

Though the video doesn’t reveal a whole lot we didn’t already know, it does affirm our belief that this game is undoubtedly a title to keep an eye out for. Smith asserts that player powers will include a short-range teleport ability called “Blink.” With it, players will be able to stop bullets as well as time itself should the situation call for it. Players will also be able to summon and posses the city’s various animals and creatures.

Smith and Colantonio hinted toward a unique eavesdropping component that could become an essential part of the game’s stealth aspects. Listening in on guard/civilian conversations and picking up clues can change your objectives and even the way you approach a particular mission based on what you’ve overheard.

Still no release date as of yet for Dishonored, but if this game find its way to store shelves before the end of 2012, we could easily be looking at a release schedule magnitude reminiscent of last year’s. Check out the new gameplay footage below:

Home / Game News / Get your first in-game glimpse of Dishonored